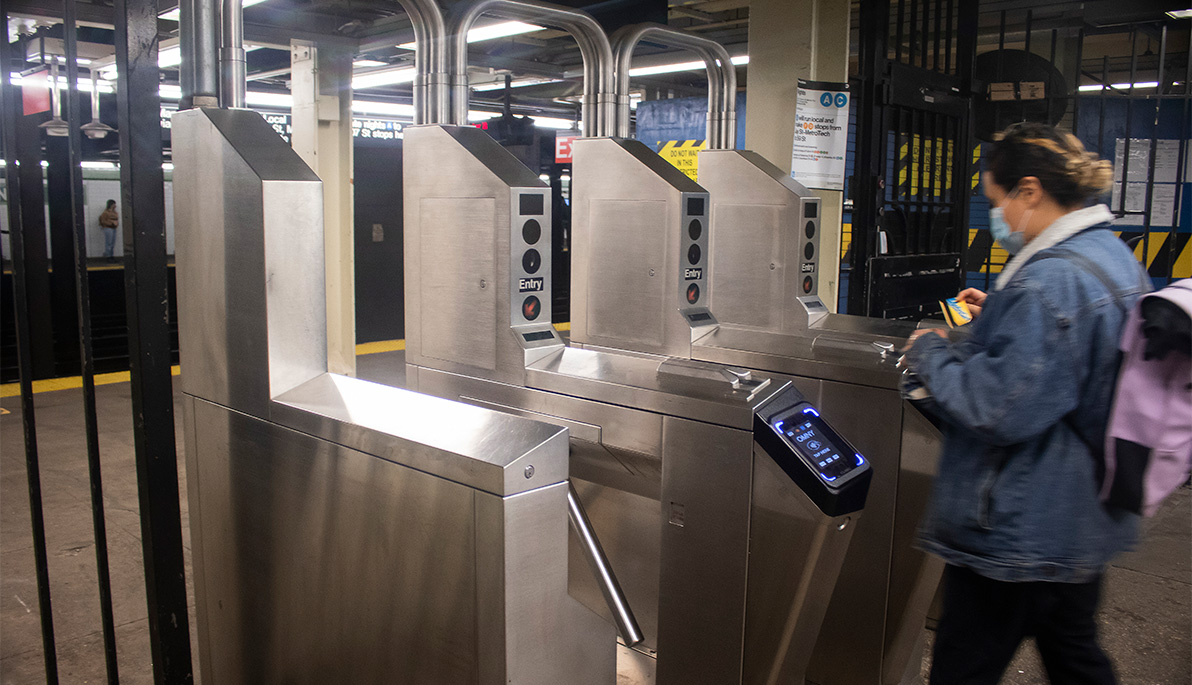 Little was known about the COVID-19 pandemic and its spread in January 2020 when the first case was reported in the United States. What experts knew was that it was highly contagious. “At the beginning of the pandemic, we were getting mixed messages about how this virus spreads,” said Associate Professor of Electrical and Computer Engineering Cecilia Dong, Ph.D. “Public spaces where people gather were of big concerns.” Dong, along with faculty and students from New Jersey Institute of Technology and SUNY Downstate Health Science University, set out to find out if there was a link between subway ridership and the spread of COVID-19.

“As most of our faculty and students rely on the subway and other public transportation to get to school, we wanted to learn about the impact of this and how crowded subway cars could be potential places where people may be exposed to the virus,” she said.

The group examined subway turnstile data from March through May 2020 to see if there is a correlation between subway ridership and COVID-19 cases and deaths. Their findings published in the Infectious Disease Modelling Journal. Dong sat down with The Box to talk about the research and how safe the New York City subway actually is.

Can you talk about your research “Time Series Analysis and Correlation of Subway Turnstile Usage and COVID-19 Prevalence in New York City” and what you discovered? We found a high correlation between the number of subway passengers a few days before the reported number of COVID-19 deaths at the beginning of the pandemic. We used Auto-Regressive Integrated Moving Average (ARIMA) to predict the potential trend of COVID-19 cases and deaths and also backtracked to the onset of cases (often not diagnosed or reported) based on the data.

Based on the statistical analysis of subway ridership data and cases and deaths, we found the reported number of deaths is linked with subway usages, specifically a number of days earlier than the date of the reported deaths, indicating an incubation and symptomatic period.

Are you also concluding that people not wearing masks at the beginning of the pandemic resulted in a greater correlation between positive COVID-19 results and subway usage?
We cannot draw that conclusion yet; however, we are interested in comparing the New York City results with other cities on a similar scale that implemented a face-covering mandate to see their outcome.

Is it worthwhile for the MTA (Metropolitan Transit Authority) to do away with turnstiles for the benefit of public health?
This COVID-19 pandemic has exposed many issues in densely populated urban environments. New York City subway turnstile usage data is an indicator of subway ridership and how crowded the subway may be. Handles and seats on the trains may also carry contagions that subway riders may be exposed to. A contactless system may help to reduce the chances people may touch a contaminated surface and be exposed to contagions.

Based on your findings, how “dangerous” would you say the New York City subway system is when it comes to spreading disease? Is the subway safe?
Enclosed environments with poor ventilation have been reported to have a higher potential of spreading COVID-19. If proper measures such as social distancing and face coverings are strictly followed, subways can be safe to ride.