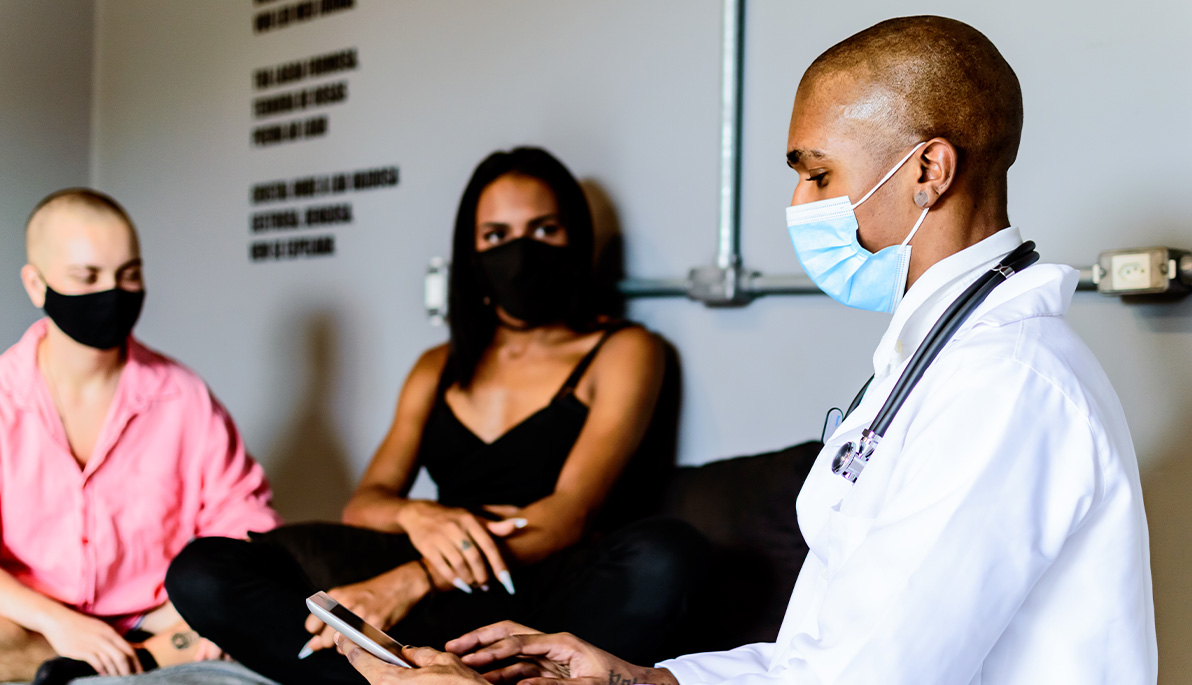 This is because they’re more likely to suffer from a number of underlying conditions, including asthma, hypertension, heart disease, and cancer that can lead to serious cases of the virus. This predisposition is also likely the result of discrimination, which often prevents LGBTQ+ patients from accessing necessary screenings and treatment.

In fact, the outsized impact of COVID-19 on the LGBTQ+ community has nothing to do with the virus itself but with longstanding health inequities, writes Nicole Wadsworth, D.O., dean of the College of Osteopathic Medicine (NYITCOM), in a Reuters op-ed.

“It is unacceptable that bias in healthcare continues to this day—but there are ways to end it. To root it out, we need to change how healthcare providers are trained,” writes Wadsworth.

LGBTQ+ people regularly face discrimination at doctors’ offices, according to a report by the Center for American Progress, and transgender Americans have it particularly bad.

Nearly three in 10 said a physician refused to see them because of their gender identity. And nearly one in four said a healthcare provider deliberately misgendered them—referring to them by the wrong pronoun—or called them by the wrong name.

Even the perception of bias can affect health outcomes. And in the most recent U.S. Transgender Survey, nearly one-quarter of respondents admitted they had avoided needed healthcare in the previous year due to concerns about mistreatment.

She contends that hospitals and healthcare facilities can start by implementing workplace training on diversity, equity, and inclusion. But training programs for current staffers are not enough. Educators must change the way they teach future doctors, nurses, and other healthcare workers—starting now.

“Providing healthcare workers with the knowledge and tools to treat LGBTQ+ people competently and compassionately is an essential part of ending discrimination in our healthcare system,” writes Wadsworth.

“To delay this work any longer would be hazardous to the health of millions of Americans.”

This coverage follows on the heels of a sponsored article in Inside Higher Ed, which highlights initiatives at NYITCOM and the School of Health Professions that aim to produce a workforce that is fully prepared to address the societal and medical challenges of increasingly diverse communities.

This op-ed is part of a campaign designed to help generate awareness and build reputation for the university on topics of national relevance. Read more op-eds by New York Tech thought lead

This coverage follows on the heels of a sponsored article in Inside Higher Ed, which highlights initiatives at NYITCOM and the School of Health Professions that aim to produce a workforce that is fully prepared to address the societal and medical challenges of increasingly diverse communities.