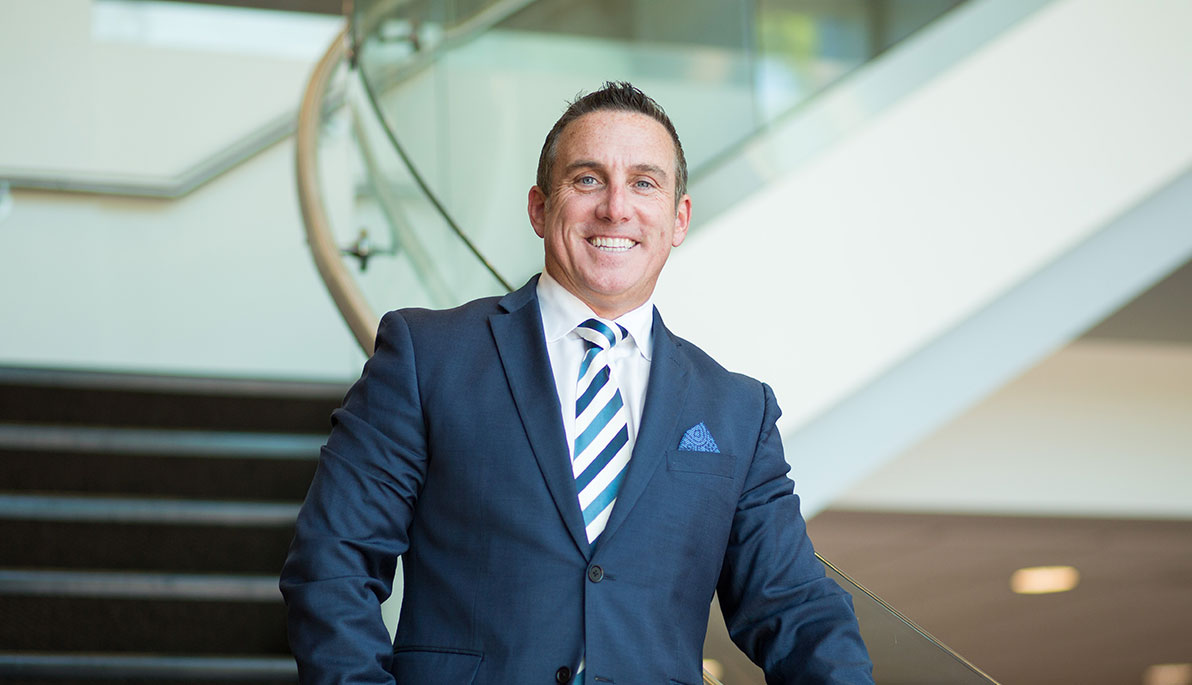 In his new role, effective April 16, O’Shaughnessy will lead a healthcare system that employs approximately 17,000 professionals and operates six Long Island hospitals, along with a network of physician practices and a home nursing and hospice service.

He has served more than 14 years in various leadership positions with Catholic Health. In 2020, the Long Island-based healthcare system launched a nationwide search for a candidate to succeed its retiring CEO, but no candidate filled those shoes better than O’Shaughnessy, who was serving as executive vice president and chief clinical officer.

In 2018, O’Shaughnessy played a critical role in expanding the partnership between Catholic Health and NYITCOM, which increased the number of NYITCOM clinical rotations and graduate residencies at Catholic Health facilities. In turn, this also supported the growing healthcare system’s demand for future physicians. Jerry Balentine, D.O., executive vice president and chief operating officer, worked closely with O’Shaughnessy during that time, in his former role as NYITCOM dean and vice president for medical affairs and global health.

“We congratulate Dr. O'Shaughnessy on this tremendous milestone and are very proud that an NYITCOM graduate will be at the helm of such a prestigious healthcare system,” said Balentine. “Dr. O'Shaughnessy continues to serve as an inspiration for our students, demonstrating what can be achieved with an osteopathic medical education. As Catholic Health continues to grow its footprint, we look forward to furthering our partnership and helping the organization to advance its mission of providing patient-centered, community-based healthcare.”

After graduating from NYITCOM, O’Shaughnessy studied emergency medicine at Beth Israel Medical Center and worked at the Albert Einstein College of Medicine and hospitals in New Jersey before returning to Long Island. Upon his return, he served as assistant director of emergency medicine for St. Charles and chief medical officer for St. Catherine of Siena. He landed at Catholic Health in 2013.

In an interview with New York Institute of Technology Magazine, O’Shaughnessy noted that medical students are the future for how healthcare will be delivered and offered these wise words to them: “We’re in the business of healing. We’re here to ease the suffering. Every patient you touch, you have an impact on their lives, their outcomes, on multiple levels.”