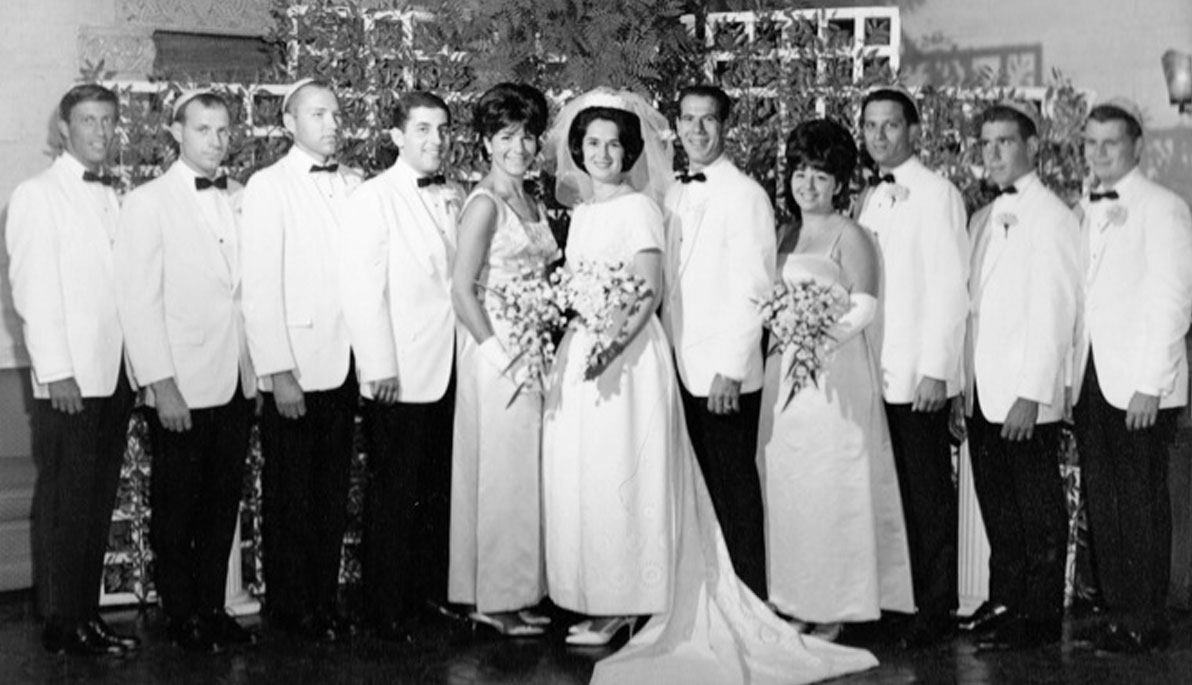 George Marks (B.S. '65) fondly recalls his time as a college student from his home in San Diego, Calif. He and his wife, Bette, celebrate their 50th anniversary this year as NYIT turns 60. They are pictured above on their wedding day.

"One of our most important dates was the 1965 senior prom," he said. "As class president, I was responsible for planning it [at NYIT's former 70th Street location in Manhattan]," he said. "Two months later, Bette and I were married. Getting my degree in mechanical engineering from NYIT was a start to a wonderful life. I received a job offer from Elliott Co., a division of Carrier Corp., and that led me to Solar Turbines in New York and later to San Diego in 1970."

Marks is still in touch with NYIT classmates Jerry Snyder (B.F.A. '65) and Dennis Kirshy (B.S. '65), who was the best man at his wedding.

Marks is an outdoor sportsman at heart—he played tennis and waterskied in his youth—and California's warm weather beckoned. However, one of his favorite hobbies flourished far from the West Coast's sunny beaches. "I learned photography in my winter days in New York and got some part-time work in San Diego where I learned real estate and wedding photography; those skills have served me well," Marks added.

Along the way, he also learned to fly and has accrued 3,000 hours, including six jaunts across the country. Now he and Bette spend most of their time traveling and photographing their destinations. Check out their photos online.