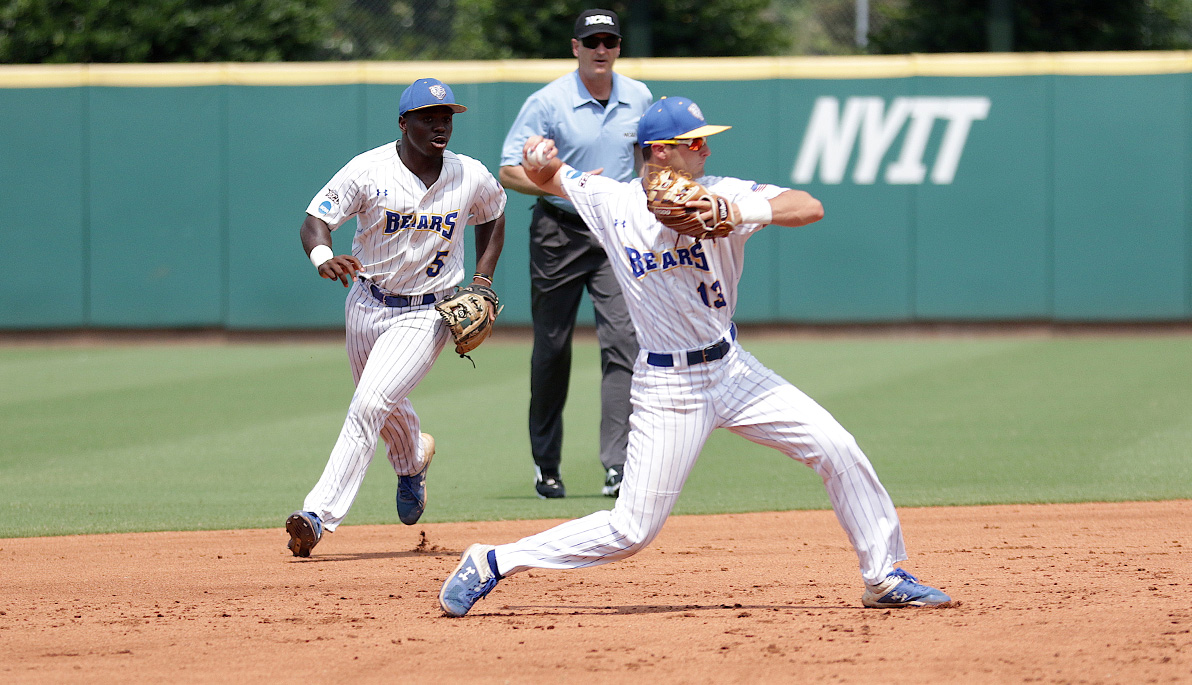 A historic season for the NYIT baseball team came to a close on June 3.

Fourth-seeded Ashland defeated the Bears, 8-3, in the College World Series at the USA Baseball National Training Complex, handing NYIT its second loss of the double-elimination tournament.

The season nonetheless proved a resounding success. Under first-year coach Frank Catalanotto, the Bears (37-16) produced a program record for wins, made their first College World Series appearance, earned their first East Region title and reached the NCAA Tournament for the first time since 1983.

NYIT, the eighth seed in the eight-team national tournament, had lost to top-seeded Colorado Mesa in the opener on Monday, June 1.

“A few of these teams that are here right now, when Day 1 started in the fall, they expected to be here. We didn’t,” Catalanotto said. “Now, we’ve got that experience. That unknown is washed away because we know what to expect. I think it’s only going to make us better and more prepared the next time we’re here. We’ll use this as a stepping stone to get better. This group is definitely a resilient group. They have been all year. But this is a group that’s going to take this experience and have it help us to move forward.”

Monday’s defeat ended the collegiate careers of first baseman Jake Lebel and outfielders Matt DeAngelis and Nic Lombardi, all of whom graduated in May.

“I’m speechless,” Lebel said about the program’s ascent this year.

Said Catalanotto, “I thanked the guys after the game for giving me such an enjoyable first season. Never in my wildest dreams did I think it would take that quickly. It’s a great group. I’m going to miss guys like Jake. He’s one of the pillars of this team.”

Starter Joseph Murphy navigated a tightrope to take a scoreless effort into the fifth inning. The southpaw stranded the bases loaded in the first inning and wriggled free of a jam in the fourth with two in scoring position and none out. Murphy was aided in the latter predicament by Kieran Dowd fielding a grounder and tagging the runner who broke off third base before throwing on to first base for a double play.

However, Murphy ultimately was charged with four earned runs on eight hits and two walks while striking out six in 5 1/3 innings.

Catalanotto went with starters DJ Masuck and Chris Mott as his first two calls out of the bullpen to try to keep Ashland at bay, but the Eagles only expanded their lead to 6-0.

Trailing by six runs, NYIT got onto the scoreboard with a three-run sixth that included John LaRocca’s RBI single and Dowd’s two-out, two-run single. But the Bears didn’t get any closer.

Still, there was pride afterward.

Assistant Coach Ray Giannelli, a former star with New York Institute of Technology and major leaguer, told the team during a postgame meeting: “Tech has always been a powerhouse, and we’re back there. Thank you, guys.”