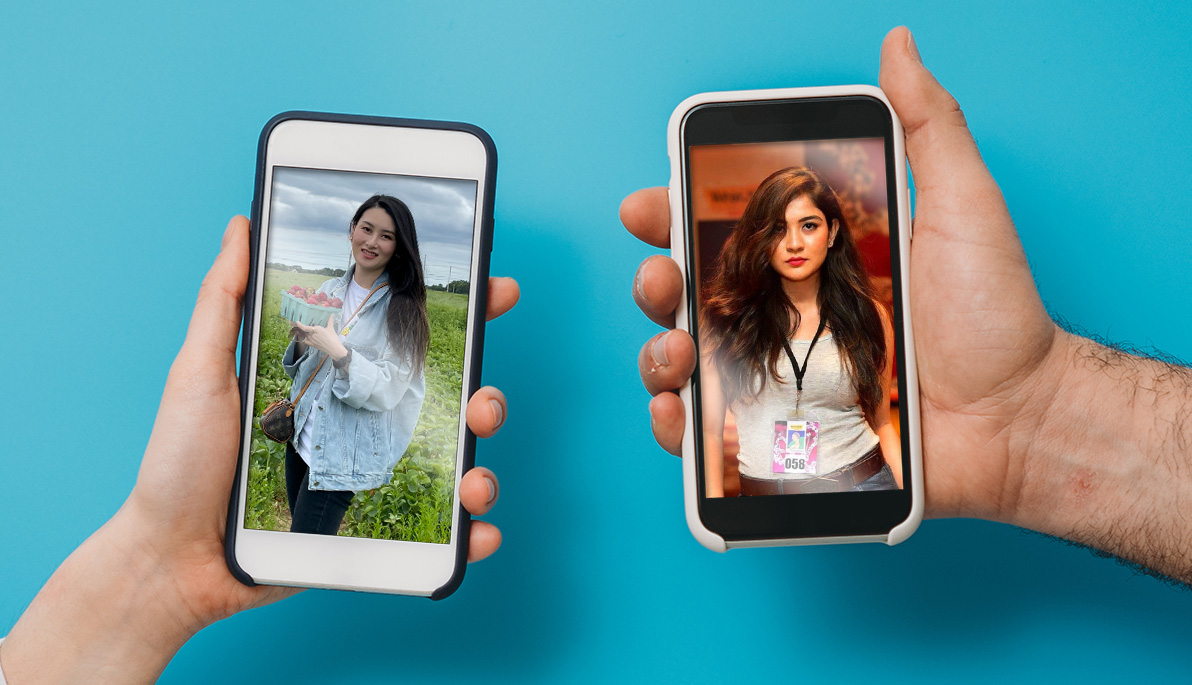 This fall marks the one-year anniversary of the launch of the Social Media Ambassadors Program, which was created to showcase what it’s like to be a New York Tech student at both the Long Island and New York City campuses.

The program kicked off with ambassadors Harminderjeet Kaur and Antonio Perez, who showed what it was like taking classes, participating in extracurricular activities, and maintaining a work-life balance—all in the midst of the COVID-19 pandemic.

With the success of the program and the start of a new school year, two additional students have joined the ambassador program: Shuoen Liu and Ekta Nath. Liu, a psychology major and the program’s bilingual/Mandarin-speaking ambassador, applied for the program as a way to increase her confidence and learn about New York Tech. Including a Mandarin-speaking ambassador was vital and shows prospective international students they are welcome here and that the New York Tech student experience is not monolithic.

“I firmly believe that becoming a social media ambassador can increase my confidence, know more about school life, and create better opportunities,” said Liu. “I love connecting with people and promoting things I love.”

Nath is pursuing an M.B.A. in operations and supply chain management. She saw the social media ambassador program as an opportunity to get an on-campus job that aligns with her personal interests as a content creator.

“This program has helped me tremendously and has given me the confidence to get out of my comfort zone, build better connections, and share my experience with everyone through my vlogs and various social media platforms,” she said.

In addition to hiring two more social media ambassadors, the program has launched a YouTube channel called The Bear’s Den, where viewers get a look inside the ambassadors’ lives at New York Tech. From indoor snowboarding, a day in the life of an M.B.A. student, to a tour of the New York City campus, subscribers and prospective students will see first-hand what it’s like attending New York Tech and what life is like as a college student.

In a series called “Tech Tracks” on New York Tech’s Spotify channel, the ambassadors share what songs they listen to during their study breaks. Check out their eclectic music choices, including playlists called Tech Tracks with Harmin and Tech Tracks with Antonio. And, to listen to what tunes are on the Billboard Top 100 or going viral on TikTok, check out the Welcome to The Bear’s Den playlist.