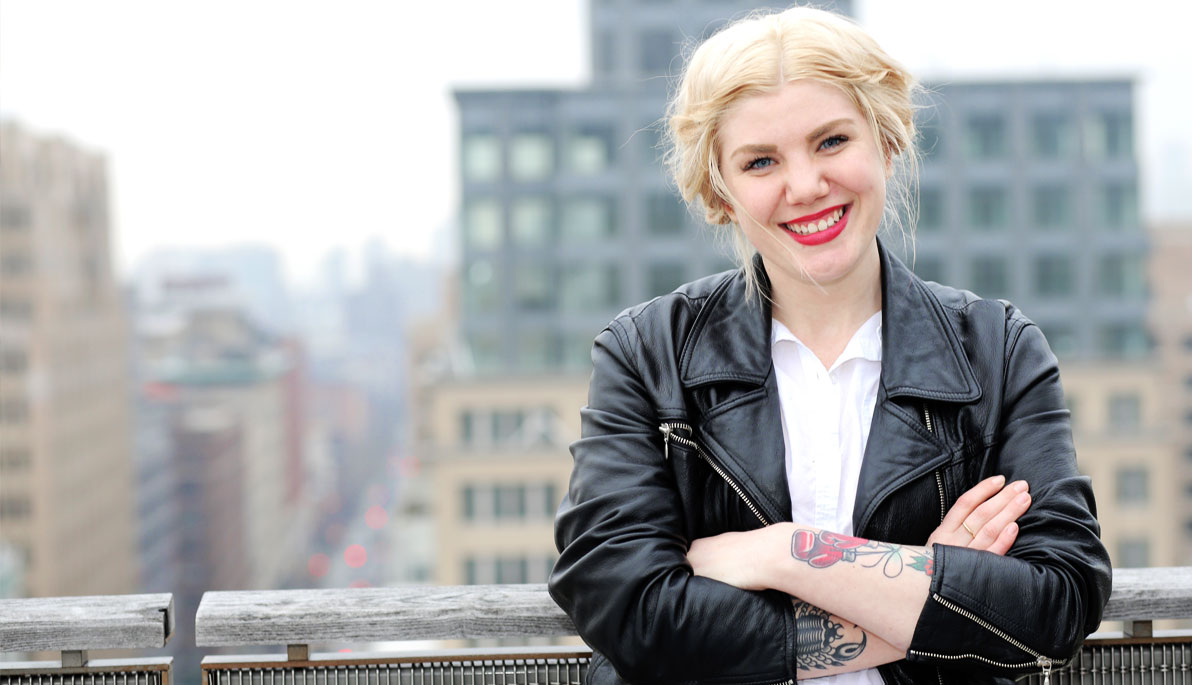 Growing up in Brockport, a small town in upstate New York, Tara Fraser longed for the fast pace of New York City. “I was on a choir trip my sophomore year of high school, staying in Times Square,” she recalls. “I called my mom and held the phone out the window and said, ‘can you hear it?’ My mom just heard noise, but I knew immediately that I loved it.” Today, as a digital producer at Carrot Creative (a full-service digital agency with clients including the Cartoon Network, Target, and the New York Yankees), Fraser is ensuring that living and working in New York City lives up to its promise.

Her path to producer was not as straightforward as a Manhattan avenue. After graduating from NYIT with a degree in communication arts, Fraser took a nannying gig that left her with free afternoons. She picked up a part-time job at Largetail, the in-house ad agency of lifestyle and design/culture publication Cool Hunting. Her responsibilities grew, and she decided to take on a new role at Edelman—one of the world’s largest public relations firms.

Fraser has always been ambitious and energetic but was also somewhat restless in high school. At NYIT, she explored new interests and found her stride. “I was paying for my own education and I suddenly valued it,” she explains. “My participation in college life took a 180. I really cared.” In addition to her studies, she dove into campus life. She pledged the Eta Chi Gamma sorority and helped found the Gay Straight Alliance at NYIT’s Manhattan campus.

Fraser valued the flexibility NYIT offered. “I learned things I wanted to learn and felt really independent,” she says. When she worked at Edelman, she entrusted her team with the same freedom as they collaborate on campaigns for her client Samsung Mobile USA. “I’ve benefited from some wonderful bosses who have given me opportunities and support but also let me figure things out for myself,” she says. When it comes to working with a team, “perfection is not the expectation. I have to be level-headed and a quick problem-solver and manage our team in a way that lets each person master the task in front of them.”

Fraser stays connected to NYIT by attending alumni and career service events, and hopes to inspire students to chart their own path to success—whether straightforward or circuitous. For example, although she initially hadn’t considered working in the digital space, it has opened up a world of possibilities for her. “The biggest misconception about digital is that you can’t relate to it,” says Fraser. “But it’s all about giving the consumer an opportunity to digest information in new ways that don’t seem so daunting. It can revive old industries, make the mundane seem interesting, solve everyday problems, and hopefully make people’s lives exponentially better.”