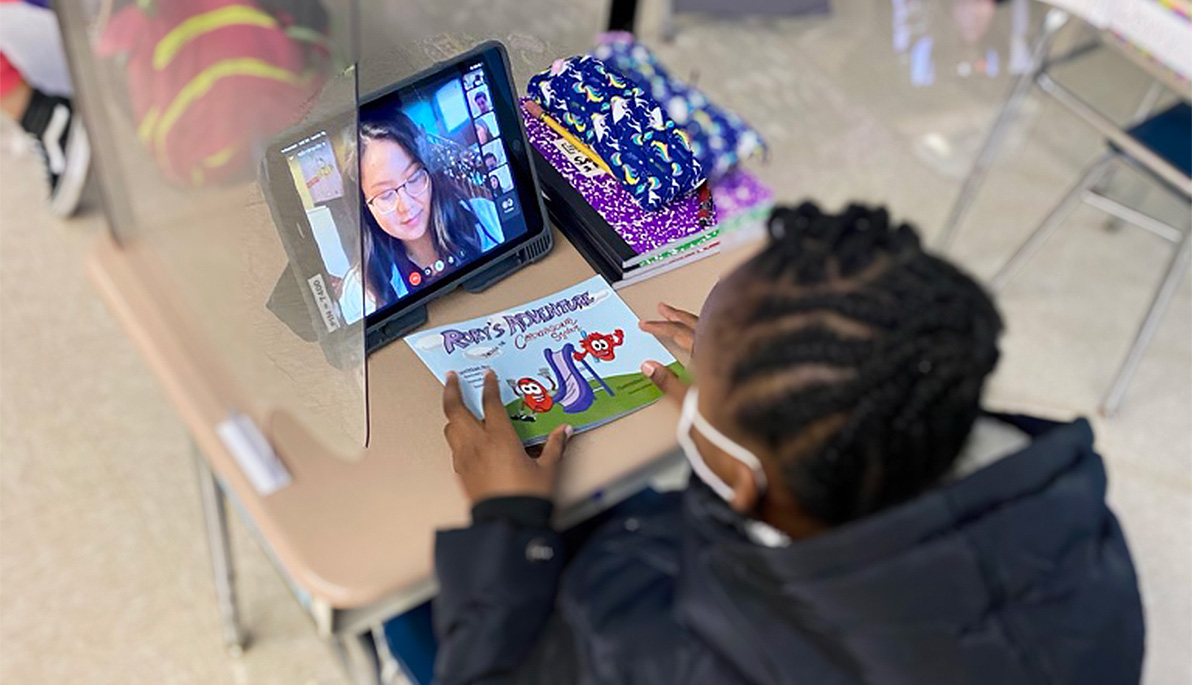 Pictured: An elementary school student from the Glen Cove City School District participates in the December reading of Rory’s Adventure Through the Cardiovascular System.

The NYITCOM Diversity, Equity, and Inclusion Committee and its subcommittees are part of the medical school’s Diversity Work Groups Initiative. Launched by Jerry Balentine, D.O., executive vice president and chief operating officer and former dean of NYITCOM, the initiative aims to make NYITCOM an even more inclusive medical school by nurturing community collaboration and addressing societal racism, discrimination, and prejudices.

The COVID-19 pandemic has disproportionately affected minority and underserved communities, emphasizing drastic public health inequities within the nation’s health care system. Addressing these disparities will require more physicians from these communities, who can best understand their patients’ cultural mindset and the realities they face.

However, the physician workforce in the United States is experiencing a lack of diversity. The Association of American Medical Colleges reports that only 5.8 percent of active physicians identify as Hispanic, and only 5 percent identify as Black or African American. Meanwhile, these populations account for 18.3 percent and 13.4 percent of the United States population, respectively. So how can medical schools inspire and educate a more diverse physician workforce?

NYIT College of Osteopathic Medicine (NYITCOM) is answering the call. The medical school has launched several new initiatives to connect its medical students with children and adolescents from underserved communities. Two of their efforts include book reading and pen pal programs, and are led by the Subcommittee for Student Engagement and Inclusion, a subset of the NYITCOM Diversity Equity and Inclusion (DEI) committee. 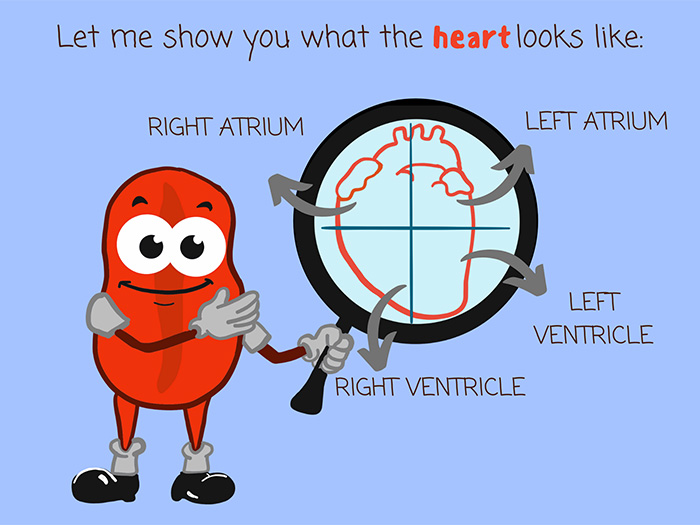 A page from Rory’s Adventure Through the Cardiovascular System demonstrates the four chambers of the heart.

This winter, the team organized two virtual book-reading events that allowed NYITCOM students to become the authors of their own children’s books.

In December, NYITCOM-Long Island students Melody Young and Jacob Salner, along with physician assistant students from St. John’s University, shared their book, Rory’s Adventure Through the Cardiovascular System with third-graders from the Glen Cove City School District. The book follows the main character, Rory, on an educational journey through the heart, blood, veins, and arteries.

The book is part of the “Rory Adventure Series,” which aims to help children understand the human body and cultivate an appreciation for science and health. The authors will also read their other book, Rory’s Adventures through the Respiratory System, at a future event for the Wyandanch School District.

At the second virtual book reading in January, NYITCOM student Arian Khoshgowari, who created the book Masked Heroes, read to third-graders and other elementary students from Nettleton University Heights School of Medical Arts in Jonesboro, Ark.

The story was a summer project that Khoshgowari co-authored and illustrated with his mother, Shideh. Medical students Hannah Kling, Mariam Khan, Caroline Kelley, and Khushboo Patel assisted with the reading.

“It was such a privilege to spend time with students and their teachers to emphasize three simple ways to limit the spread COVID-19 alongside my classmates,” said Khoshgowari.

Underscoring the book’s theme, Kling added, “No matter our age, we can all work together to limit the spread of COVID-19.” 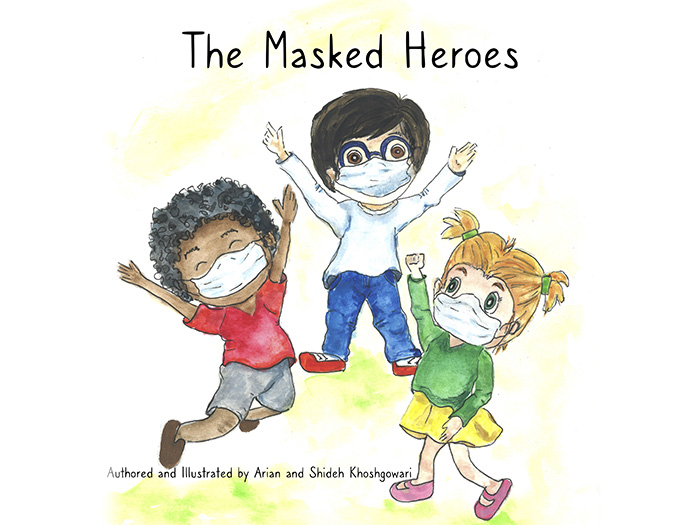 Cover of The Masked Heroes by NYITCOM-Arkansas student Arian Khoshgowari.

The readings’ success was largely due to the team’s existing relationships through their work with other community outreach programs such as STEP, an after-school STEM program for Long Island middle schoolers, and Project Heart, a summer camp that introduces high school students to medical careers. These connections have also driven the success of the group’s other initiative, its pen pal program.

Through the pen pal program, which is managed by Young, NYITCOM students act as mentors to sixth- and seventh-grade students. The medical students correspond with the middle schoolers, helping to fuel their interest in STEM and encouraging them to pursue future careers in medicine. So far, the pen pal program includes more than 120 middle schoolers and medical students from both NYITCOM locations.

“I fully did not expect the joy a letter from a sixth-grader could bring me. At this point in their lives, they are so full of enthusiasm and I hope our medical students will make a difference in their lives,” said Young. “Although we might not see the effects today, tomorrow, or next week, I am optimistic the impact of this kind of mentorship will ultimately create a future more representative of the America we live in.”