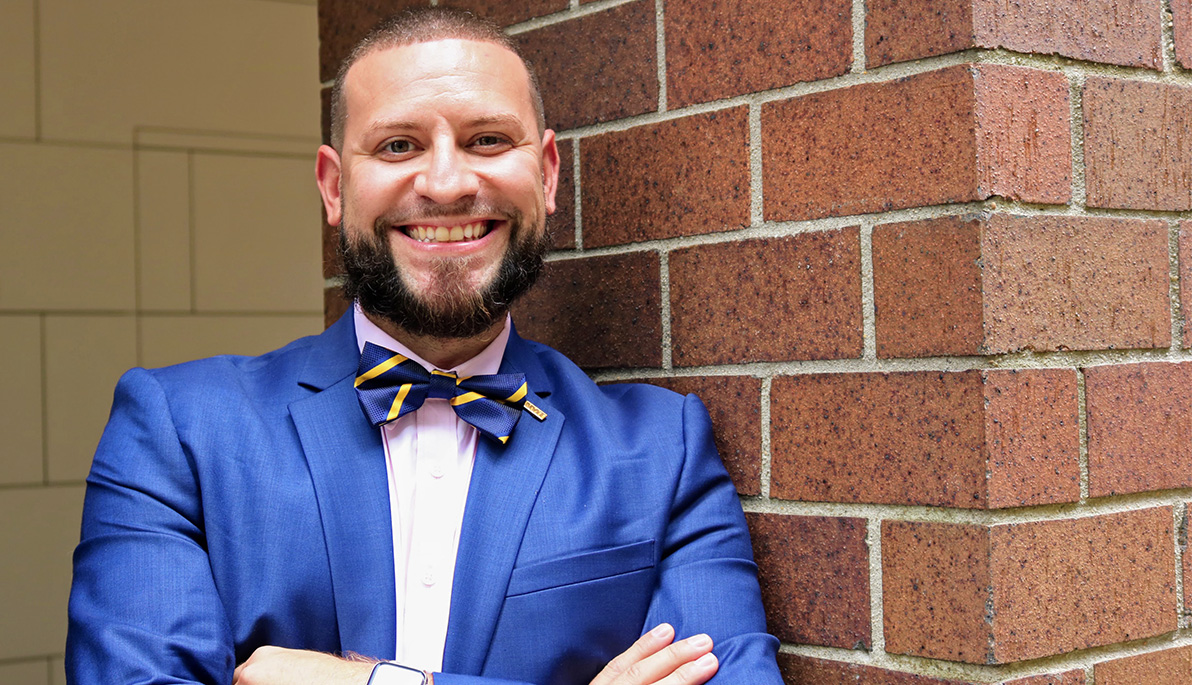 In a first-person narrative for The Box, Dean of Students Felipe Henao, Ed.D., discusses the importance of Hispanic Heritage Month and recognizes the many achievements made by Hispanics and Latinx in the United States.

This year marks the 53rd anniversary of Hispanic Heritage Month. The celebration was introduced by Congressman George E. Brown of California and began in June 1968 as a week of commemoration. The celebration now extends to a full month starting on September 15 and running through mid-October. The month marks the independence celebration for many Latin American countries. So why should we be proud and celebrate?

Hispanics and Latinx have contributed, and continue to contribute, to the development and fabric of the United States, influencing popular culture through music, food, dance, as well as science, art, economics, politics, and other industries. (Hispanic refers to those with a Spanish-speaking background, Latinx are people who come from Latin America.) According to Pew Research, as of July 1, 2019, the Hispanic population in the United States totals 60.6 million people, or 18 percent of the total United States population, making it the second-largest ethnic group. However, it is important to note that Latinx are not a monolith. We are multicultural from diverse social, economic, and geographic backgrounds, each with our own unique heritage and culture.

As a first-generation Colombian, I am extremely proud of the invaluable contributions and accomplishments that Hispanics and Latinx people have made in the United States. Hispanics have been at the forefront of activism, immigration reform, and cultural phenomena. From labor activist Dolores Huerta, co-founder of the United Farm Workers Association in the early 1970s, to Justice Sonia Sotomayor, the first Hispanic Supreme Court Justice, to popular musicians and actors including Jennifer Lopez, Sofia Vergara, Bad Bunny, Shakira, and Maluma to name a few. And we witnessed history during the 2020 presidential race when Julian Castro became the first Hispanic candidate for president of the United States.

Hispanics are changing the landscape of the workforce, and higher education continues to shift as the Hispanic population grows in the United States. According to the Hispanic Association of Colleges and Universities, Hispanic enrollment in higher education is expected to exceed 4.4 million students by 2025. Regardless if a college is a federally designated Hispanic serving institution, colleges and universities need to be prepared to serve the needs of Hispanic students. It is incumbent on us as educators to view Hispanic and Latinx students as positive assets to our institutions and create inclusive environments for their success. Hispanic students share a strong work ethic and deep family values, often coupled with being the first in their family to attend college. Social mobility and success take on a deeper meaning for many Hispanic students. We should be prepared to support and celebrate all of their accomplishments as part of the overall diverse fabric of students in America.

New York Tech is proud to honor Hispanic Heritage Month at both New York campuses with activities ranging from Latinx & Hispanic Celebration Night on September 30 to a powerful speaking engagement with Javier Avila on October 14. We invite and encourage the entire New York Tech community to join us!

Connect with the Latinx Student Union on the Long Island campus and participate in any of the activities throughout the month. Check out the calendar for a full listing of events. To learn more, reach out to Felipe Henao.