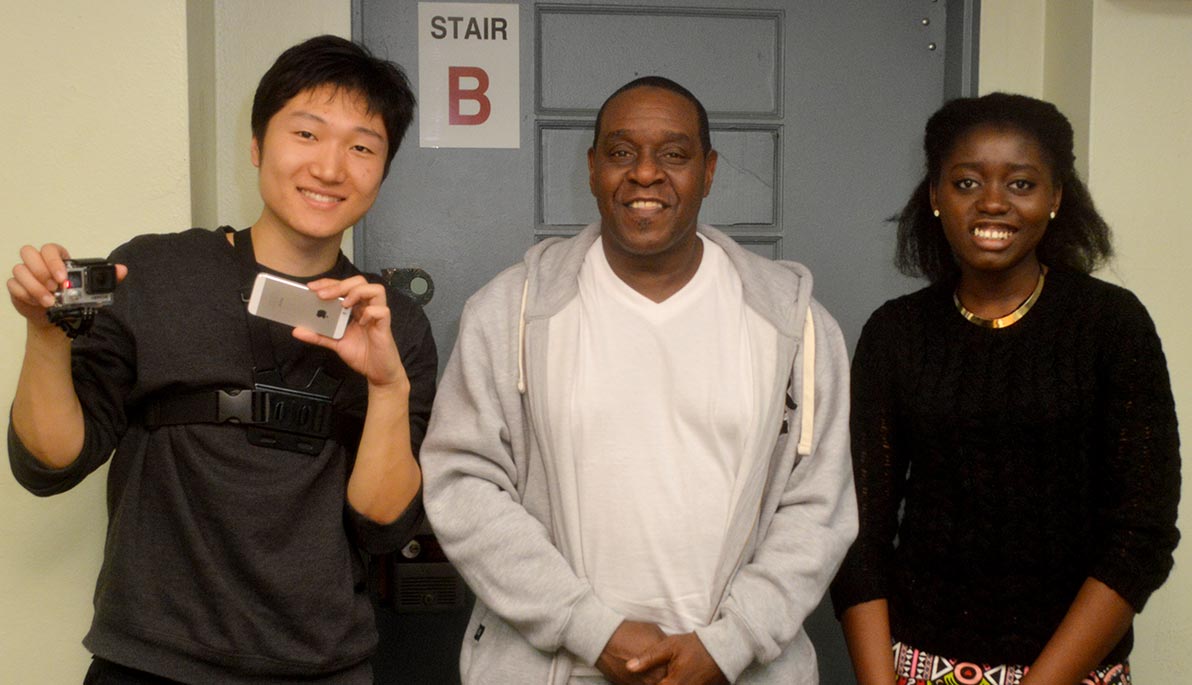 When Favour Akinjiyan embarked on the Harlem Legacy Project, she had preconceived notions about the community at the heart of her assignment.

"I lived in Harlem for a year and always felt my neighborhood's problems were due to a lack of motivation from its citizens," says Akinjiyan, a senior from Lagos, Nigeria, who studies life sciences at NYIT. "The major thing I learned from this project is to make conclusions only after seeing the full picture."

Harlem, like many neighborhoods around New York City, is undergoing numerous changes, including gentrification. Still, drug and crime troubles have plagued the area for decades, such as a crack-cocaine epidemic in the '80s, and that legacy continues to have consequences for residents seeking safe, healthy lives. According to data from the New York City Department of City Planning (NYCDCP), the drug-related hospitalization rate in East Harlem is 181 percent higher than the city's average (view full report PDF).

Akinjiyan was one of 10 students who delved into the neighborhood's story by participating in the Harlem Legacy Project as part of Community Service Elective (URBA 300) offered through NYIT's B.S. in Urban Administration program. Amy Bravo, assistant dean for NYIT Career Services, teaches the course, and partnered with the nonprofits Let's Talk Safety and SAFE (Substance Abuse Free Environment) in Harlem Coalition to develop the project. Their goal was simple: capture the living history of Harlem residents.

"This project is perfect for students in an urban administration class seeking to understand the needs of a community, its residents, and the public programs designed to address them," says Bravo.

NYIT students recorded interviews with residents (all living in the Harlem Senior Citizen's Center on 134th Street) to learn about their experiences, such as how substance abuse in their neighborhood has impacted their lives and community. NYCDCP notes 11 percent of Harlem's population is 65 or older and suffers from greater mobility impairment and higher rates of poverty than all seniors in Manhattan.

Akinjiyan interviewed Ed Davis. A lifelong Harlem resident, Davis wanted to be the kind of male role model he never had. He decided to teach and for 28 years mentored students in the community where he grew up.

"In this way, he filled a void and provided kids with the support that eluded him during his early years," says Akinjiyan. "Through his story I'm reminded of the importance of paying it forward. His story is a call to action to the youth of today to recall the importance of giving back. I only hope we can respond with as much vigor as Ed." Akinjiyan's experience in the course has expanded her perspective and inspired her civic engagement in other ways. In March, she will travel to Nicaragua to participate in NYIT's Alternative Spring Break service project to help improve water quality for people there. She'll also serve as the civic engagement blogger for the NYIT Community Service Center in the spring 2016 semester.

NYIT students shared their experiences working on the Harlem Legacy Project at a SAFE in Harlem Coalition board meeting in December. They also presented a book made of written stories from the interviews and photos of their interview subjects. The photos will be displayed in a summer 2016 exhibit at NYIT Gallery 61.

"The next step is to run this again at other senior centers in Harlem and to eventually pair NYIT students with Harlem's middle and high school students to host the interviews and share their findings publicly," says Bravo. "Senior citizens are often an ignored population. They have so much wisdom, and when paired with the energy of youth, the potential for community change is enormous."

The Community Service Elective will be taught again by Bravo in the spring 2016 semester and is open to all undergraduate students. Read more about the course.