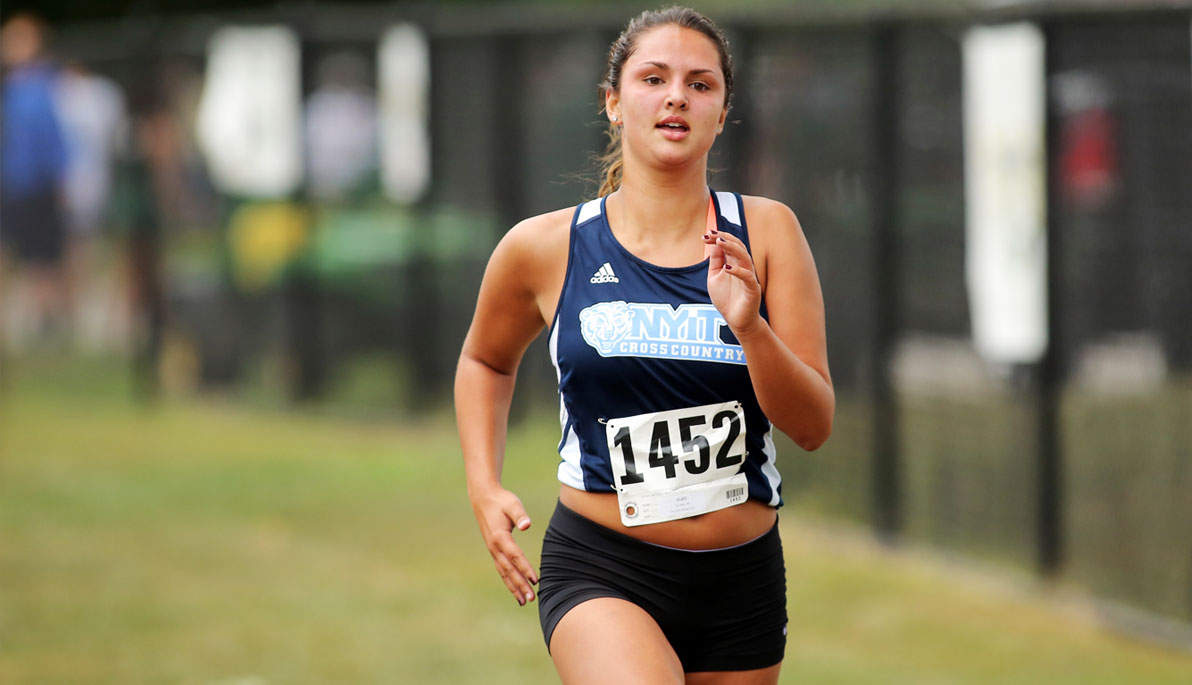 On an August day last year, Lia Matz was looking forward to returning to NYIT for preseason training as a member of the cross country team. On her way, she went to the doctor for her annual checkup.

"My doctors felt that my thyroid was enlarged and ordered a neck ultrasound," she recalls. "I saw an endocrinologist, who confirmed I had papillary thyroid cancer."

That was the end of September, only a month into her junior year as a business management major. "I was doing cross country, softball, 18 credits, and an internship," she says. "I had so much going on that I wasn’t any more tired than I expected to be." After the diagnosis, however, everything came to a screeching halt. No more cross country. No more fall softball.

For athletes, statistics are everything. "The bad news was that it was cancer, but the good news was that, as the most common type of thyroid cancers, it’s nearly 100 percent curable and treatable," she adds.

Yet there was one statistic she couldn't shake: Every doctor she met said that "nine times out of 10" her cancer was nothing to worry about. But in Matz’s case, the exception won out and the cancer spread. She was recommended to a surgeon at Memorial Sloan-Kettering, and by the middle of October, Matz had her thyroid removed along with 12 surrounding lymph nodes, nine of which were affected by the cancer.

"It was devastating to learn of Lia’s cancer," says Lenroy Raffington (B.S. '95), head cross country coach. "As someone who lost a sister to cancer, I had an idea of what she was going through. Her health became our immediate priority."

But despite everything, Matz refused to break focus on what she loved. She had been eager to meet up with the Athletic Department for its annual East Coast Conference (ECC) Team Up to Clean Up community service event at North Hempstead Beach Park in North Hempstead, N.Y. The event was only days after her surgery, and there was no possible way for her to be there in person. Instead, she texted from her hospital bed to make sure the Student-Athlete Advisory Committee secured pictures and interviews. Later, after she was released from the hospital, she traveled with the cross country teams to the conference championship and NCAA regionals. Unable to compete, she cheered on her teammates along the course. Matz became "team mom," supporting her teammates, making speeches before the races, and ensuring all of their meals were set up. She needed to be involved.

"She became our motivator," says Raffington. "Despite not being able to run, she played a vital role for our team."

As a member of the Dean’s List and the ECC Commissioner’s Honor Roll, Matz was also driven to succeed academically. She worked with her professors in the School of Management, who helped by rescheduling tests and assignments around her radioactive iodine treatments. Moments after learning she earned a 4.0 GPA for the semester, she found out she was cancer free.

"I was so happy," says Matz. "I was ready for my life to get back to normal."

She began running on her own again in preparation for the upcoming softball season, but it wasn’t until her first time pitching again that everything started to fall into place. The Bears were down 4-0 to the Penmen of Southern New Hampshire University, and although NYIT would go on to lose the contest, Matz entered the game in relief. She pitched three innings—no runs were scored, and she surrendered just one hit.

"There is a new fight in her," says head softball coach Steve Christianson. "She’s amazingly focused and she now has this edge to her. As a pitcher, you need that chip on your shoulder—she found hers."

The journey isn't over yet for Matz. She will have to take medication every day for the rest of her life, and every six months, she will meet with her endocrinologist, have her blood tested, and get a full body scan to check for potential new growths. Still, the hardest part is finished.

"I'm happy it’s over, but the experience also made me stronger," she says. "I feel lucky to be at a school that has such great faculty, students, and staff who were so supportive of me—that has made all the difference."