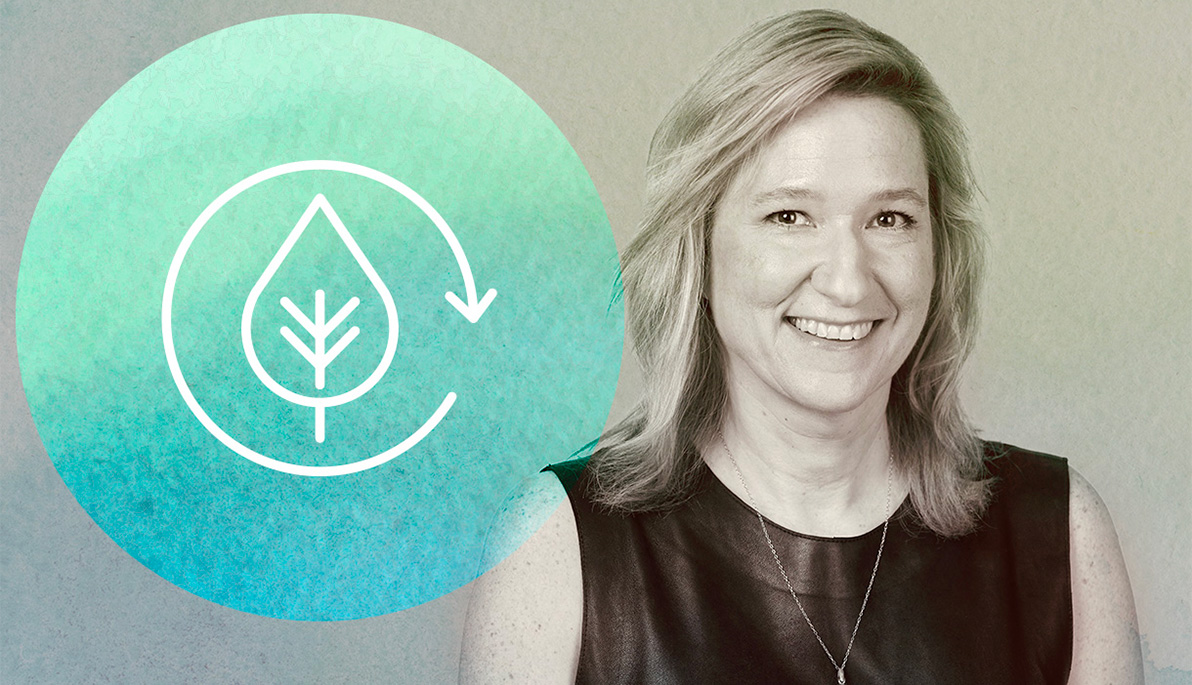 The Environmental Protection Agency predicts that extreme weather events will become more frequent and more intense with human-induced climate change. As vital hubs of knowledge and innovation, universities have a responsibility to lead by example and reduce their carbon footprint.

Musho’s virtual presentation highlighted environmentally conscious plans for the New York City and Long Island campuses, calling upon students, faculty, and staff to share ideas for a more sustainable future. “This is really also a call to action and a request for involvement from all of you,” she said.

Musho then began an enthusiastic discussion about the institution’s three-year sustainability action plan and various grassroots initiatives aimed at helping individuals to make “greener” decisions. As she noted, many of these goals are aligned with the New York State Energy Plan, which aims for renewable energy to provide 70 percent of the state’s electricity consumption by 2030.

In an effort to reduce fossil fuel dependence and reinforce energy resilience on the Long Island campus, New York Tech will explore the possibility of a geothermal well system and study electrical power resilience. Musho also relayed plans to “re-energize existing solar arrays,” including those at Anna Rubin Hall and Green Lodge on the Long Island campus, noting that additional solar opportunities may be available at both New York campuses.

When remnants of Hurricane Ida brought heavy rain and flooding to the tri-state area, New York’s coastal communities realized, firsthand, the growing impact of climate change. Given this, Musho’s team is actively taking measures to help ensure that the New York campuses are prepared for future storms. These include assessing campus locations for flood vulnerability, exploring opportunities to install flood barriers, and other preventative measures.

Studies have shown that when individuals feel more connected to nature, they are more likely to make choices that benefit the environment. In this spirit, Musho encouraged members of the New York Tech community to forge their own connection with nature through the university’s new and forthcoming grassroots initiatives. On Long Island, these will include an on-campus bike share program (“rolling out” soon), continued forest therapy walks, and future landscaping enhancements near the Healing Path and Serota Pond. Musho also hopes to hold exhibits featuring nature-inspired artwork at both New York campuses.

New York City students, faculty, and staff were encouraged to take advantage of the campus’s close proximity to city bike-share rentals, Central Park, and mass transportation. Similarly, as Musho noted, New York Tech-Vancouver also provides bike storage and is conveniently located near mass transit stations, including bus and metro lines. Using public transportation is one of the most effective ways that individuals can act sustainably, with benefits far exceeding other everyday energy-saving activities like using energy-efficient light bulbs and appliances.

There are also opportunities for NYITCOM-Arkansas to serve as an environmental steward within the local community, particularly as a source of potable water (treated drinking water), which can become scarce following a natural disaster. Given this, Musho recently presented water conservation strategies to Arkansas leaders at a regional conference on water stewardship and emergency preparedness.

Getting the Community Involved

In fielding questions, Musho noted that she would like to see a quarterly sustainability summit in which invited guests speak to students, faculty, and staff on various environmental topics. She also tasked students with forming their own sustainability committee to improve on-campus recycling options, implement composting initiatives, and brainstorm ways to reduce the consumption of single-use plastics.

In closing, Pratt stated, “It’s really reassuring to hear about the ways that New York Tech has engaged in efforts to address the impact of climate change on our campuses…we’re the next generation, so it’s definitely something we need to look out for.”

This event was sponsored by the Office of Student Engagement and Development, the Office of Real Estate Development and Sustainable Capital Planning, the Long Island and New York City Student Government Associations, and the NYITCOM Sustainability Committee.