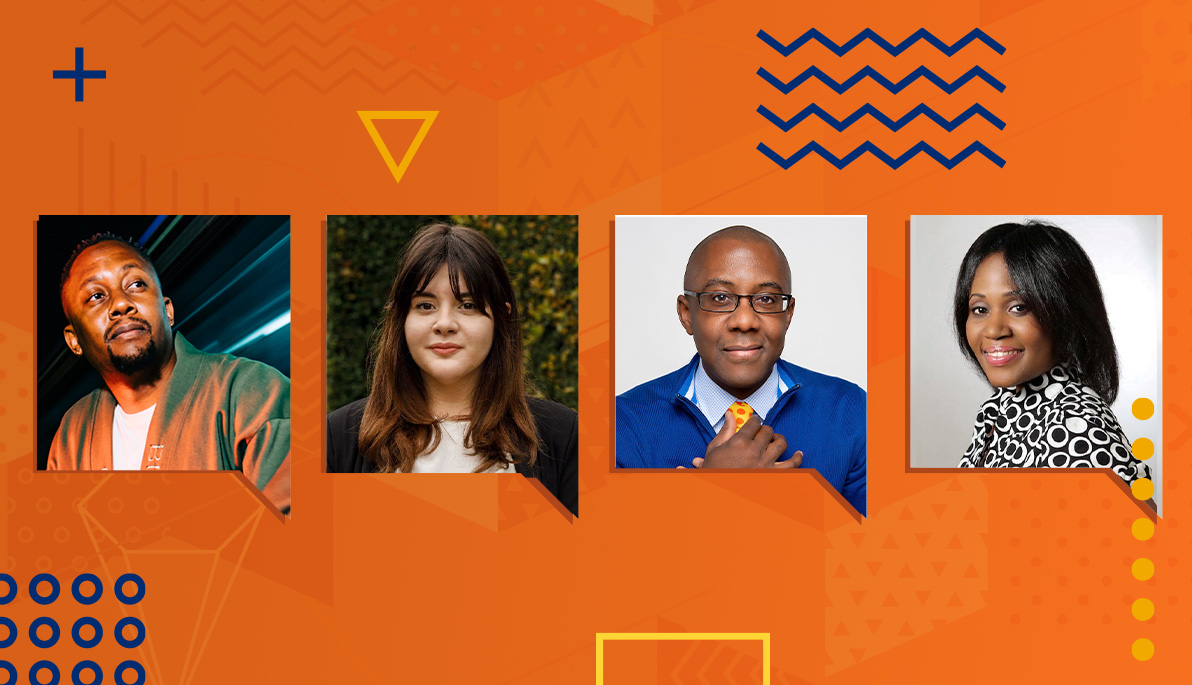 On Friday, October 29, 2021, President Joe Biden proclaimed November to be National Entrepreneurship Month. As the country celebrates its innovators, New York Institute of Technology celebrates its own entrepreneurs. Here are four alumni whose work is creating a ripple effect in their communities and beyond by providing solutions, job opportunities, and more. They sat down with The Box to talk about their businesses and how New York Tech prepared them for entrepreneurship.

Born and raised in Port-Au-Prince, Haiti, serial entrepreneur Johanne Brierre moved to the United States more than 30 years ago to pursue the American dream. And she is doing just that.

Her latest venture came in early 2020, at the start of the COVID-19 pandemic, when her cousin, a beauty entrepreneur, told Brierre about the difficulties of keeping her business doors open. Brierre saw a dire need to address the high rental costs of hair salons and booths. Her solution? NY Beauty Suites, a co-working space where state-licensed and insured beauty professionals can rent space for a low cost.

What does Brierre love most about her job? “Formulating ideas and working to give these ideas life,” she says. “However, I wouldn’t be able to do this without a supportive community that believes in me.” Including her alma mater. “New York Tech gave me the opportunity to connect with other like-minded entrepreneurs and business owners. This allowed me to grow as an entrepreneur and in my personal life.”

NY Beauty Suites is headquartered in the Flatbush neighborhood of Brooklyn, N.Y. She is opening a second location in Brooklyn’s Willoughby section in December.

If you are an aspiring entrepreneur, Brierre has three words for you: Don’t be afraid. “Don’t be afraid to try new ideas. You will not have all the answers or have it together, but keep moving forward which is better than standing still and contemplating.”

After being met with a number of obstacles, including trying to find a job after graduation, Thulani Ngazimbi had a heart-to-heart with his sister that changed the course of his life.

“She said, ‘Why don’t you start a company?’,” he recalls. Originally residing Idaho, Ngazimbi decided to build skateboards and called his company The Rad Black Kids. He started the company so people could see that Black kids are the same as everybody else. One week later, he incorporated the company name and six months later launched a clothing line.

Ngazimbi emphasizes that the sole mission of his company is a grand experiment to create a skate lifestyle brand that portrays Black people and tells Black narratives in ways they aren’t portrayed in the mainstream.

When asked if the experiment is working, Ngazimbi said, “Yes!” The Rad Black Kids merchandise is sold at Bloomingdale’s, Macy’s, and JD Sports. And, in 2019, it was named the best brand at N:OW at PROJECT Las Vegas, a fashion trade event.

Despite his success, Ngazimbi has also experienced his fair share of obstacles along the way.

“Every wall you can hit as a Black entrepreneur in America, you will hit it,” says Ngazimbi. “But, I think one of the things with those adversities is that we have to remember why we’re doing it. I’m doing it because, at some point, a kid is going to come along and revolutionize banking and going to make life a lot easier for Black entrepreneurs.”

Ramon Ray’s entrepreneurial journey started when he joined the National Society of Black Engineers at New York Tech and was elected the business manager of a student club. “I’m just very competitive,” he says. “I beat out [my opponent], and I’ll never forget that feeling—in a good way. I love verbal jujitsu. I think I [always] had the gift of gab, but my time at New York Tech helped me refine and upgrade it.”

Those transferable skills helped Ray become an entrepreneur and launch his online media company Smart Hustle, which features articles and a podcast to help small business owners grow their companies. Before that, he founded and later sold Small Biz Technology, another media company that helps educate small business owners and entrepreneurs strategically use technology to grow their businesses.

When asked where he finds his inspiration, he says his father. “As a child, seeing my father, who was an electrician in the church, wiring, and setting fire alarms, I think that side came from [my dad],” he says.

Reflecting on the importance of National Entrepreneurs Month, Ray says, “We celebrate all kinds of people. Without entrepreneurship, there’d be no light bulb, Tesla, and Amazon. I think it’s important to celebrate the creators, the doers, the inventors, and the risk-takers. Hopefully, it’s an introduction to others that, if you choose, you can do it, too.”

When Ana Robakidze realized she couldn’t find a solution to Application Programming Interface (API) documentation (a connection between computers or computer software programs) that provides the same high quality that well-known tech companies such as Stripe and Google provide, she decided to branch out on her own.

She partnered with her co-founder, Maria Doliashvili to start Theneo, a platform for creating straightforward and clear API documentation. According to Robakidze, they are one of the few companies that produce content. API allows two applications to talk to each other. “Each time you use an app, send an instant message, you’re using API. With our platform, we are making it easy for companies to generate high-quality, interactive API documentations so developers can very easily integrate with the system,” says Robakidze.

As a student, Robakidze was involved with several organizations, including being president of the Society of Women Engineers, which she says helped prepare her for entrepreneurship. “My leadership began right there, which aided in the development of my leadership abilities, and eventually led to management roles at work, where I gained enough experience to start and run a successful startup on my own.”

To those who are experiencing adversity and doubt, Robakidze shares how she approaches obstacles: “I try to imagine several worst-case scenarios and be prepared for them. I keep optimistic and consider many options. We’re engineers, after all, and one thing we’ve been taught well is how to solve problems.”