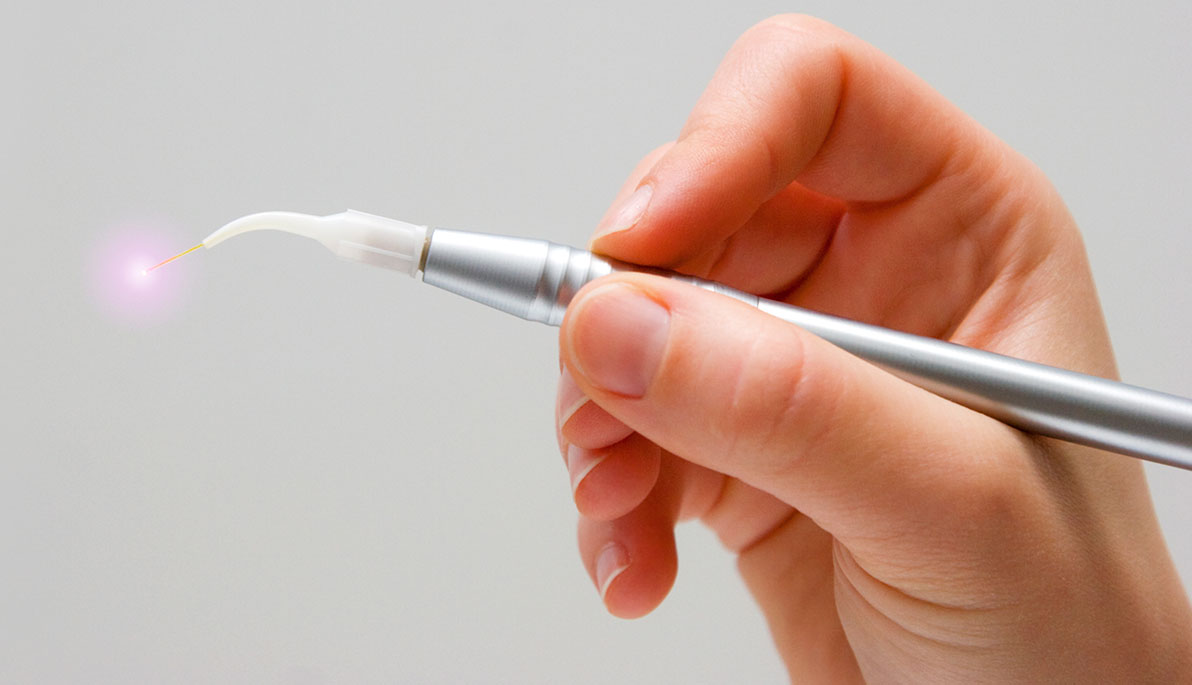 Drawing on his background in physics, optics, and calculus, Associate Provost for Academic Affairs Lou Reinisch, Ph.D., co-authored a paper showcasing how lasers can be beneficial in attacking bacterial colonies in human gums.

Reinisch along with David Harris, Ph.D., who heads a medical laser product firm, published their study, “Selective Photoantisepsis,” in the journal Lasers in Surgery & Medicine.

Bacteria colonies in human gums can cause inflammation and can develop into periodontal disease, which involves a more serious infection that breaks down the bones and tissues that support teeth. Reinisch and Harris set out to test the efficacy of lasers used to kill bacteria buried in gum tissue.

“The paper verifies or validates the use of lasers to kill bacteria and contribute to better health following periodontal treatments,” Reinisch said. “The findings are important because this opens up the possibility of tweaking a laser’s wavelength, power, and pulse duration to be the most effective for killing bacteria.”

For the study, Reinisch, an expert in laser surgery, created computer simulations showing what happens when various types of lasers are aimed at bacteria buried in different depths within gum tissues. He solved complex mathematical equations to produce virtual models for the lasers, gum tissues, and bacteria, and then produced video simulations from the computations.

“The study reveals what’s going on in the tissue, so I hope that we’re educating the medical professionals by demonstrating that you can do a good job of killing bacteria with certain lasers,” says co-author David Harris, Ph.D., director of Bio-Medical Consultants, Inc., which specializes in medical laser product development. “When you do this treatment, you remove an infection and allow tissue to regenerate. Getting rid of the infection means the tissue can heal without interference.”

In a first for the journal, the published results include video depictions of the computer simulations. Journal readers can actually see the soft tissue of the virtual gums and bacteria heat up and cool down as the simulated laser is scanned over the tissue.

Guided by the results presented in this study, both Reinisch and Harris expect that clinical trials will be designed to clinically validate their findings.