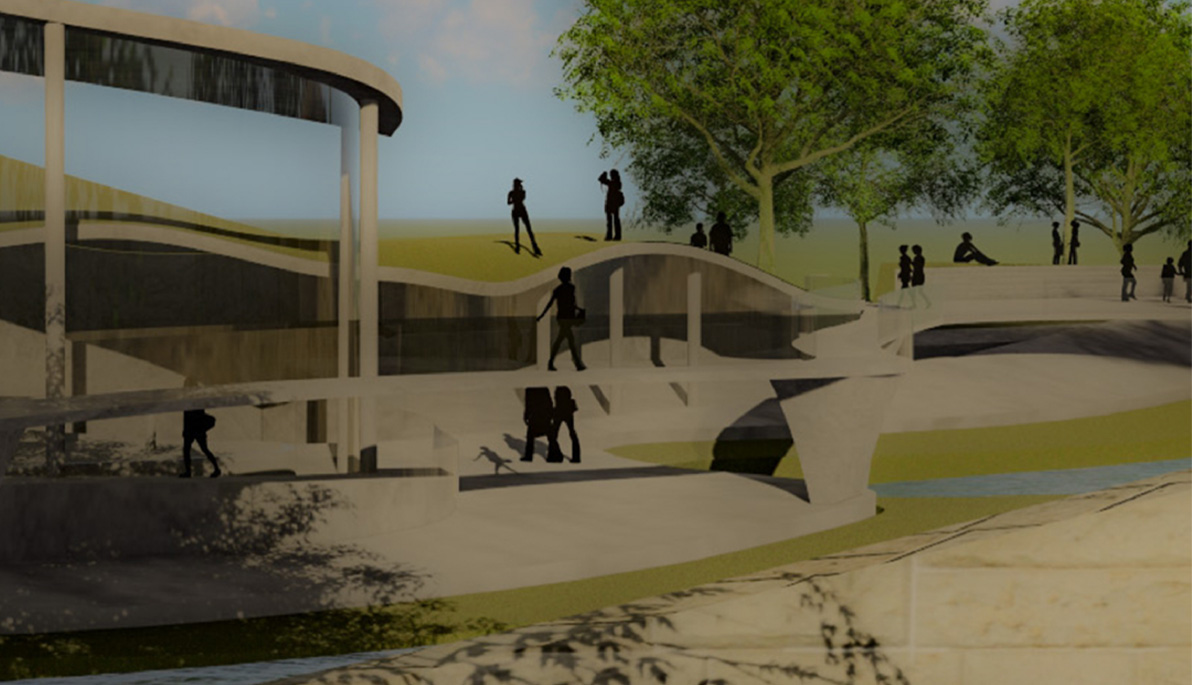 Pictured: “The Lifeline” is architecture student Eleni Papaiacovou’s idea for a functional museum commemorating the purpose of Central Park for her class project, Central Park Intervention.

When architecture student Eleni Papaiacovou worked on creating a design for her Central Park Intervention class project, little did she know her renderings would be on display on 27 kiosks throughout the Port Authority Bus Terminal in New York City.

“This is such an amazing opportunity for exposure,” she says. “I am the first architecture student to have my work displayed in such a capacity at the Port Authority Bus Terminal.”

Papaiacovou spoke to New York Tech News about how she learned about the opportunity, the inspiration for her design, and how her New York Tech education helped her take on the challenge.

How did you learn about the exhibition?
I met Myron Johnson, film production, entertainment, and cultural arts manager for the Port Authority of New York and New Jersey, through my uncle Alok Saksena, who was part of the AIA New Jersey (American Institute of Architects) and is now the corporate real estate regional director for the east coast market at United Airlines. Upon meeting Myron for the first time, I was 15 and very involved with the Sing For Hope foundation (which he facilitated), performing original music at the Port Authority balcony stage during the holiday season. I kept in touch with Myron, and as a student in the five-year B.Arch. program at New York Tech, I had the opportunity to share my work with him and [asked how] I could network within the architecture world. He presented the opportunity for me to create my own exhibition that would be shared with commuters, tourists, and visitors in the world’s largest bus terminal.

What inspired you to participate?
I was so excited when presented with the opportunity to submit my work for the possibility of an exhibition. I just went for it. My thought process was the worst thing I could be told is “No.” 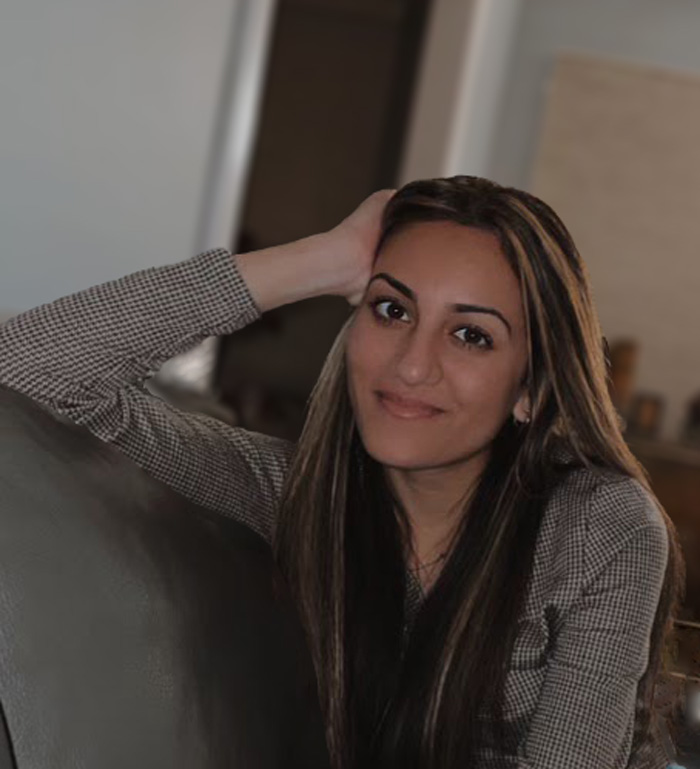 How did it feel to learn your work was accepted in the exhibit?
I was actually at work at a bakery named Empire Cake, located in Chelsea [when I heard the news]. I had just finished organizing orders and saw Myron had sent me a text message. It was two images of my work displayed at the Port Authority followed by “I want to hear the excitement over the phone!” I noticed the timestamp on the kiosk read “11:11,” a sign of synchronicity and luck according to my spiritually obsessed generation. The initial feeling made my heart warm and proud; I was not even sure how to express my excitement and gratitude.

Can you talk about your work that is on display?
The Central Park Intervention was a project for second-semester sophomores in 2022. Each student had to make observations and navigate different architectural concepts to create a functional museum commemorating the purpose of Central Park. My theme revolved around the concept of holistic wellness and the importance of taking a break from New York City’s “fast life.” An observation I made to facilitate this theme was how pathways and circulation often lead to cityscape views, which looked like lifelines. Thus, the intervention was named “The Lifeline.” 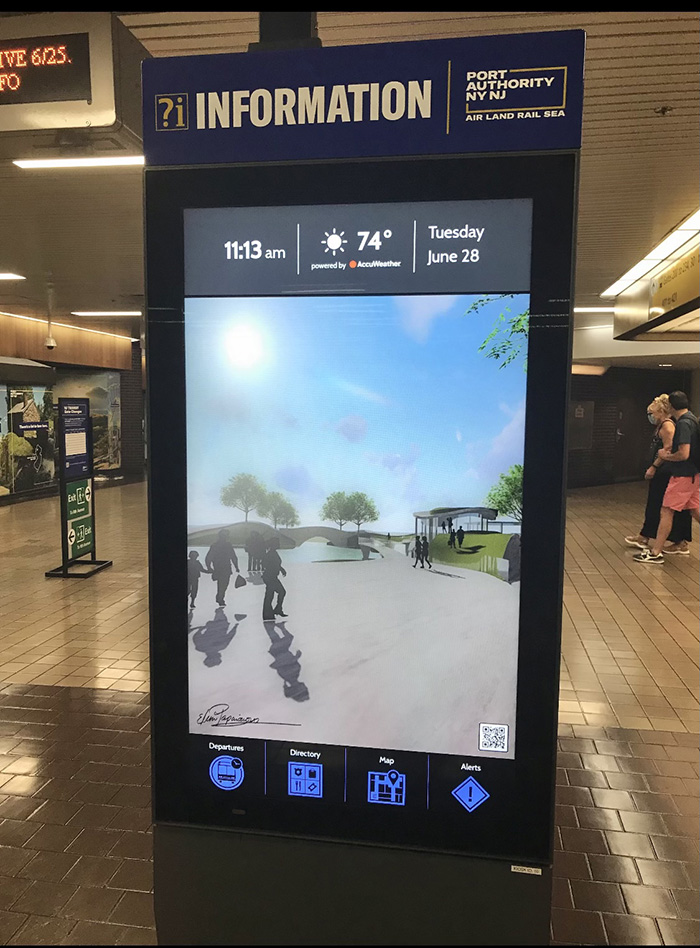 Eleni Papaiacovou’s project, “The Lifeline,” on display at the Port Authority Bus Terminal.

How did New York Tech prepare you for this opportunity?
My professors have provided me with the resources, training, and preparation to pursue architectural projects; my passion for architecture grew with a sense of holistic wellness, sustainability, personalized function, freedom, and art. A specific instance that was a personal turning point for me was when one of my professors took us to Central Park to see what architectural concepts we could extract and collect before starting an intervention. This was such a refreshing feeling, especially after two years of COVID impeding the traditional college experience. Despite the numbness in my hands from the severe cold outside while sketching, that field trip gave me a deep appreciation for studio culture.

How long will the exhibition run?
The exhibition is on rotation for 60 days. It was set up officially on June 28, 2022.