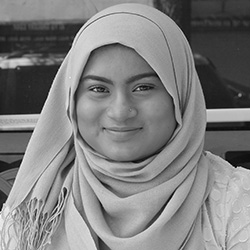 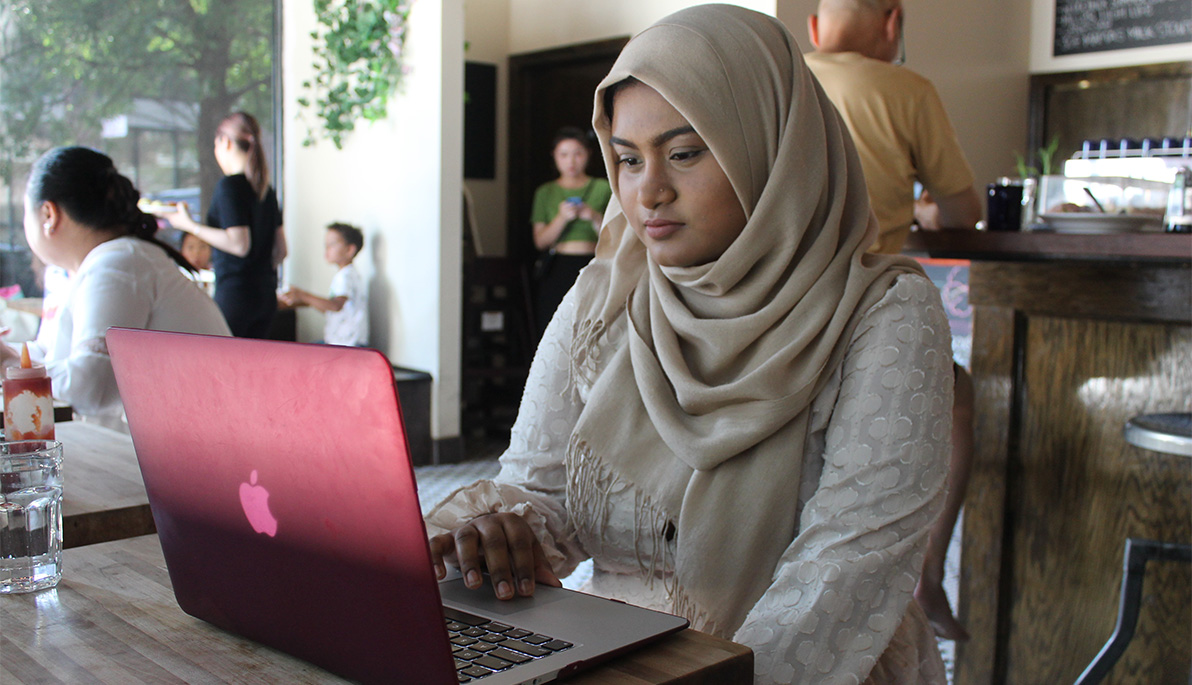 Computer Science major Nadia Hossain knows that her future holds big, important things. What exactly those things will ultimately look like, she is not exactly sure. But she believes with a degree in computer science she will have the skills to change the world. “Computer science can be applied to almost any industry, from creating a sorting algorithm for a retail store to writing code, to powering medical instruments,” she says. “The field is always expanding and changing. It’s growing rapidly and directly impacts the world in countless ways.”

Hossain, a Thomas J. Van Laan ’84 Scholarship recipient, has already sampled several different directions. Over the summer, she interned with DotDash, a production company that owns various websites, including Brides magazine and Byrdie. “I worked on the content management systems (CMS) team as a front-end developer, where I made changes into their CMS as needed,” she says. “Interning at DotDash was eye-opening because I was able to see first-hand what is expected from a front-end developer.”

As a member of an organization called Girls Who Code, Hossain also helped create a website aimed at helping people who were unfamiliar with the New York City subway system in a fun way. “Each train line had a page that listed notable sites, and incorporated a themed game for that train line,” she explains. “For example, the D train goes to Coney Island, so it would list Coney Island and also have a mini Coney Island-themed game.”

Of course, it’s not all about informational websites and games. Hossain and her fellow interns at DotDash created an app that allows people to look up political issues they are passionate about as well as find a list of politicians and their voting records. “All of my team members had to code in a language and use a framework that none of us have ever used. It was amazing to see the outcomes,” she says. “We started with no knowledge and learned so much.”

Hossain has a passion for being on the cutting edge of technology, and she and New York Tech are proving to be a perfect fit. “I’ve been lucky to have been taught by professors who have been out there in the industry,” she says. “They can share their insight and knowledge of what I can expect working in the computer science field.”

Being at the center of one of the busiest cities in the world doesn’t hurt either. “There are so many opportunities for internships and jobs. So many major companies are headquartered nearby,” she says. “It means you can get a degree and also gain experience in the field simultaneously.”

With all of these opportunities available to her, Hossain plans to explore her options. “The field is so broad, but New York Tech has given me the chance to explore so that I can decide which one I like best,” she says. “So far, I am aiming to go into data analytics.”

But no matter what she settles on, it won’t affect the aspects of the field that she enjoys the most. “You never stop learning, whether that’s learning a new language, framework, or system; you never stop because there will always be something to learn,” she says.