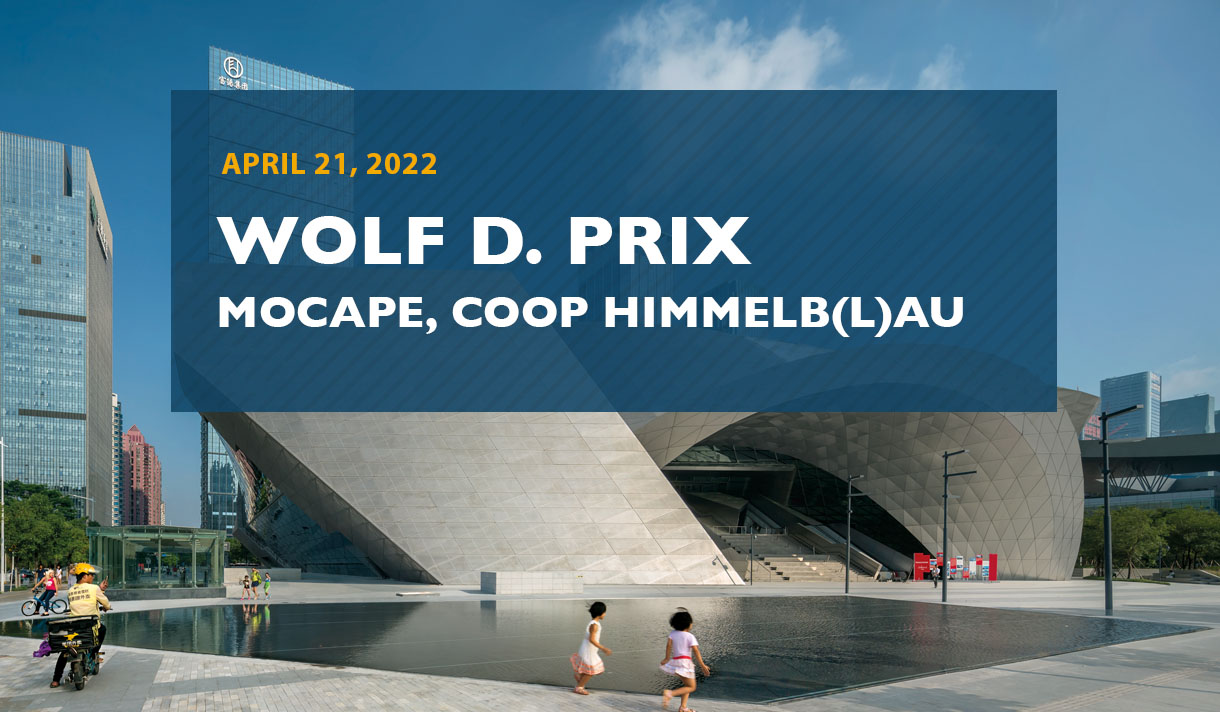 In the fifth installment of our Beyond the Envelope series of six presentations and student-led interviews within our Spring 2022 Lectures and Events series, Communities, the School of Architecture and Design is thrilled to host Wolf dPrix, co-founder, CEO, and design principal of the Vienna-based practice COOP HIMMELB(L)AU. In a live public broadcast, Wolf dPrix will present COOP HIMMELB(L)AU’s project, the Museum of Contemporary Art and Planning Exhibition, MOCAPE, completed in 2016 in Shenzhen, China. It will be followed by a student-led interview. This series of presentations and interviews with leading architects is part of the Master of Architecture course, ARCH 791, Special Studies in Architecture | Beyond the Envelope, taught by Tom Verebes, Ph.D. 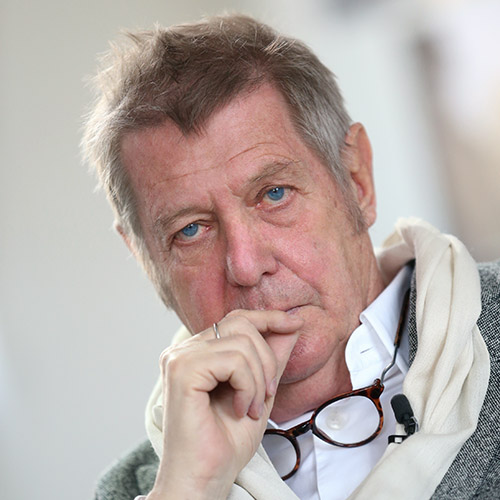 Wolf dPrix is co-founder, CEO, and design principal of COOP HIMMELB(L)AU, a studio globally recognized for its innovative and complex design approach at the intersection of architecture, art, and technology. He is counted among the originators of the deconstructivist architecture movement. Throughout his career, Wolf dPrix has remained active in education and academic life. He has held teaching positions at the University of Applied Arts, Architectural Association (AA), MIT, Harvard, Columbia, UCLA, Yale, Penn, SCI-Arc, and other institutions around the world. Wolf dPrix’s distinguished honors include the two highest Austrian awards given for cultural achievements: the Grand Austrian State Prize and the Austrian Decoration for Science and Art. He is a member of the Austrian Arts Senate, the Curia for Art, since 2014 as chairman. Additional awards include the Schelling Architecture Award, the Officier de l’Ordre des Arts et des Lettres, the Annie Spink Award, the Jencks Award, the Hessian Cultural Prize, the Digital Futures Project Award, and the 2021 ACADIA Lifetime Achievement Award.

Institutions such as the Getty Foundation, the MAK Museum of Applied Arts, and the Centre George Pompidou show his work in permanent exhibitions. In 2006, Wolf dPrix was commissioner for the Austrian contribution to the 10th Venice Biennale. Overall, the studio has been invited eight times to participate in the Venice Architecture Biennale.