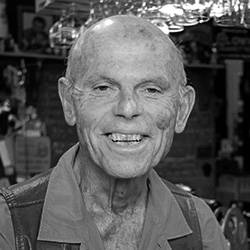 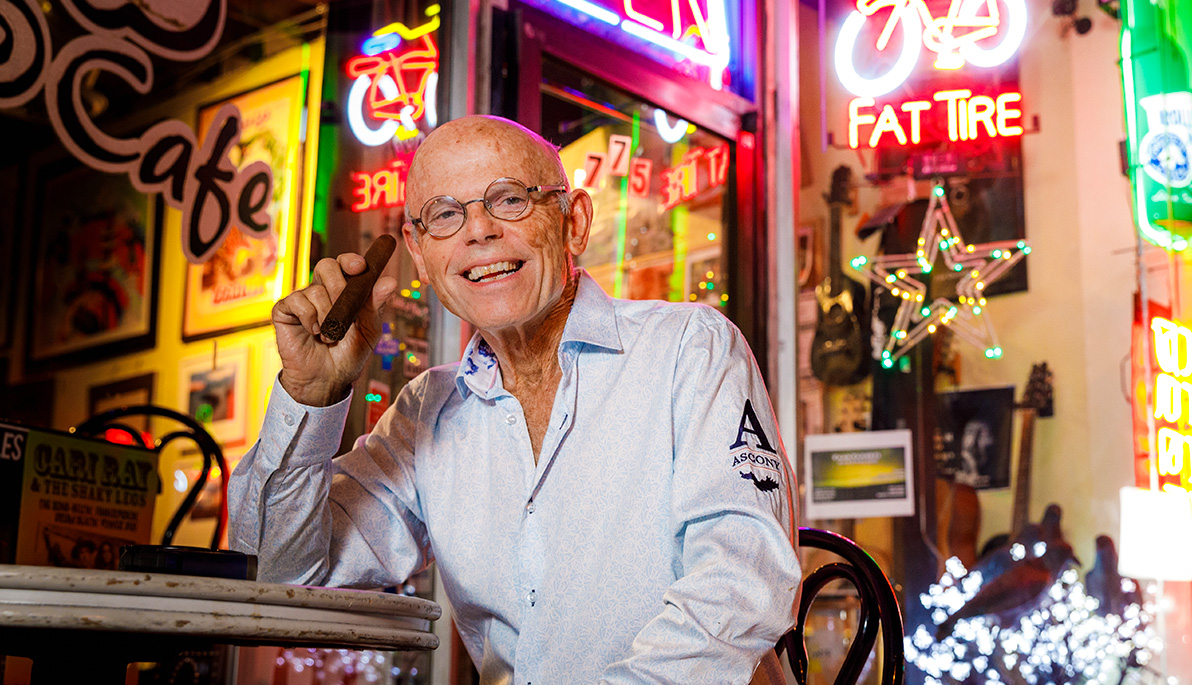 When Keith Rouse helped start WNYT radio and the Theatre Technics Association on the Long Island campus of New York Institute of Technology, little did he know he’d be working alongside famous artists and musicians throughout his career. Originally a music major, he changed to communication arts at NYIT because it better suited his interests. (He was also the first news editor of The Campus Slate.) His background served him well. Over the course of his 50-year career he’s collaborated with everyone from auteurs to rock stars. He was a production manager and second assistant editor on director Louis Malle’s iconic film My Dinner With Andre; toured with Wham! in 1985 to help make their documentary, Wham! in China: Foreign Skies; and has met and photographed luminaries like B.B. King, David Cassidy, and the Everly Brothers. And he hasn’t stopped. He was the technical director of the Miami Jewish Film Festival for 17 years and still freelances as an editor and photojournalist. Now based in Miami—where his wife, Alexis, owns and operates live music venue Luna Star Café (pictured)—Rouse urges creative up-and-comers to seize the moment: “Opportunities only strike once, but they can lead to an exciting life.”