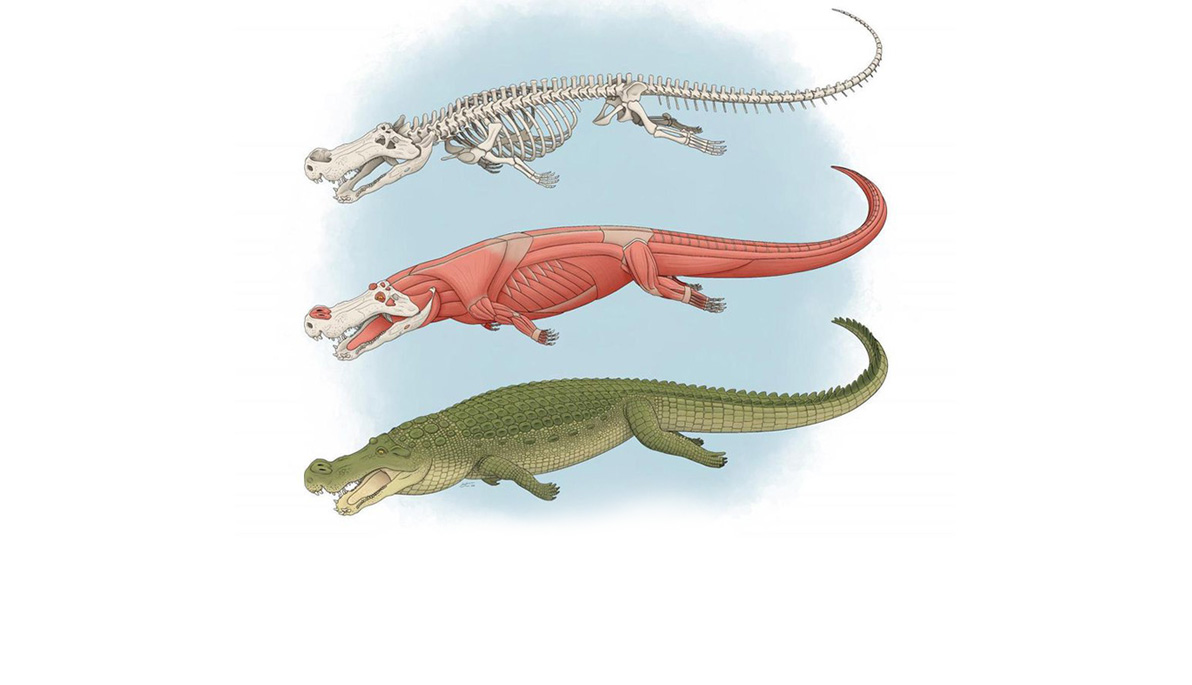 Pictured: Deinosuchus was an enormous prehistoric crocodylian that was the size of a bus and featured teeth as big as bananas. Ranging up to 33 feet in length, it was the largest predator in its ecosystem, outweighing even the largest predatory dinosaurs living alongside them. Photo credit: Journal of Vertebrate Paleontology

Adam Cossette, Ph.D., had a busy first week of the new academic year.

In between teaching multiple sessions of gross anatomy to first-year medical students, Cossette, an assistant professor of basic sciences at NYITCOM-Arkansas and vertebrate paleontologist, spent time on the phone conducting interviews about his recently published study that confirmed new information about Deinosuchus,an enormous prehistoric crocodylian that was the size of a bus and featured teeth as big as bananas.

Cossette’s work, which was published in the Journal of Vertebrate Paleontology, was featured in the New York Times, NPR, Fox News, CNN, USA Today, CBS News and a number of science-based publications earlier this month. The study revisited fossil specimens from Deinosuchus, an ancient relative of the modern American alligator that lived between 75 and 82 million years ago.

From previous studies of cranial remains and bite marks on dinosaur fossil bones, paleontologists have long speculated that the massive beasts preyed on dinosaurs. Cossette’s study shed new light on the monstrous creature and further confirmed that Deinosuchus most certainly had the head size and crushing jaw strength to do just that. 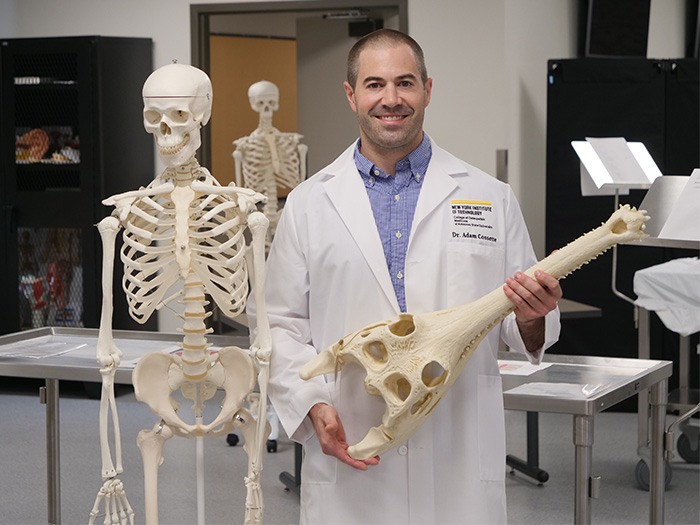 Assistant Professor Adam Cossette’s findings confirm that the “terror crocodile” had the head size and jaw strength to take down even the largest of dinosaurs.

“Deinosuchus was a giant that must have terrorized dinosaurs that came to the water’s edge to drink,” Cossette said. “Until now, the complete animal was unknown. These new specimens we’ve examined reveal a bizarre, monstrous predator with teeth the size of bananas.”

Two species, known as Deinosuchus hatcheri and Deinosuchus riograndensis, lived in the western part of North America, ranging from Montana to northern Mexico. Another, Deinosuchus schwimmeri, lived along the Atlantic coastal plain from New Jersey to Mississippi. At the time, North America was cut in half by a shallow sea extending south from the Arctic Ocean to the present-day Gulf of Mexico.

Deinosuchus seems to have been an opportunistic predator, and given that it was so enormous, almost everything in its habitat was on the menu. There are multiple examples of bite marks made by D. riograndensis and D. schwimmeri, a species newly described in Cossette’s study, on turtle shells and dinosaur bones. 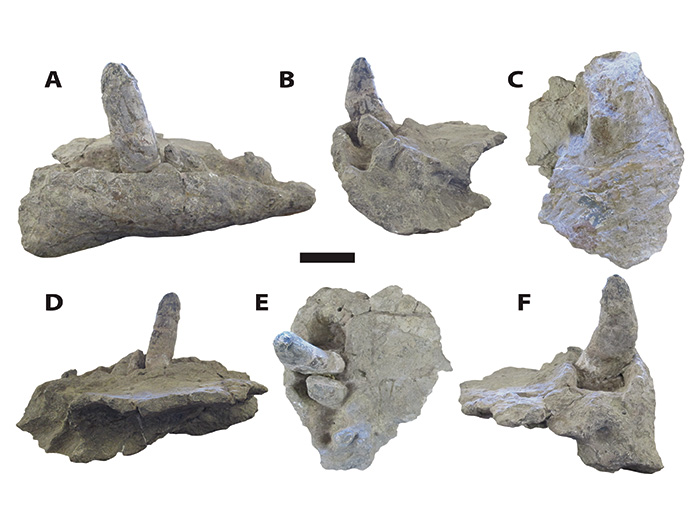 A fossil of Deinosuchus’s teeth, which were the size of bananas.

In spite of the genus’s name, they were actually more closely related to alligators. Based on its enormous skull, it looked like neither an alligator nor a crocodile. Its snout was long and broad, but inflated at the front around the nose in a way not seen in any other crocodylian, living or extinct. The reason for its enlarged nose is unknown.

“It had two large holes that were present at the tip of the snout in front of the nose,” Cossette said. “These holes are unique to Deinosuchus, and we do not know what they were for. Further research down the line will hopefully help us unpack this mystery and we can learn further about this incredible creature.”

Deinosuchus disappeared before the main mass extinction at the end of the age of dinosaurs (Mesozoic era). The reason for its extinction remains unknown. Cossette hopes to build on this study with more research to learn more about Deinosuchus.