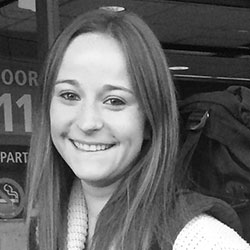 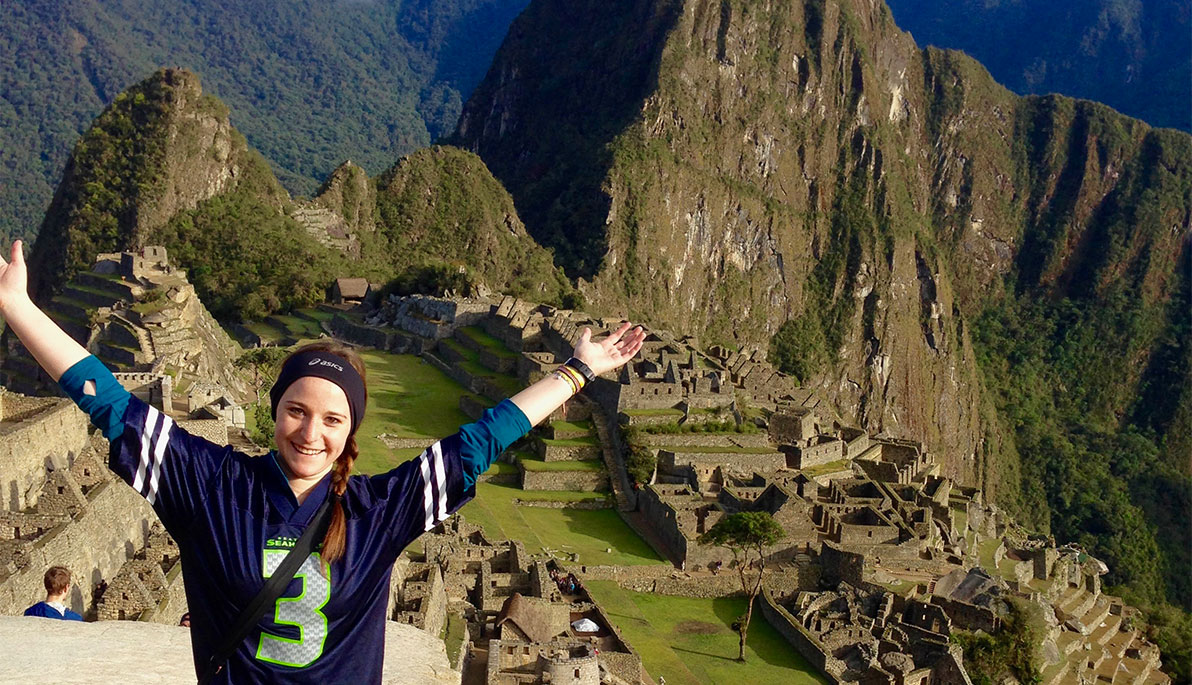 Marin Graham Wants to Take Physical Therapy on the Road

From leading her rowing team to excelling in the classroom, Marin Graham has accomplished many things on her journey to becoming a Doctor of Physical Therapy (D.P.T.). She has envisioned herself working in a medical field since high school, and one day, she hopes to take her physical therapy practice on the road.

As the coxswain of her rowing team in high school and college, Graham found her passion for exercise and coaching while she trained her teammates develop their technique. She also began volunteering at physical therapy clinics and hospitals early during her undergraduate years. It was when she was volunteering that she realized she wanted to be a part of her patients’ rehabilitation and recovery process.

Graham heard about NYIT from a friend who attended the D.P.T. program. “When I was applying to PT schools, [my friend] had wonderful things to say about the program, the professors, and her classmates,” says Graham. Originally from Chicago, Graham had only visited New York briefly. “I had never been to Long Island before, and I had never spent more than a few days in New York, so [being at NYIT] has been a novel experience for me,” she says.

She has also completed fieldwork in several different countries, including Bolivia. In 2015, months before beginning PT school, Graham went on a solo trip to La Paz to volunteer at a prosthetic clinic providing physical therapy to patients before, during, and after they received their prosthetics. She spent one year in South America and took the time to travel to Copacabana, Uyuni (the salt flats in Bolivia), as well as Lima, Peru, and Macchu Picchu. “While I have not been able to travel much in the last several years, [traveling] is one of my greatest passions, and I hope to provide physical therapy services around the world at some point in my career.”

Graham credits the NYIT faculty for putting their students on a path to success. “Each professor brings unique approaches and experience to the study of physical therapy, allowing us as students to be well versed in a variety of areas and expand our knowledge,” she says. Academics has always been Graham’s top priority, but the most rewarding aspect of being an NYIT student is being recognized for her work and creating relationships with her classmates. “My professors, the staff at NYIT, and students in other programs have enriched my experience,” she says. “For the last year, I have had the opportunity to work as a research assistant with Professor John Handrakis, D.P.T., Ed.D., N.C.S., at the James J. Peters VA Medical Center in the Bronx. This experience provides me with the opportunity to learn a multitude of skills and disciplines as a foundation to become a successful physical therapist.”

Outside of school, Graham was a member of the 2017 New York City Student Conclave team and worked with other PT students to organize a student conference at Hunter College. “I was asked by the New York Student Special Interest Group, a student-run, inter-school collaboration under the New York Physical Therapy Association, to help plan the NYC Student Conclave that took place in November 2017,” explains Graham. “The event brought more than 150 students from the five boroughs of New York City, Long Island, and upstate New York.”

Graham’s advice to incoming students is to gain experience in the field they are pursuing, as she has done. “I believe that having experiences in the field that you want to go into is paramount,” she says.