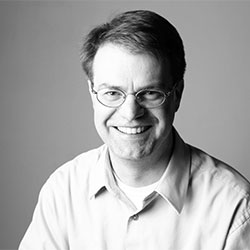 Jonathan Geisler, Ph.D., is an expert on the evolutionary history of mammals, with particular emphasis on Cetacea (whales, dolphins, and porpoises). In addition to being an author on papers that have named three new species, Geisler has published several large datasets that resolve relationships among mammals. Much of his work involves two related themes: 1) the unique information provided by the fossil record, and 2) that new perspectives can emerge when information from living species is combined with that from fossil species. Geisler is also a Research Associate of the National Museum of Natural History (Washington, D.C.) and has been recognized by the government of Mongolia for his help in repatriating dinosaur fossils that were stolen from that country.