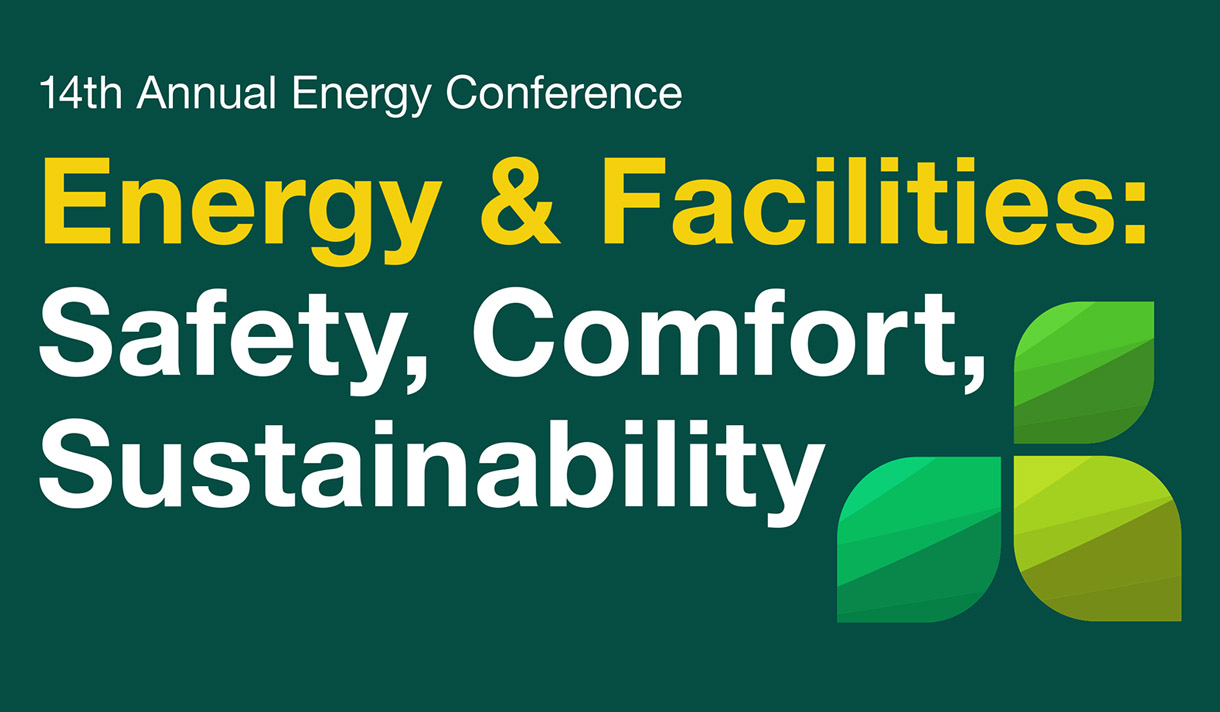 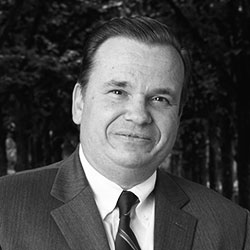 Each year, Robert Amundsen helps to plan the annual Energy Conference, bringing leading experts in the energy and environmental fields to New York Institute of Technology. He is an enthusiastic promoter of energy efficiency and works tirelessly to protect the environment and save energy wherever possible.

Amundsen is also an advocate of using innovative technologies in virtual and material classrooms. He encourages students to take advantage of distance learning options in order to reduce greenhouse gas emissions from travel.

As president of the Long Island Chapter of the Association of Energy Engineers, Amundsen is actively involved in local events that showcase new trends and technologies in the energy field. He is a past recipient of the Environmental Educator of the Year Award, and the Energy Professional Development Award. He served as the Engineering Faculty Advisor for the NYIT Solar Decathlon Team.

Amundsen earned a B.S. in Physics and Astronomy and a B.S. in Engineering and Applied Science at the University of Rochester, followed by an M.S. and a Ph.D. in Energy Management and Policy at the University of Pennsylvania. In 2018, he was elected to the AEE Energy Managers Hall of Fame, which recognizes "outstanding leaders in the energy industry who over their lifetimes have made significant contributions in the field of energy management." 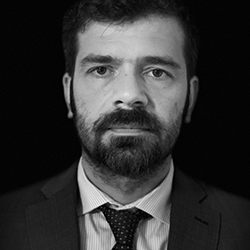 Murat Bayramoglu has been working in the energy efficiency industry since 2013. He received his B.A. in Mechanical Engineering from Sakarya University (Turkey) in 2000. After moving to the United States, he received his M.S. in Energy Management from New York Institute of Technology in 2005. Between 2005 and 2013, he worked as an entrepreneur in the transportation industry. Since 2013, he has had experience in auditing and retro-commissioning through an internship program in New York City.

Bayramoglu is involved with ASHRAE Long Island Chapter, serving as a board member since 2016. He is a NYC-DOB registered Certified Energy Manager (CEM), Certified Building Commissioning Professional (CBCP) by the Association of Energy Engineers (AEE), and is also a LEED Green Associate accredited by the USGBC. 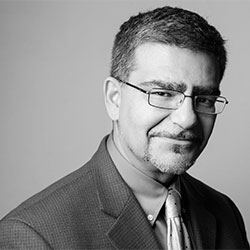 Babak D. Beheshti, Ph.D. has been a full-time faculty member at New York Institute of Technology for more than 30 years. As dean of the College of Engineering and Computing Sciences, he is responsible for program development, strategic planning, student success, faculty development, research and scholarship, and administrative oversight of 14 undergraduate and graduate programs and two undergraduate minors.

Over the last 20+ years, Beheshti has worked in R&D with companies in the embedded systems and wireless technology industry. He has successfully managed joint R&D programs with Asian, European, and U.S. companies, including Siemens Mobile, Nokia, Samsung, KDDI, and LG.

An active member of IEEE since 1991, Beheshti is currently a member of the IEEE Board of Directors, having held positions at section, region, and major board levels. He has been a member of the IEEE's Publication Services & Products Board (PSPB), as well as the Member and Geographic Activities (MGA) Board.

Beheshti received his Ph.D. in electrical engineering at the University of Massachusetts, Dartmouth and master's and bachelor's degrees at the State University of New York at Stony Brook. 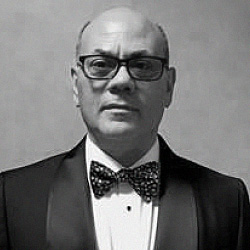 PMC Group One was founded by veteran mission-critical operations professional, author, and industry speaker Peter Curtis. Critical infrastructure operations safety has been part of Curtis' DNA since his early teen years, when he managed complex medical equipment for his ailing sibling. Surviving the 911 tragedy propelled Curtis to focus his 30 years of experience in the mission-critical engineering industry to design and implement tools to protect critical infrastructure and public safety defense by establishing best practices standards for facility operations professionals. As an educator, Curtis has imparted his industry insight at New York Institute of Technology, Marist, and the Electrical and International Building Engineers Union, training the future operations engineers of our digitized world to meet ideals of integrity, public safety, energy efficiency, cost containment, environmental consciousness, and a dedication to outstanding workmanship.

In partnership with DatacenterDynamics, the leading information provider to the data center market, Curtis was one of the founders who created DCProfessional Development an unmatched global training and certification services company.

As the author of Maintaining Mission Critical Systems in a 24/7 Environment, an imperative guide to designing, operating, and maintaining mission-critical equipment and systems and a bestseller in its class, Curtis shares his deep industry acumen in critical infrastructure engineering focused on business resiliency, data center efficiency, and green power technology with mission-critical facility engineers and operators. The third edition of the book is set to be released in late 2019. Curtis' three decades of industry knowledge includes work in the mission-critical engineering industry for financial, healthcare, defense, utilities, transportation, energy management, and education sectors. His affiliations include 7×24 Exchange, Association for Facilities Engineering (AFE), Institute of Electrical and Electronics Engineers (IEEE), International Electrical Testing Association (IETA), International Facility Management Association (IFMA), and the Association of Energy Engineers (AEE). He is a graduate of New York Institute of Technology with M.S. in Energy Management and a B.S. in Electro-Mechanical Computer Technology. 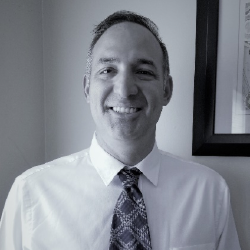 Davie began working on arc flash hazard analysis and mitigation in 2008 as a member of the National Grid Arc Flash Committee, where he was instrumental in developing the Arc Flash Hazard Analysis and Mitigation Policy for generating plants. He presently works as a Principal Staff Engineer at PSEG Long Island, where he has performed arc flash studies for substations, overhead distribution systems, underground networks, and industrial facilities.

Davie is regarded as a subject matter expert in arc flash hazard analysis and mitigation having extensive experience applying the requirements of IEEE-1584, NFPA-70E, and NFPA-70, as well as the National Electric Safety Code ANSI-C2 and OSHA 1910-300. He earned a B.S. in Electrical Engineering and an M.S. in Energy Management from New York Institute of Technology and is a registered New York State licensed Professional Engineer. 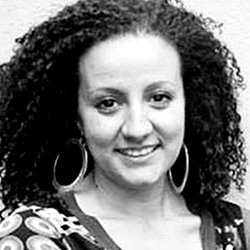 Marcella Del Signore is an architect, urbanist and the principal of X-Topia, a design-research practice that explores the intersection of architecture and urbanism with new technologies practices. She is an Associate Professor of Architecture at the New York Institute of Technology, School of Architecture & Design. Her work concentrates on the relationship between architecture, urbanism and technologically-mediated systems to imagine scenarios for future environments and cities. She holds a Master in Architecture from La Sapienza University in Rome and a Master of Science in Advanced Architectural Design from Columbia University in New York. She is the author of more than 40 refereed papers, articles and book chapters and the co-author of "Urban Machines: Public Space in a Digital Culture" that explores how Information and Communication Technologies have radically changed the way we inhabit and operate in the urban space. She is also the co-editor of "Recalibration: On Imprecision and Infidelity" Paper and Project proceedings published during the 2018 ACADIA (Association for Computer Aided Design in Architecture) Conference where she served as Technical Co-Chair and part of the ACADIA Board of Directors from 2016-18. She taught and collaborated with academic institutions in Europe and USA including Tulane University, Barnard College at Columbia University, the Architectural Association, IaaC - Institute of Advanced Architecture of Catalonia, University of Waterloo, LSU School of Architecture, IN/ ARCH- National Italian Institute of Architecture and University of Trento. At Tulane University, she taught in the School of Architecture and served as the Director of the Rome Study Abroad Program, and in 2016 she was appointed as the Kylene and Brad Beers SE Professor at the Taylor Center for Social Innovation and Design Thinking. She has operated nationally and internationally through an extended network of partners, institutions and sponsors that have supported her work, receiving several awards and recognitions including the 'Young Italian Talent' in architecture and design in 2010 by the Italian Ministry, the 'Urban Urge Award' in 2014 and the 'American Architectural Prize' at the Cooper Hewitt Smithsonian Design Museum in the 'other interior design' category in 2017. She is a licensed architect and has practiced in Rome, New Orleans, and New York. In New York, she worked at Eisenman Architects and Richard Meier & Partners. In 2018, she co-curated the 'DATA & MATTER' Exhibition at the European Cultural Center during the 2018 Architecture Venice Biennale. She has lectured, published and exhibited widely. 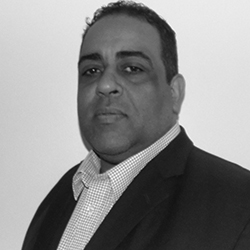 José R. Febres has more than 20 years of experience in engineering and facilities management. He has developed, managed, and operationalized programs and strategic initiatives to drive continuous improvement and led changes in facilities and maintenance management departments, supporting business sectors like manufacturing, pharmaceutical, industrial, commercial, healthcare, and international institutions.

Febres has been conducting and applying practical research in reliability engineering (RAM analysis) and decision analysis, developing probabilistic graphical models, to develop decision support tools, to measure the resilience of buildings critical systems. He is a regular speaker at the National Facilities Management and Technology Expo and Distinguished Speaker at the Catholic University of America, where he is part of the Engineering Management Program faculty, lecturing graduate courses in Systems Engineering Management. 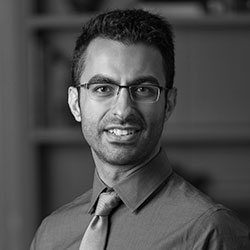 Ehsan Kamel obtained his Ph.D. in Civil Engineering from the Pennsylvania State University in 2017. His research is focused on building energy modeling (BEM), the application of building information modeling (BIM) in BEM, energy-smart homes, and building energy retrofit. He also has a background in building science, building enclosure design, and seismic engineering, with an emphasis on the seismic behavior of reinforced lightweight concrete.

As the Energy and Green Technologies Lab director, a living lab that provides students with hands-on experiences, Kamel's current projects are focused on developing data-driven energy models based on multifunctional wireless sensors data and the decision-making process for building automation systems. He also serves as the NYIT ASHRAE student branch advisor and as the liaison of Region 1 at IEEE's Energy Policy Committee. 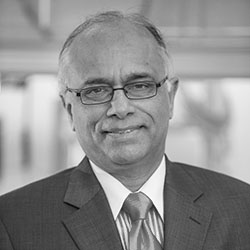 Mahajan received his Ph.D. from the University of British Columbia, Canada, and completed his post-doctoral training at Brookhaven National Laboratory (BNL). He joined the staff at BNL in 1983 and moved to Stony Brook University in 2002 and concurrently held a joint scientific staff appointment with BNL until 2015. For more information, view his curriculum vitae.