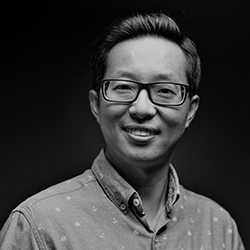 The Zhao laboratory is particularly interested in the role of heparan sulfate and long genes in brain health and disease. Heparan sulfate is a glycosaminoglycan that covers the surface of all human cells. It is implicated in a series of human brain disorders such as Alzheimer's disease, Parkinson's disease, and autism. Long genes (> 100 kilobases) are highly expressed in the brain and show unique genomic and epigenomic features. They are implicated in various human brain disorders, including amyotrophic lateral sclerosis, autism spectrum disorder, and Alzheimer's disease.

The long-term goal of the Zhao laboratory is to use mouse models, genomics, and epigenetics to reveal the role and molecular mechanisms of heparan sulfate and long genes in brain disorders, with a hope to eventually develop a cure.

Zhao received his Ph.D. in Bioinformatics from the Chinese Academy of Sciences, where he specialized in genomics and epigenetics, and earned his bachelor's degree in economics from the Nanjing University. Lastly, he received his postdoctoral training in epigenetics and brain disorders from the University of Pennsylvania.