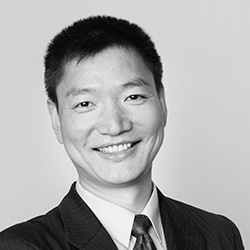 Youhua Zhang specializes in cardiac electrophysiology, cardiac autonomic control, and heart failure research. He was a cardiologist at the Cardiovascular Institute and Fu Wai Hospital of the Chinese Academy of Medical Sciences (Beijing, China) before joining the Department of Cardiovascular Medicine at Cleveland Clinic, where he served as postdoctoral fellow to project staff and research assistant professor from 1999 to 2011. Zhang joined the Department of Biomedical Sciences at NYIT College of Osteopathic Medicine in 2011 as an assistant professor and was promoted to associate professor in 2015.

He has pioneered the use of cardiac selective vagal stimulation to control ventricular rate in atrial fibrillation. In addition, Zhang has demonstrated the beneficial therapeutic effects of chronic vagal nerve stimulation in heart failure. He has made several contributions to dual pathway atrioventricular (AV) node electrophysiology. He discovered and validated a new index of dual pathway AV nodal conduction, termed His electrogram alternans, also known as Zhang’s phenomenon.