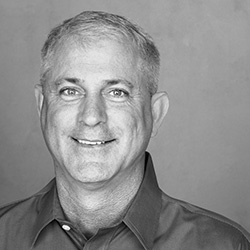 William Werner received his doctoral training at Teacher’s College, Columbia University where he learned movement analysis and motor learning under a leader in the field, Ann Gentile, PhD. As an additional benefit of attending Columbia University, he was able to work with leading neurologists (including Dr. Lucien Cote) who specialized in movement disorders (including Parkinson’s disease) and assisted with understanding the disease and provided mentorship throughout his dissertation research. He also volunteered in a Movement Disorder Clinic at North Shore University Hospital alongside Dr. Andrew Feigin, where he furthered his training in Parkinson’s disease. As a physical therapist who has worked with people with Parkinson’s disease for more than 25 years, Werner has an extensive knowledge base that serves him well when interacting with this population, including areas such as communication, keeping the subjects safe, designing experiments with the potential to have a positive impact, and lastly providing clinical interpretation of the data.

Werner’s research has focused on improving overall health and fitness of people with Parkinson’s disease: increasing retention of gait and balance improvements and the interaction between autonomic nervous function and dietary supplements. These experiments have yielded 19 publications, of which he was the principal investigator on three. He was the principal investigator of one grant and was a co-investigator on two grants for experiments, all involving people with Parkinson’s disease. Additionally, he was co-investigator on a grant involving the health of students in medical school.

Werner’s education and experience has set a solid foundation for teaching in a way that comes from personal experience, allowing him to draw on many anecdotes to illustrate a point, while using evidence-based information to solidify the information.