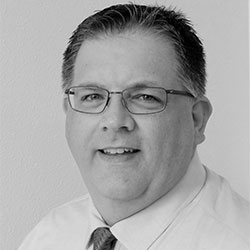 Following his residency in Obstetrics and Gynecology, he joined the founding faculty of Virginia Tech Carilion School of Medicine, where he received multiple Golden Apple Teaching Awards. Lewis was heavily involved in graduate medical education through the residency program in Obstetrics and Gynecology and also completed a faculty development fellowship. He returned home to Jonesboro to enter private practice, then transitioned to St. Bernards Medical Center as Medical Director of the newly formed OB/GYN Hospitalist Program. He continued to be involved in graduate medical education through teaching of AHEC Family Medicine residents in the discipline of obstetrics and gynecology. Lewis was subsequently recognized with another Golden Apple Teaching Award. Also, during his time at St. Bernards, he was honored to receive the prestigious Living the Mission Award. Lewis is excited to be part of the founding faculty at NYITCOM at his alma mater of Arkansas State University and have the opportunity to combine his interests in basic science and clinical medicine.