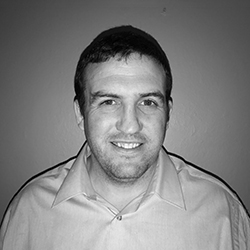 Randy Stout is a neuroscientist and cell biologist. The general topic of his research is on how brain cells interact. His research focuses on glial cells- brain cells that make up the majority of the cells in the human brain and are required for brain homeostasis, metabolic and structural support of neurons, control of synapse function and strength (synapses are the connections between neurons) and regulate movement of molecules into and out of the brain. Stout’s research on glia centers on their connections called gap junctions. Gap junctions act as complex molecular machines that establish sites of interaction between cells. Gap junctions are critical to development and function of tissues throughout the human body- with specialized roles in the brain. It will be critical to understand how these fascinating cellular connections contribute to recovery from brain injury such as those that occur in multiple sclerosis and trauma.

Stout uses high-resolution light microscopy to reveal how molecules, cells, and tissues work. His research is often aimed at testing how proteins and other biological molecules come together to form supramolecular machines that control the function of cells and determine how tissues function in healthy and disease-states.

Stout has continuing collaborations with colleagues at Albert Einstein College of Medicine in Bronx, N.Y., where he did his postdoctoral training and research. His interest in glia and gap junctions started early in his post-graduate training at the University of California, Riverside, and continued during his doctoral training at the University of Alabama, Birmingham (Ph.D., Neurobiology). His interest in cell biology and genetics developed during his undergraduate training (B.S., Biology at Cornell University). He is a member of several national societies including the New York Academy of Sciences, the Society for Neuroscience, the American Society for Biochemistry and Molecular Biology, the American Society for Cell Biology, and the American Society for Neurochemistry (for which he serves as Co-Chair of the Membership Committee).

Stout also has interests in teaching that include cellular neurobiology and the role of glia and the blood-brain barrier in health and disease. He also enjoys developing virtual reality-based materials and graphical illustrations to aid student learning.