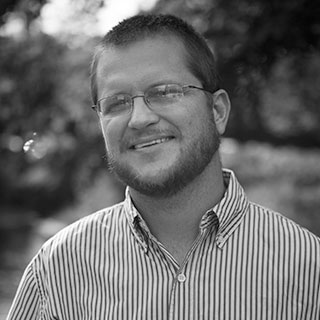 Matthew C. Mihlbachler earned his Ph.D. in Earth and Environmental Sciences in 2005 from Columbia University; his M.S. in Zoology in 2001 from the University of Florida, Gainesville; and his B.A. in Anthropology in 1996 from Southern Illinois University.

His Ph.D. years were spent in the Vertebrate Paleontology Division at the American Museum of Natural History, where he completed a systematic revision of the Brontotheriidae and began his investigations in mammalian evolutionary paleoecology that continue today. He has conducted research in institutions all over the world, including Mongolia, Japan, China, Kenya, Russia, Canada and throughout the Unites States. He also has conducted fieldwork in Mongolia, Kenya, Canada, Wyoming, Oregon, Illinois, Florida, New Jersey, and Nova Scotia. In addition to traditional paleontological field work (e.g. badland prospecting), he has worked in many atypical and challenging conditions. For instance, in the late 1990s, he worked for four years with a crew of archeologists conducting underwater excavations of late Pleistocene deposits in North Florida rivers investigating early contact between humans and Pleistocene fauna.

Mihlbachler frequently involves medical and premedical students in research with projects intended to broaden the student's exposure to functional and evolutionary anatomy beyond the narrow human perspective. Such research provides students with deeper insights into the nature of human biology.

Mihlbachler's research lab is focused on the evolution of mammalian anatomical systems in the context of paleoecological change and how past environmental change influenced the evolution of reoccurring adaptations. One major aspect of the work is the study of dental wear, using microwear and mesowear, and the role of dietary change in the evolution of ungulate dentitions, particularly hypsodonty and other adaptations related to the varied mechanical properties of food and food contaminants. Other ongoing research includes: