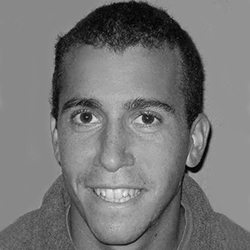 Matthew Heller is a graduate of NYITCOM and completed his undergraduate coursework at New York Tech. He completed his Family Medicine Residency at Good Samaritan Hospital in 2014, where he was a Chief Resident and awarded the Paul Mandela Award upon graduation.

He joined South Shore Family Practice in 2014 where he saw primary care patients, as well as served as a team physician for the Massapequa School District. After a year in practice, he went to North Carolina to complete a Sports Medicine Fellowship at Campbell University School of Osteopathic Medicine. As a Sports Medicine Fellow at Campbell University, he took care of its Division I athletes and the surrounding communities; in addition to taking on an extensive role in teaching at the medical school.

In July, 2016, after completing his Fellowship Training, Heller moved back to Long Island and returned to the New York Tech campus; now serving as a faculty member at NYITCOM and team physician for New York Tech Athletics. He treats patients at the Center for Sports Medicine in the Academic Health Care Center and is heavily involved in service to the community. Heller also provides sideline and ringside medical coverage for many local school districts and community sports league. Since 2013, he has been involved with Smithtown Youth Football and Lacrosse PAL, providing medical coverage during games. He has provided coverage for several local school districts’ football games including Half Hollow Hills, West Babylon, Cold Spring Harbor, and Farmingdale. As a former student in the Half Hollow Hills School District from kindergarten to high school, providing medical coverage at their sporting events is a unique experience. As a member of USA Boxing, he can also be seen ringside at many boxing and kickboxing events on Long Island and in New York City.

Heller is an athlete himself. He is a former cross country runner for New York Tech and continues his passion for running by competing in various races throughout the year. He can also be seen playing softball, basketball, and soccer.

Heller is an Eagle Scout and continues his commitment and service to his community in various ways. He is a volunteer firefighter and EMS Provider for his local fire department since 2004. Since the age of 12, refereeing soccer games has also been another passion. Today, he continues to referee as a United State Soccer Federation Grade 7 referee for many different leagues and tournaments.