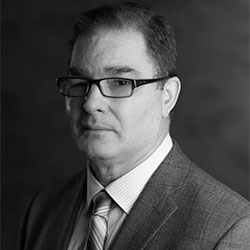 Lakhdar Amara specializes in digital signal processing and micro-based systems with applications in telecommunications. Electronics remains one of his favorite areas. After graduating from the National Polytechnic of Algiers with the degree of Engineer in Electronics in the late 70’s, he worked for three years in the telecommunications industry before attending graduate studies at the Polytechnic Institute of Brooklyn, NYU. In the late 80’s, he joined the faculty of the electrical and computer engineering and telecommunications technology department of New York Tech as an assistant professor. Through the years at New York Tech, he was also involved with consulting with the industry. Amara became the head of his department in 2010 and since then, has been very active maintaining high standards for the programs under his supervision. Among his many tasks, he is the assessment supervisor for his department, but also advises students on their academics and often supervises senior student’s projects.