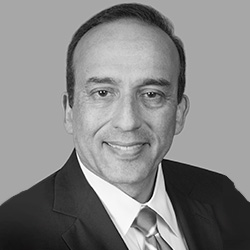 As chief human resources officer for Voya Financial, Kevin D. Silva is responsible for human resources, corporate responsibility, and Voya Foundation. He directs a strategy aimed at building the organization's human capital by attracting, retaining, and developing world-class employees and incenting them to deliver superior performance. Silva is also responsible for diversity and inclusion at Voya and is committed to supporting its diverse and high-performing work environment. His Latino heritage has enabled him to incorporate diverse perspectives into his role and has resulted in Voya being designated as a "Best Place to Work." Silva joined Voya in 2012 and as a Latino-American contributes to the racial and ethnic diversity of the company's Executive Committee, Voya's highest internal management body.

Prior to joining Voya, Silva served as chief human resources officer at Argo Group International, where he was responsible for building a high-performing team and implementing compensation, succession, and executive-development practices. Prior to joining Argo, Silva spent more than 13 years at MBIA Insurance Corporation as chief administrative officer responsible for human resources, corporate administration, information resources, facilities and telecommunications, and records-management. He served as an adviser to MBIA's business leaders on individual and financial performance improvement. He also played a significant role in driving a post-acquisition integration process and was an important strategic partner to the CEO and to the Compensation Committee of the MBIA Board of Directors.

Silva earned a bachelor's degree in communications from St. John's University and a master's degree in psychology from New York University. He serves as chairman New York Institute of Technology Board of Trustees and is a member of its Executive Committee.