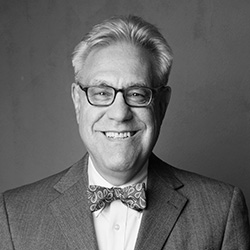 John di Domenico brings a unique perspective to his courses. His studio activity provides the framework for his research and is focused on the design of civic buildings and public spaces. Di Domenico has also done research on the reuse of urban infrastructure and the symbiotic relationship between public transit and the spatial form of the city.

His current projects explore innovation and sustainability in the civic realm, including conceptual design for a high-speed rail system that redefines travel and spatial organization along the Boston-Washington corridor; transformation of two buildings for Cornell’s College of Agriculture and Life Sciences; several Library Media Centers with New Visions for Public Schools; and the development of sustainable landscape design for the United Nations New York campus. Additional career highlights include leading the design of Brooklyn’s Atlantic Terminal Complex and planning and architectural prototypes for the Washington D.C. Metrorail extension along the Dulles Corridor.

di Domenico is a graduate of The City College of New York and Harvard University’s Graduate School of Design. He was a Fulbright Scholar in Italy. He serves on the Boards of the New York Transit Museum and Coney Island USA. His additional accolades include grants and awards from the National Endowment for the Arts, Municipal Art Society of New York, NY Landmarks Conservancy, and the American Institute of Architects, N.Y. Chapter.