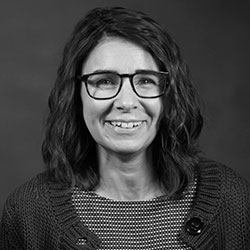 Eleni Nikitopoulos earned a doctorate of veterinary medicine from Tufts University and a Ph.D. in behavioral biology from Utrecht University in the Netherlands. She was a postdoctoral science fellow at Columbia University, where she received intensive training in teaching and developing science curriculum for college undergraduates. She also completed a research postdoc at Columbia investigating cooperation and collective action in non-human primates. She is currently a visiting scholar in the Department of Anthropology at New York University, an Adjunct Research Scientist in the Department of Ecology, Evolution and Environmental Biology at Columbia University, and a member of the New York Consortium in Evolutionary Primatology and NYU’s Center for the Study of Human Origins.

Nikitopoulos studies the evolution of social and sexual behavior in primates. She is interested in the function of behavioral and physiological adaptations. In other words, why have certain traits in behavior and physiology evolved? What is the selective advantage that they confer? Her research spans the fields of physical anthropology, ethology, and organismal biology, integrating observations in naturalistic conditions with laboratory analyses in molecular genetics, chemistry, and reproductive endocrinology. Her work has focused on Old World monkeys and apes in wild populations and in free-ranging captive groups.