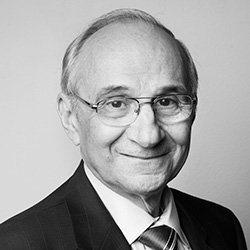 Anthony (Tony) Piazza is a tenured associate professor. Has served as assistant dean of NYIT College of Arts and Sciences and is a former adjunct professor at Hofstra University and St. John's University.

Piazza has worked with Telecare Center, Cablevision Channel 29 as producer and director. Later, he served as director of instructional television for WLIW, Channel 21 P.B.S. affiliate. He is a member of the National Academy of Television Arts and Sciences, New York Chapter, serving on Blue Ribbon Panels determining awards.

Piazza possesses a B.A.in English from Fordham University, an M.S. in Speech and Theater from Brooklyn College, an M.B.A. in management from New York Tech, did doctoral-level work at NYU, and received a Ph.D. in Leadership in Higher Education from Capella University, Wisconsin.