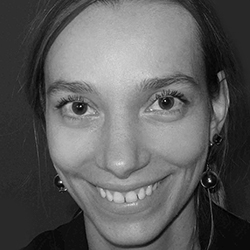 Ana G. Petrovic received her B.A. in Chemistry (Summa cum Laude) from Whitman College and her Ph.D. in Physical Chemistry from Vanderbilt University. She completed a three-year combined teaching and research postdoctoral fellowship at Columbia University in the Department of Chemistry prior to joining the Biological and Chemical Sciences Department at New York Tech in 2010. Her overall research interest belongs to the domain of Chiral Chemistry, which involves a combination of chiroptical spectroscopy and molecular modeling techniques to achieve reliable structural elucidations of chiral systems as well as to study chiral induction phenomena. Her research is accomplished through a collaborative network with Columbia University and John Jay College of Criminal Justice. Since joining the New York Tech faculty, she has taught Physical Chemistry, Biochemistry, Engineering Chemistry, Foundations of Scientific Process (FCSC), and has functioned as the FCSC Course Coordinator. In teaching, she is taking an active role in enhancing science core curriculum pedagogy at New York Tech. She is a member of ACS.