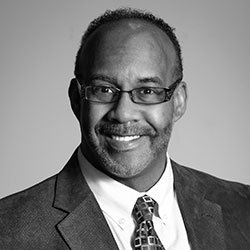 Prior to joining NYIT, Fields served as chief wellness officer, dean, and professor of the Mervyn M. Dymally School of Nursing at Charles R. Drew University of Medicine and Science in Los Angeles, California (2015 – 2016). From 2011 to 2015, he was assistant dean of clinical affairs and health policy, associate professor of nursing, and co-director of the Doctor of Nursing Practice Program in the Nicole Wertheim College of Nursing & Health Sciences at Florida International University in Miami, Florida. He also has held faculty positions at the University of Rochester (N.Y.) School of Nursing and Binghamton University. Fields’s extensive research on HIV prevention and treatment among black men has spanned decades, resulting in an impressive record of conference and poster presentations, scholarly articles, book chapters, seminars, invited lectures, webinars, and newspaper articles, as well as radio and television appearances.

In addition to his academic and research accomplishments, Fields was the first ever male registered nurse selected for the Robert Wood Johnson Foundation Health Policy Fellowship Program. As a fellow, he worked in Washington, D.C. for United States Senator Barbara Mikulski (D-MD) on the Senate Committee on Health, Education, Labor, and Pensions—Subcommittee on Aging during the historic healthcare reform debates and 2009-10 passage of the Affordable Care Act.