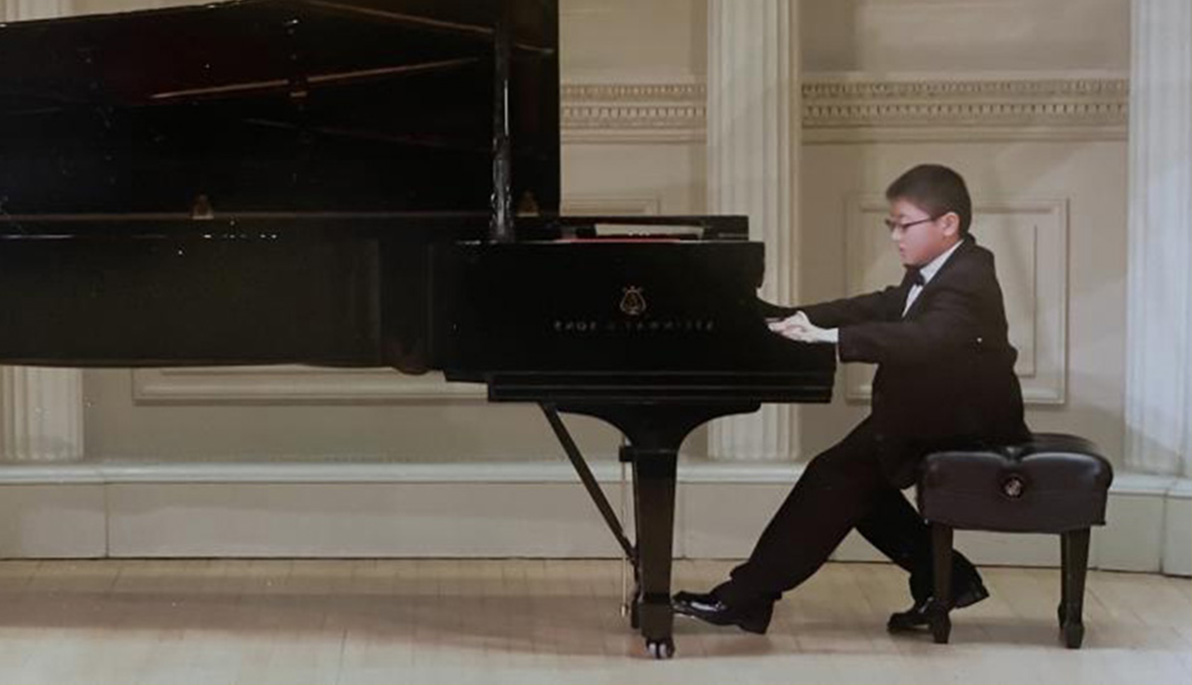 One afternoon, Assistant Provost for Student Engagement and Development Tiffani Blake, M.Ed., and Vice President for Information Technology and Chief Information Officer Pennie Turgeon, were walking through the basement of Salten Hall and heard piano music. At first, they thought it was a recording, but as they followed the melody, they were pleasantly surprised to see Wilson Fung playing the piano.

“I used to play professionally and competitively until I was around 12,” he says. At age 11, he came in second in a competition, and because of that, he was invited to play at Carnegie Hall, just a few blocks from the New York City campus. “I was young, so I don’t remember much, but it was a long wait until I could actually play,” he says about the experience. He then took a break from playing piano competitively, saying, “I initially stopped playing because of the stress. Later I started to play again for fun, and I enjoy it much more!” Now, the piano has become a way for him to release pressure. “When I am stressed or feeling that my brain is overflowing, I usually go to the piano to destress for a bit,” he says.

Playing the piano is just one of Fung’s talents. He has always enjoyed computers, especially building them. So when it came time to choose a school to pursue his passion, he chose New York Tech for its electrical and computer engineering program. “The Long Island Campus looked beautiful, too,” he says.

Fung sees being a musician as an advantage. “A lot of instruments nowadays are being built with electronics and digitally. Though they may never reach the potential of an acoustic instrument like a grand piano, we can try our best to make instruments that sound similar, or maybe even better, to the human ear,” he says.

Though he’s not sure yet what he wants to do after graduation, he is enthusiastic about his work with computers. “Technology is all around us, so why not learn how to create and code them myself?”

Fung has found a good community at New York Tech. “It’s fun to hang out with friends, talk to them, and sometimes go out to eat,” he says, “New York Tech exceeded my expectations because my friend group is supportive and always positive.”