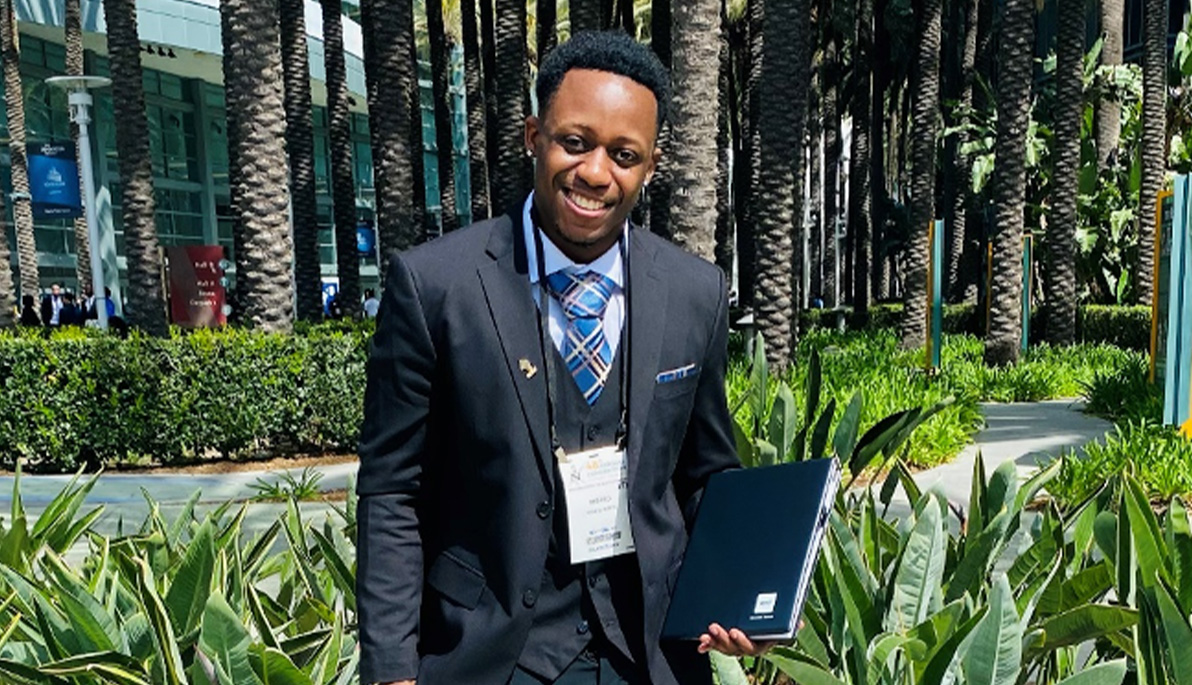 Growing up in Rosedale, Queens, Rasheed Martin was on the path to becoming an elite soccer player. “I played on three U.S. Soccer Development Academy teams. I also got called up to play with the Jamaican national under-17 team’s training camp. I even went to Spain to play at one point,” says Martin. “Soccer was my life growing up, and it still has a place in my heart.”

After suffering a serious injury and a long, difficult rehabilitation, Martin decided to rededicate his energies and focus on his education. “As a child, even while playing sports, I also developed a passion for computers,” says Martin, an electrical and computer engineering major. “I truly believe I can make an impact through engineering, not just with new innovations, but by representing the Black community as we are underrepresented in the industry.”

Martin is already working to change that underrepresentation as the president of the Black Student Union (BSU) on the New York City campus. “The Black Student Union stands to unify the Black community at New York Tech and provide us with a voice,” says Martin. “As president, I will be implementing new standards that will help put our community in the best position to be successful socially, educationally, and professionally. The BSU benefits the New York Tech community by fostering student engagement and providing a diverse and inclusive environment.”

Engaging with the Black community on campus has been a two-way street for Martin, who landed a prestigious internship as a firmware engineer at Rockwell Automation, an industrial automation and information company, with the help of the New York Tech National Society of Black Engineers chapter. At the main Rockwell headquarters in Milwaukee, Wis., Martin was involved in testing one of Rockwell Automation’s upcoming products. “I have improved the way they test their products in a way that makes it automated and efficient,” Martin explains. “I created and hard coded a graphical user interface (GUI) that allows the firmware engineers to run automated tests and analyze the data that comes with it without the need to run multiple scripts. Ultimately, my favorite phrase for my GUI is that you can run 100 tests, get a coffee, and read the results.”

More than just a good learning experience, the internship with Rockwell has proven life-changing for Martin, who would like to get a job in firmware/embedded software engineering. “Due to this internship, I have found the career path that I want to pursue,” he says. “New York Tech has helped prepare me for this educationally and professionally. I took a microcontroller course, taught by Jeffrey Ting, who has inspired me to pursue my field of interest. Amy Bravo in Career Success and Experiential Education has been a significant mentor to me and assisted me with my résumé, job search, and LinkedIn profile.”

And soon, Martin can add documentary filmmaker to his résumé. “We are starting the production of a documentary this month through the BSU that will bring to light to some of the reasons we have felt left out and ostracized by our community or others,” he says. “We are choosing to challenge ourselves and notions to what it means to be Black today. It was first planned by the previous president of the BSU and never executed. We are going to execute it this year.”

As he learned after he gave up soccer, Martin has always been a self-starter, and a person who can pivot when things don’t go his way. It is no wonder his advice for incoming students is to take control of their own experience. “New York Tech is what you make it,” he says. “There are amazing programs, but my involvement with the community and students has made my experience 10 times better. New York Tech is a diverse and inclusive environment of innovators and thinkers who are dedicated to the success of their students. As long as you are dedicated to your success, New YorkTech is there to help you and guide you along the way.” 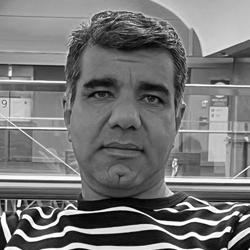