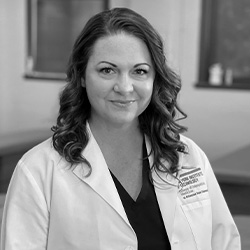 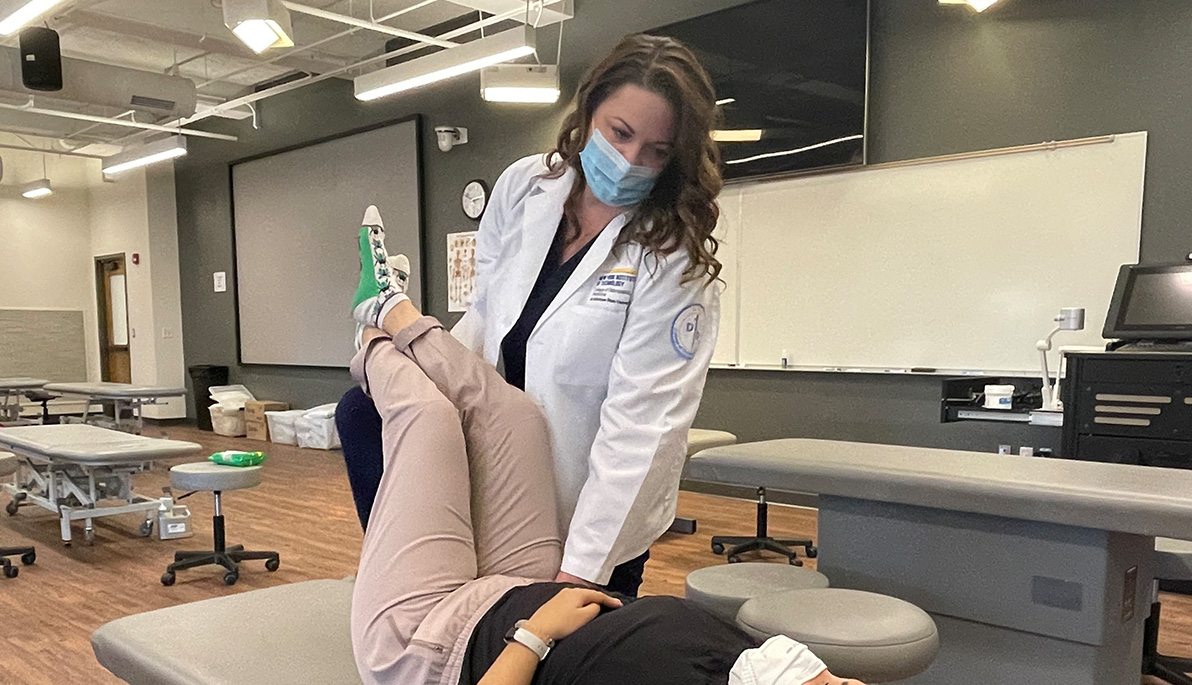 Rachael Simmons had every excuse to continue to procrastinate her pursuit of a career as a physician.

She was a mother of four, approaching 40 years old with an established career as a nurse, and was caring for a husband who was in the midst of a lengthy recovery from a near-fatal car accident in 2019. She was also a first-generation college graduate navigating the medical school application process on her own.

Every time she stopped to weigh the pros and cons, she found someone to encourage her, be it a physician she worked with in the ER, a Facebook group for mothers who were in medical school, or her husband Casey, who insisted that she not let his injuries and recovery serve as a hindrance.

In August 2019, Simmons finally submitted her application, and as she completes her second year at NYITCOM-Arkansas, she’s incredibly grateful that she did.

“One of the best pieces of advice I’ve ever received is that you can’t let your circumstances define you,” Simmons said. “If there’s something that you want to do, do whatever it takes to get there. Don’t let anything stop you. I took the long and hard way, but I’m determined that I’m going to do this.”

Both the path to and through medical school are challenging enough on their own. The added responsibility of being a parent and spouse has made Simmons’s journey even more unique.

She became a mother at age 17, and although medical school was already in her plans, she just wasn’t sure if it was the right path with a young child to care for.

“I went to paramedic school because I was afraid that if I got a pre-med degree but didn’t get into medical school, I would be unable to provide for my child,” Simmons said. “One of the selling points for paramedic school is you can branch out and pursue higher levels of education like (physician’s assistant) or medical school later down the road.”

While she was in paramedic school in Baton Rouge, La., Simmons worked alongside resident physicians from Louisiana State University during her clinical rotations. That experience renewed her desire to become a doctor. She later earned a certificate in registered nursing while working as a paramedic and eventually landed a job as an ER nurse in South Mississippi, which again put her alongside medical students.

That inspired her to complete her bachelor’s degree at William Carey University. She went to school during the week and worked three weekend shifts totaling 36 hours Friday through Sunday to help support her family, which by this time included a son and another daughter.

Simmons completed her B.S. in 2017, but she and her husband agreed that she’d wait until he finished his registered nurse degree before she applied to medical school. Then Casey was involved in a head-on collision that left him with dozens of broken bones and long-term spinal cord damage.

“While we were in the ICU, I told him I wasn’t going to apply to medical school, and he told me I absolutely was,” Simmons said. “He was determined that his situation wasn’t going to stop me. So during his recovery, I was sitting in hospital rooms filling out applications.”

When Simmons interviewed at NYITCOM-Arkansas in 2019, they brought the whole family from Mississippi–including their dog Gus–to get a feel for Jonesboro.

“It just felt like home,” Simmons said. “It’s where I needed to be.”

Now, Simmons describes her life as a bit chaotic, but she wouldn’t have it any other way.

“I guess this is why I’m drawn to emergency medicine,” Simmons said. “It’s stressful, and we’re always on the go, but that’s where I thrive.”

She does her best to focus on school during the day so she can be an attentive mother when her kids are home in the evenings.