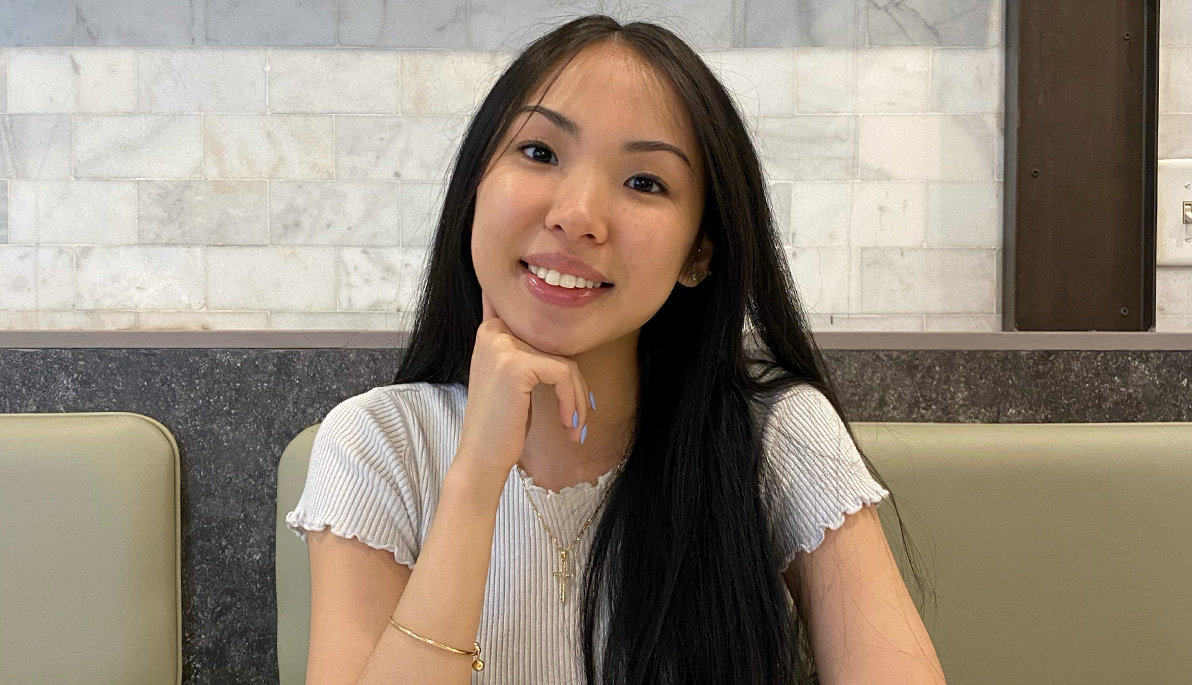 Between rigorous coursework and assignments, future engineer Kathryn Vu, a first-generation student in the B.S. Electrical and Computer Engineering program, has crafted another identity for herself: seasoned leader.

Look no further than her work with the sorority Sigma Sigma Rho, which provides service within the South Asian community on campus. Vu serves as the chapter’s president, and her hard work helped to earn its chapter status to become a recognized New York Tech Greek-letter organization.

Vu’s involvement in New York Tech’s Greek Life recently earned the attention of those outside the institution. This year, the Northeast Greek Leadership Association honored her with a 2021 Greek Leader of Distinction award.

As she prepares to graduate this May, The Box sat down with Vu to learn about how she intends to combine her leadership skills and passion for STEM to advocate for progress and representation in these fields.

What led you to study at New York Institute of Technology?
I chose New York Tech since it was close to home, and it offers my current program, the Accelerated Program for electrical and computer engineering. When I visited the campus for the first time, I just knew it would be my second home. I loved how welcoming the other students and staff are.

Why did you choose to pursue a degree in this field?
I saw how male-dominated the STEM programs were, and I felt that there needs to be progress towards diversity. Also, as a first-generation student, I wanted to make my family proud by choosing a major that focuses on change.

Congratulations on earning the Greek Leader of Distinction award. Tell us about your achievements that helped you earn this recognition.
The Northeast Greek Leadership Association is an organization that focuses on developing and educating students and professionals in the Northeast. As a student leader, I was fortunate to receive many opportunities at New York Tech. I was on the Inter-Fraternity and Sorority Council for two and half years and served as the president for one and half of those years. I am currently the president of Sigma Sigma Rho Sorority, Inc. – Alpha Alpha Chapter, co-president of Phi Eta Sigma, secretary of the Latinx Student Union, and a Bear Peer Leader.

As the president of my sorority, I was able to receive chapter status with the help of Diandra Macias [program coordinator for student engagement], Paul Ferrante [assistant director for student engagement], my chapter executive board, and the national executive board. It is such an honor to obtain the chapter status under my presidency since it takes a tremendous amount of work and time. One of the learning experiences I had as a leader is to always strive for the future. Although there might be times where I face difficulties, I learned that there is always room for improvement. Being awarded the Greek Leader of Distinction is such an honor, and I am thankful for the support from my Greek community.

How has New York Tech prepared you for the future and your career?
New York Tech has helped me tremendously. The New York Tech and Greek communities have taught me how to take action, especially in something I strongly believe in. I learned how to time manage, become a leader, and still be a team player. As an engineer, I will face challenges and situations that I may have never experienced before. However, I know that I am able to overcome any obstacles and that nothing can stop me from achieving my goals.