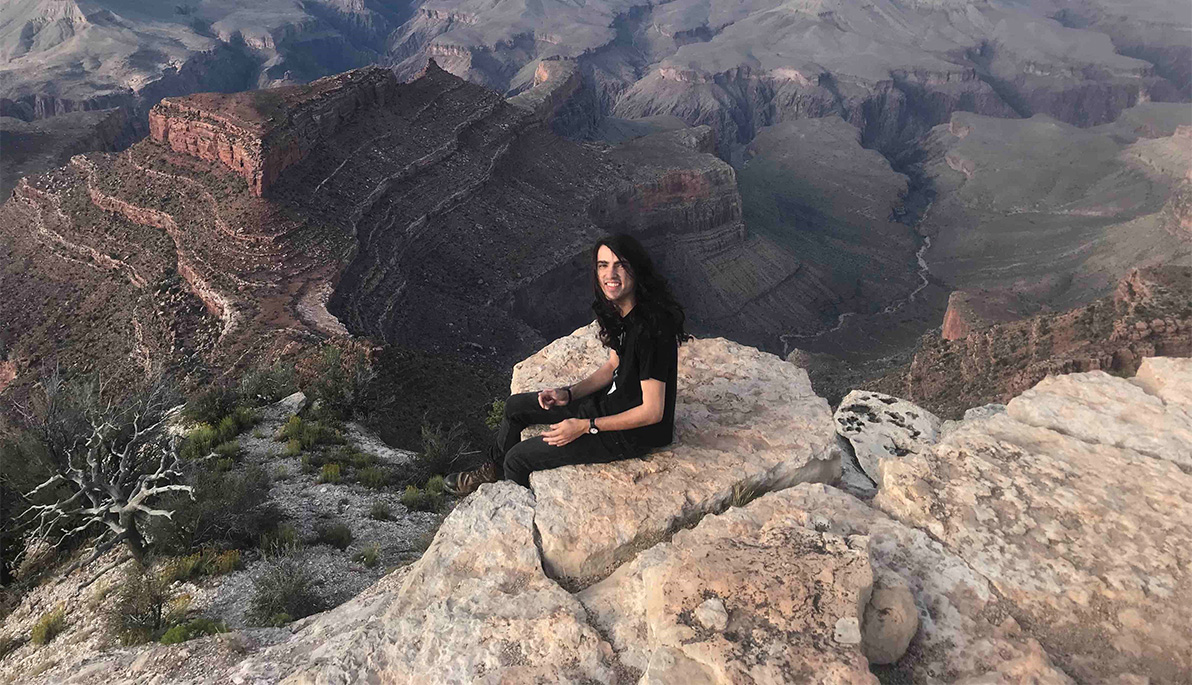 In the summer of 2019, Christopher De Leon was selected for a prestigious internship with the United States Navy. It was a rare opportunity that came as a bit of a surprise. “I met the recruiters at a New York Tech career fair in the spring, and they were really excited and eager for me to join,” De Leon recalls. “Knowing they are a branch of the military and I was a civilian, I had even questioned myself, ‘Why are they so interested in me?’ But I continued to pursue the position with a positive attitude.”

De Leon was especially excited to learn what cutting-edge technology he might have access to in this highly specialized, classified world. “I had a feeling that the scale of the projects and their importance to our military would leave me with the pride that I have served my country,” he says.

During his time with the Navy, De Leon worked with an electrical controls engineering group responsible for upgrading and servicing existing control systems on various naval ships. They mainly retrofitted older models to modern specifications. The job required him to work with mechanical and chemical engineers, and this inspired him to broaden his horizons. Soon, he began requesting to join teams outside of his project. “This helped me to learn what it means to be hands-on in the field,” he says.

De Leon is used to pushing his boundaries. In 2016, he enrolled in New York Institute of Technology’s B.S./Accelerated M.S. electrical and computer engineering program. It is an intense program where students can complete their bachelor’s and master’s in five years. Even with a heavy workload, De Leon looks for ways to enhance his learning experience outside of the classroom.

Before going to the Navy, he completed an internship with the MTA, working on upgrading various aspects of the signaling and communications systems. And in 2019, under the guidance of Associate Professor Cecilia Dong, Ph.D., he and fellow student Sang Won Choi led a team in the Undergraduate Research and Entrepreneurship Program (UREP) to develop a wearable and portable air quality sensor. The team created a functional model and a nonfunctional wearable 3-D printed version. “What sparked this idea was hearing about my friend’s experience on a visit to Thailand, where he encountered breathing issues due to the air quality,” he says.

In his four years at New York Tech, De Leon says he has grown as a student and as a person. He is grateful to his professors, not only for their assistance in his studies but for their moral support and encouragement. “In the past, I was somewhat closed off socially, but my professors have helped me open up and learn how to be independent in all aspects of life,” he says.

As he looks towards the future, De Leon is keeping his options open. “This field is very expansive and ever-growing,” he says. “There are so many subfields, and I want to have the ability to jump from one to another. One valuable thing New York Tech has taught me is that learning doesn’t stop when school is over. I have to continue to learn on my own. To be on a journey where I can learn forever. That is a beautiful thing.”