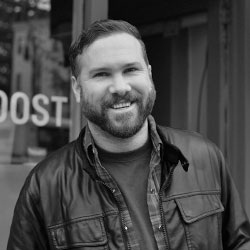 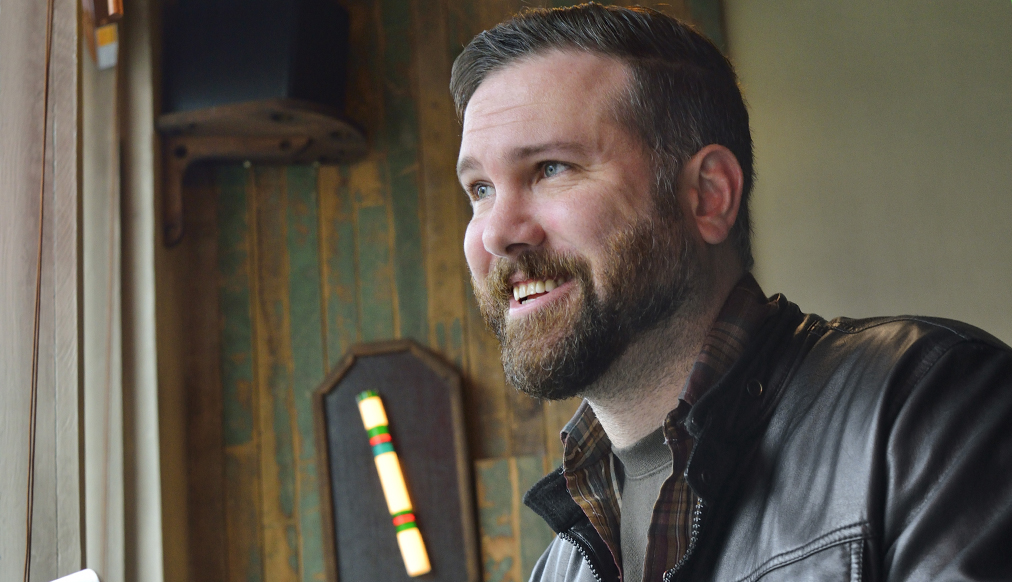 Peter Hoare beat the odds when he sold his first screenplay, Killing Hasselhoff. Now the "celebrity death pool" comedy, which stars Ken Jeong alongside a crew of celebrities as "themselves" (including David Hasselhoff), is generating buzz and readying for a release. Since selling the screenplay, he has also written for Comedy Central's Trip Tank, ando sold a TV pilot to The Tannenbaum Company, known for Two and a Half Men, and The Odd Couple. We sat down with Hoare to learn how he went from 9-to-5-er to an up and coming comedy writer in film and television.

After graduating, Hoare landed a job as a production assistant for MTV and then producer for MTV digital. Seven years later, he decided to shift gears. "I was working at MTV digital. One night, I was sitting in my car and just knew I had to get out," he says. Hoare spent the next nine months researching television shows and movies and writing his first script. "I always wanted to make unapologetically big-budget comedies, like the first Hangover and Old School," he says. He quit his job, then the real work began. Although he was a communications major at NYIT, he had never taken a screenwriting class. "I downloaded every screenplay I could find. When I finished my first script, I realized it wasn't good. I had to figure out a way to make it work. It was like a puzzle."

My favorite thing was the flexibility and being able to take classes that worked with my schedule.

To stand out from hundreds of other aspiring screenwriters, Hoare submitted his scripts to every competition, agent, and manager he could find. Eventually he won a screenwriting competition and got feedback from a manager. Hoare wrote several more scripts before Killing landed on the desk of David Hasselhoff--who loved it. "He saw the title and said, 'I'll do it!'" remembers Hoare. "The first day on set was a religious experience for me. I was very enthusiastic about it."

"I keep running lists of things I want to work into my scripts--funny stories, bits of dialogue, scenes, anything I want to remember." The idea for Killing Hasselhoff came from one of Hoare's buddies in Long Island. "My friend asked me to be in a celebrity death pool at his firehouse, and I said no," he explains. "I didn't want the bad karma ... but I thought it was a great idea for a movie." Hoare loves the film's absurd premise and welcomes feedback of any kind. "If this thing is nominated for a Razzie, I'll ride in on a steed," jokes Hoare. "All I care about is that it's super funny."

Hoare recently sold a second script and is working on projects for Comedy Central. While screenwriting is unpredictable at best, he tries to stick to a schedule, writing during the week and keeping the weekends for himself. Looking back, he's glad he made the jump to doing what he loves. "It's a victory if you can laugh at your own stupid jokes all day long," he says.

"The flexibility and being able to take classes that worked with my schedule."