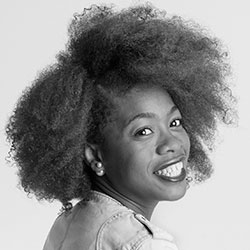 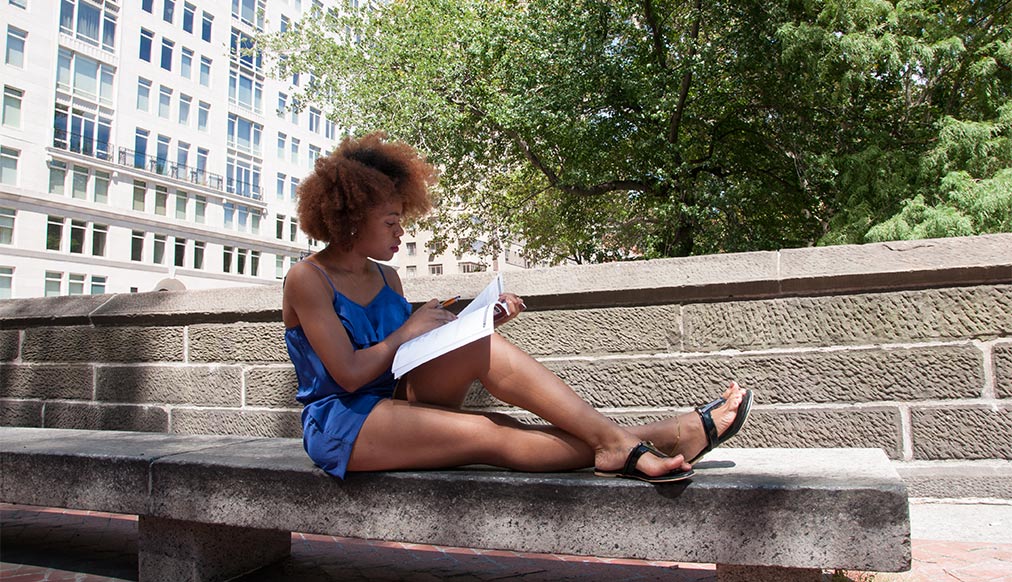 Marketing student Jonell Joseph is driven to overcome obstacles and to make her way in the world. While doing so, she acknowledges the steps forward she has taken by reaching back to encourage others.

A daughter of immigrants from Guyana, Joseph spent her first ten years in Brooklyn, sharing a one-bedroom apartment with her parents and three siblings. Eventually, her family bought a home in Florida, where Joseph attended high school. Her parents wanted Joseph to expand her thinking, experience a diverse environment, and “to raise me in a better neighborhood,” she says.

Joseph ended up living on her own there for several years. After high school, she earned an associate’s degree before returning to New York to transfer to NYIT. Coming to NYIT has taught Joseph how to thrive in any environment. “I made this discovery my first semester at NYIT,” she says. “I immediately set goals and sought out the best people to help plan my future.”

One of these plans was to study abroad. But how? Joseph attended a study abroad fair during her first weeks at NYIT. There, she learned two important things: first, she could likely study for a semester at NYIT’s campus in Nanjing, China, without delaying graduation; and second, she could apply for a scholarship funded by the United States Department of State that helps pay for non-traditional study abroad opportunities. After the event, she was determined to study abroad in China.

After months of effort supported various NYIT mentors, Joseph was awarded a 2016 Benjamin A. Gilman International Scholarship. She went to China at the start of her senior year in fall 2016 with the largest group of New York-based students to study at NYIT-Nanjing.

Joseph says the lengthy scholarship application process made her appreciate how far she has come academically, socially, and professionally. “With the help of my parents’ determination, guidance from teachers and advisors, and my own personal goals, I am not another statistic,” she says with satisfaction.

As a follow-up to her semester abroad, Joseph has another plan: to “plant seeds of success” by mentoring elementary and middle school students in her Brooklyn neighborhood. “Planting a seed of success is all most students need in order to realize their worth,” she says. She hopes to encourage children to set ambitious goals, including studying abroad.

“In my life, it has often taken only a few extra minutes for me to understand that someone else cared about my future and wanted me to go beyond my expectations,” says Joseph. Through all her challenges, Joseph has pushed her limits, and her expectations for herself and her future have been transformed.