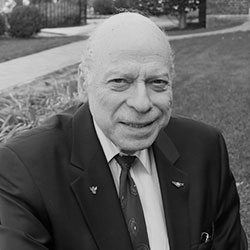 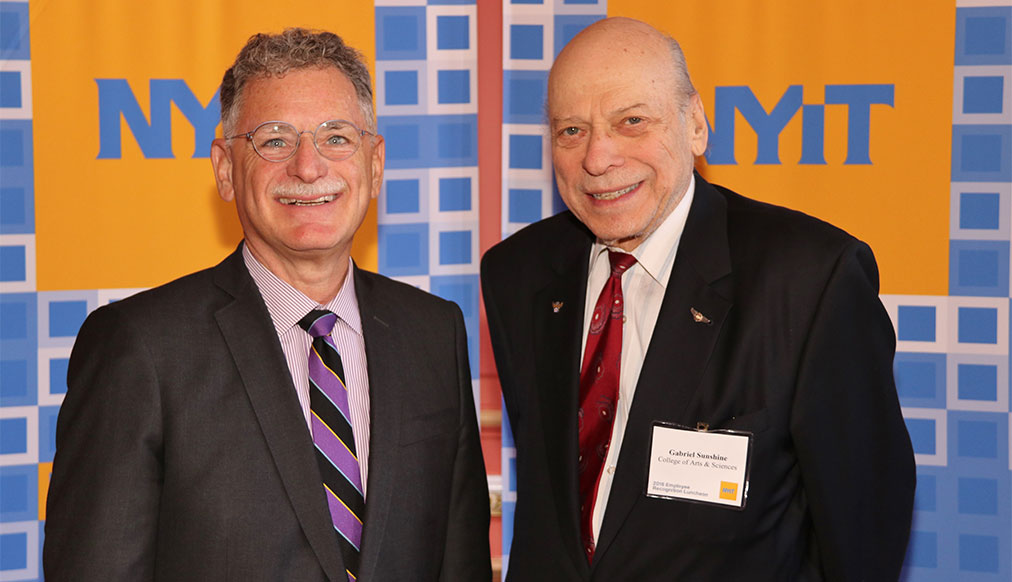 Professor Gabriel Sunshine, Ph.D., has been known to have his head in the clouds—and fly at Mach 2 while doing it.

That’s because the NYIT physics professor, who is one of the university’s longest-serving faculty members (he started teaching at NYIT in 1966, and previously taught at New York University and St. John’s University), is also a former Air Force colonel and pilot with more than 5,000 military flying hours. Sunshine earned his pilot wings in 1957 and has flown planes including the F-86 Sabre Jet, F-102 Delta Dagger, F-106 Delta Dart, and T-33 Shooting Star. As a reservist, he flew many missions worldwide in a C-141 Starlifter transport, including to Vietnam and Israel, on weekends, holidays, during intersessions, and during summer breaks—all without missing any of his NYIT teaching obligations. He retired from the Air Force in 1986 after three decades of decorated service.

Since 1967, Sunshine has held office hours in room 126 in Harry Schure Hall at NYIT-Long Island. “I’ve been here since the day the building opened,” Sunshine said. His first office was located in a small chateau, which no longer stands, along the road to Education Hall. The physics professor still keeps an ornate brass lamp on his desk as a souvenir from that office, located near a bookshelf packed with physics textbooks and walls covered with images of airplanes he’s flown.

Sunshine joined NYIT following a conversation with the university’s founder and first president, Alexander Schure, Ph.D. The Air Force pilot had just earned a master’s degree and Ph.D. in physics from New York University and was a physics professor at St. John’s University at the time.

“I met Alex through a mutual friend,” said Sunshine, who landed a spot at NYIT during one of its most historic milestones: the opening of the Long Island campus, which the university purchased in the early 1960s from the estate of Cornelius Vanderbilt Whitney. “He told me about his plans for NYIT,” Sunshine added, “which included a medical school.”

For 50 years, Sunshine has been witness to NYIT-Long Island’s rapid growth as he helped sharpen skills and shape careers of countless NYIT students. “I enjoy playing a part in their development.” Sunshine’s parents emigrated from Eastern Europe, and he said, “I feel so blessed to be in this country and I want to give back.”

Every year, he receives correspondence from former NYIT students thanking him for his instruction and guidance. “They all start the same: Dear Professor Sunshine, I wasn’t always happy when you kept pushing me to study but now I get it and I appreciate it.’”

Sunshine was honored alongside 154 other NYIT colleagues at a November 17 luncheon at NYIT de Seversky Mansion for their long service to the university. He was the sole honoree recognized for 50 years of service at NYIT, and he intends to send more graduates out into the world. “I have no definite plans to retire anytime soon,” he said.

Though he’s no longer breaking the sound barrier in a fighter jet, Sunshine still enjoys piloting twin-engine civilian aircraft out of Republic Airport in East Farmingdale, N.Y., where has accumulated another 2,000 civilian flying hours, often bringing along friends and students for the 5,000-foot view.

“I still like to get in the sky and breathe the air,” he said.