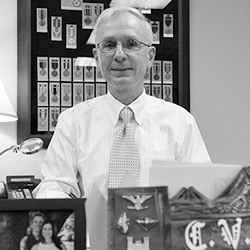 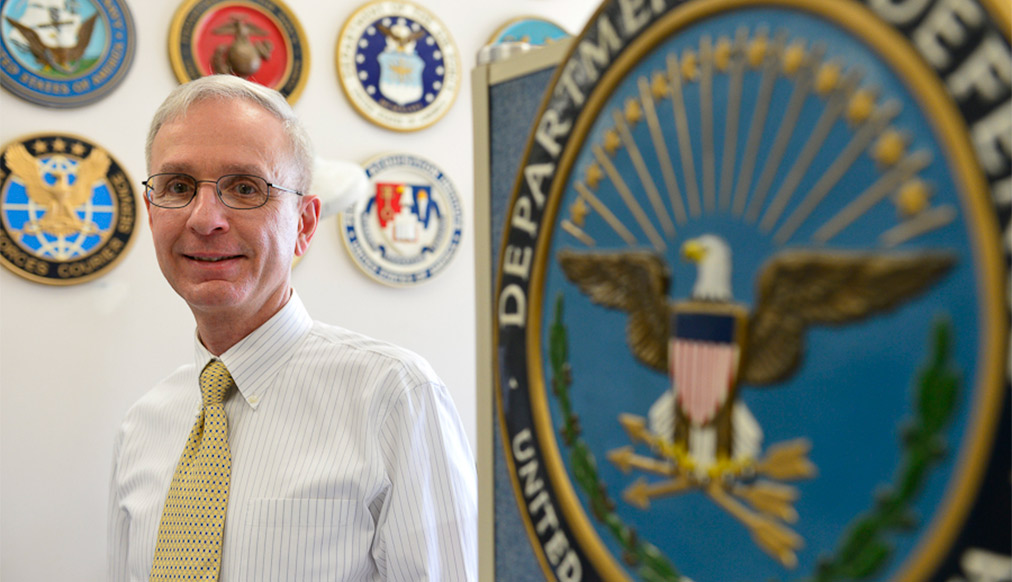 Charles Mugno has the notable distinction of being a foremost expert on heraldic symbolism. I always had an interest in the design of our national symbolism, specifically in the study of military medals, Mugno says. Now, he is director of the United States Institute of Heraldry (a segment of the Department of the Army), located near Washington, D.C. The position requires an encyclopedic knowledge of historically significant symbols and colors, not to mention a flair for visual storytelling.

The Institute of Heraldry (TIOH) is responsible for the design and development of our National symbolism. It provides this unique service for The White House and all agencies within the Federal Government, he says. This includes such things as coats of arms, decorations, flags, organizational seals, and military insignia. For example, during the early 1940s TIOH was instrumental in designing the Presidential seal and coat of arms that are often noticed on the President's podium, office spaces, and aircraft.

This isn’t the first time Mugno transitioned his interests into a career. When a summer job cleaning up construction sites ignited a passion for building, he decided to study architecture. He knew he needed a more robust program than his college at the time offered, so he set out to find a new home. When I found NYIT, it was a turning point in my life, he says. I attribute much of my success to NYIT’s technical curriculum and highly-dedicated faculty, which prepared me for the challenges of professional life.

NYIT also instilled in Mugno a sense of camaraderie, a value he would carry with him as a combat engineer in the United States Marine Corps. We were trained in all aspects of construction: small buildings, structures, bunkers, roadways, water purification systems, he says. I also learned about explosives and demolitions.

His time in the military sparked his enduring interest in heraldry, and after serving as a U.S. Marine for 29 years, he retired as a colonel and turned his hobby into a full-time profession. They say: ‘If you love what you do, you’ll never work a day in your life,’ Mugno says. Well I can say without a doubt I’ve never worked a day in my life.

Favorite professors: Professor Pepper taught my first architectural design class. He was very insightful and pushed me to achieve my full potential in architectural design. Professor Chichi taught engineering and was absolutely brilliant. He could use a slide ruler (yes, I'm really dating myself by saying that) faster than most students can use a calculator.

Favorite spot on campus: The School of Architecture Building; it was wonderful being surrounded by such creativity. I learned a lot from my fellow students and I always enjoyed seeing the drawings and models that were on display in the classrooms and hallways.