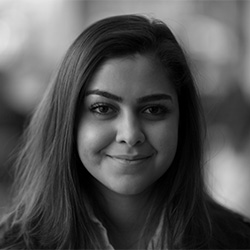 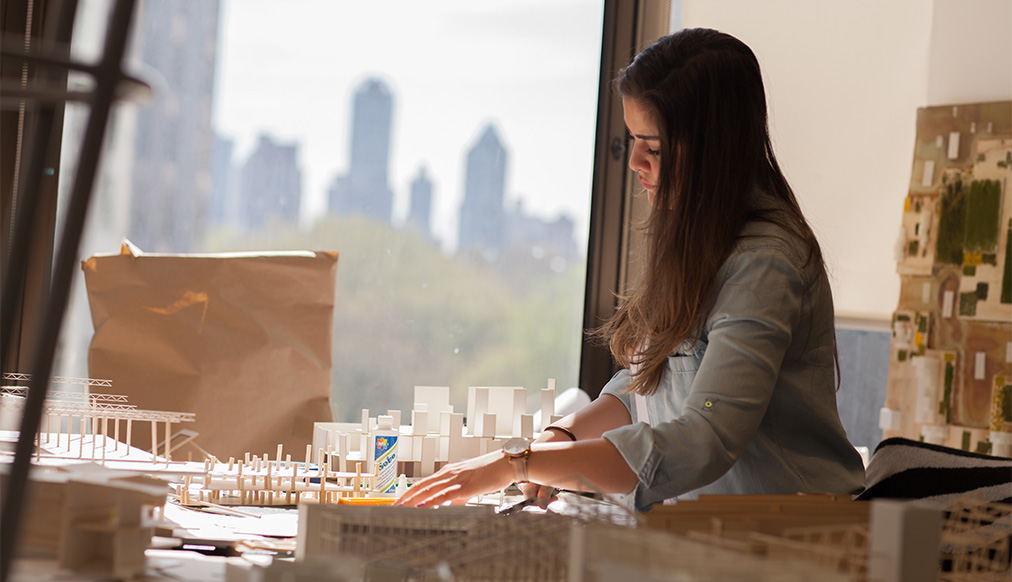 As Aynaz Alaei was growing up in Dubai, spectacular flights of architectural fancy were suddenly rising from that ancient ground to create the most modern skyline on the planet today. A natural artist who also excelled at math and physics, Aynaz decided during high school that she wanted to become an architect—one who might, one day, add her own vision to the inspiring backdrop for her life so far. But when it came to choosing where to get her degree, she set her sights a world away, on NYIT in New York City. "Coming here alone at age 17 was something that I had to do," she says, in spite of her mom's initial tendency to "freak out" about her daughter's readiness to live and study in a city so far from home.

As a student at NYIT, Aynaz has never been more certain that her leap of faith landed her exactly in the place where she belonged—academically, personally, and professionally. She lived in a residence hall for first three years, and continues to enjoy the friendships she forged there with students from other majors. That brought a welcome balance to the intensity and crazy-long hours that architecture students typically spend immersed in their work together. Yet among her fellow architects, her teachers, and professional mentors, she has truly found her tribe. "Architecture at NYIT is like a family. We have to handle each other at our best and our worst," and even at their smelliest at time. "Some weeks it'll be gross. We'll be spending so much time in the studio that we have to go shower at the gym and come back. But then you get to presentation day, and it's all worth it."

All the time and training is already paying off for Aynaz in the real world. She is currently interning with an architectural firm in Times Square. Her first-day jitters on the job dissolved as she realized how well prepared she actually was to step into the professional world and perform with confidence and competence. "The architecture curriculum is very practical and connected to real life. So many of our teachers work in real firms; they take you out of the classroom and involve you in real projects. They also encourage us to learn the science as well as the art behind it." She is also grateful to the NYIT's Discovery Core curriculum for rounding out her major with the kinds of practical and interpersonal advantages she's finding so effective in the business world. "It's skills that everyone needs to have in their working life."

At NYIT, Aynaz has turned the teenage dream and determination she brought with her from Dubai into the very real foundation for a future that can take her anywhere she wants to go from here. Along the way she, too, has undergone a more drastic transformation than she might herself have noticed. Until, that is, she returned home to visit during school breaks. There, she found a mother no longer worried about the nervy 17-year-old who had left three years before. Instead, Aynaz says, her mom remains amazed. "She's like, 'You're acting more like a 30-year-old than a college student!'"