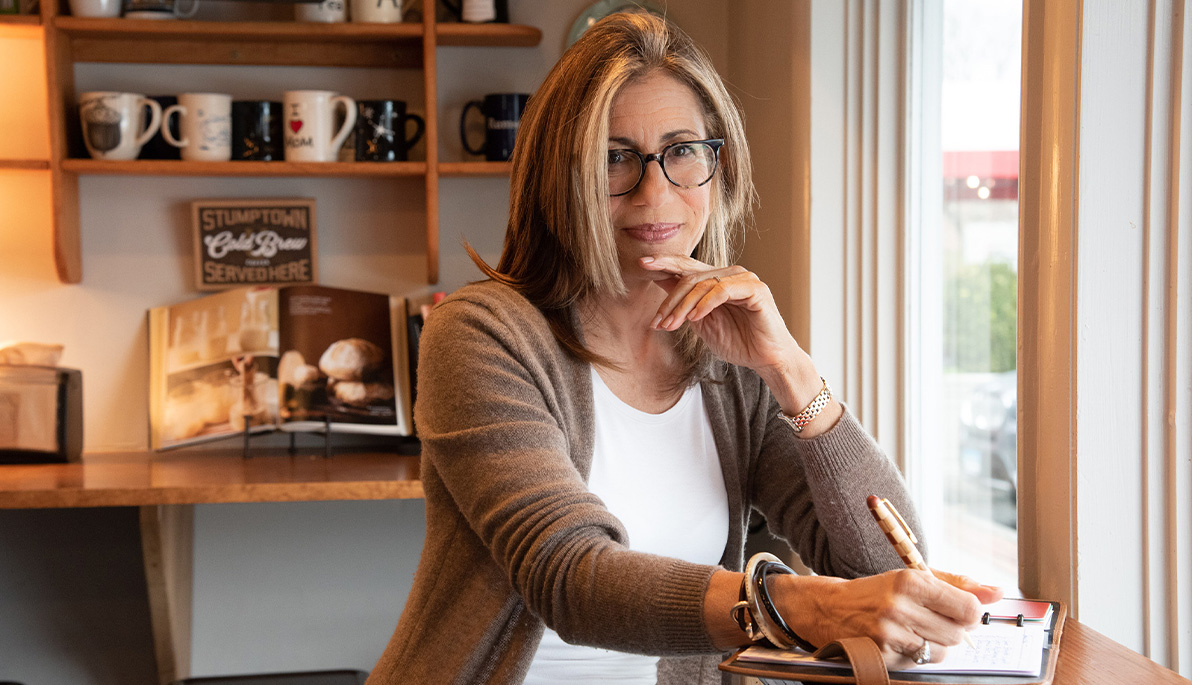 “I am a mission-driven person. It’s behind everything I do,” says Virginia Gambale (B.S. ’84). She credits her professional success to several factors but says having supportive parents was crucial. “My dad was an incredible inspiration. He would always say ‘Virginia, I trust your judgment,’” she remembers. “And any time I tried and failed he would say, ‘Failure is a part of the path to greatness.’"

Gambale started on that path studying music performance, a passion that took her to the Hartt Conservatory in Connecticut as a piano major. But she soon decided to change gears. “At heart, I am a people person, and sitting in a practice room for 10 hours a day became less joyful,” she remembers. “My brother was using computers in his work, and he said, ‘You’d be great at this because you are left-brained and right-brained.’”

In the early 1980s, the world of computer technology was an exciting, cutting-edge field, and New York Tech was the perfect fit for Gambale’s change of direction. “I had already been in school a while and was anxious about starting from scratch, but New York Tech was so helpful,” she says. “They let me use my technical credits, let me take placement exams, and in the end, they helped me get my degree in about two years.”

From there, her career in technological management took off, eventually landing her in senior management positions at Merrill Lynch, Bankers Trust, Deutsche Bank, and Marsh & McLennan. “At one point, I and one other woman were the only female CIOs in any industry, and when I moved to Deutsche Bank Capital as an investor, I was the only female partner,” she recalls. In 2003 she found a way to combine all her expertise when she founded Azimuth Partners, a firm that assists other companies in the development of strategies for growth, innovation, and international expansion.

Gambale feels she reached the height of her career about a year ago when she became the chairwoman of a large public technology company called Nutanix. “Being a board director is the ultimate in leading companies strategically and operationally and becoming chair of the board is still so rare for women; I think NASDAQ-listed female chairs are under 16 percent,” she says. “It’s a role that allows you to set the tone for high-quality governance and facilitate the selection of a very diverse slate of directors, including those on all levels of skillset, gender, race, and domain expertise.” She has also sat on the board of several music organizations, serving as chair for the Newport Music Festival. “I do not sit on a board unless I believe passionately in an organization.”