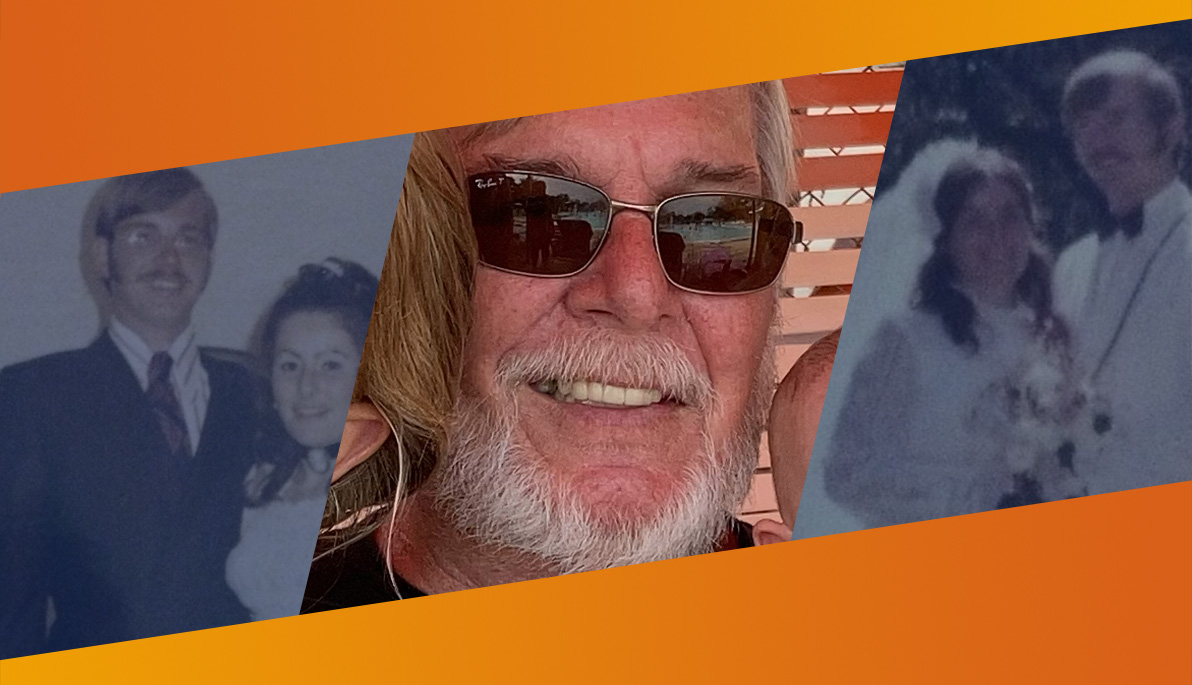 A Walk Down Memory Lane

It’s an understatement to say that attending New York Tech impacted the course of Thomas Kershaw’s (B.S. ’71) life. Not only did he end up pioneering a burgeoning industry, but he found love and partnership along the way. After a long career in federal service, he is now retired. The dedicated husband, father, and grandfather spoke to The Box about his time at New York Tech and how his long-term success unfolded.

Tell us a bit about yourself. How did you end up at New York Tech?
It was a wonderful childhood growing up on Long Island during the 1950s through the 1970s. After attending Polytechnic University in Brooklyn for a year after high school, I realized I wasn’t cut out to be a chemistry major like my older brother. That summer, a friend suggested we check out this relatively new college in Old Westbury. We rode his motorcycle up to Tech and met the admissions officer, who said that if we were able to get into Brooklyn Poly and Stony Brook, we certainly met the requirements for admission to New York Tech. I submitted my application and enrolled a month later.

As it turned out, New York Tech and I were an ideal fit. I changed my major from chemistry to mechanical engineering. Almost all of my instructors brought extensive backgrounds in their chosen fields in teaching. For example, my Strength of Materials instructor once gave us a problem to design: an I-beam for a bridge that was exposed to certain loads of weight-bearing, wind shear, vibrations, etc. After we completed our calculations and presented our results, he told us that the actual problem was one that his engineering firm was given to review for the Verrazano-Narrows Bridge, which was opened in 1964. I was impressed that some of the classwork we were doing was based on real-life problems, not just made up to fill a textbook. I still remember, and that was almost 55 years ago.

Tell us about your career and how the industry has changed over the years.
After graduating from Tech in 1971, I spent the summer with a friend on a cross-country road trip. When I got back, I resumed my job as a caddie on a golf course in Old Westbury until the fall, when it was getting too cold to make any money. The day I was going out to drop off my résumé at an employment agency, I got a call from the placement officer at Tech. He had just received a call from a company looking to hire two mechanical engineers and thought I would be an excellent candidate for them. I interviewed for the job and began working there the next day as a sales engineer designing pneumatic conveying systems. I worked for them for almost three years and then took a job working for the U.S. Air Force at Andrews Air Force Base [now called Joint Base Andrews] just outside Washington, D.C. I worked for the Air Force as a packaging specialist for almost 19 years and then took a position with the U.S. Army as a logistics management specialist, where I was responsible for designing and leading a team installing Radio-frequency identification tracking systems. I worked for the Army for almost 20 years, then retired from federal service in 2009.

Can you tell us about your "very New York Tech love story"?
I guess I’m a pretty lucky guy. When you go to a college with about 1,600 other guys and maybe 25 girls, the odds are stacked against you to meet someone. In my second semester at Tech, I met the first (and only) girl in one of my classes, Helene Klein. We dated for our remaining time at Tech. Helene and I were both active in the Student Government. After our engagement, we decided that we would like to get married on campus rather than at the college just down the road from Tech or any other typical wedding venue. After talking with Dr. Alexander Schure, New York Tech’s founder and first president, we explained our affection for the school and our desire to start a tradition of students getting married on campus. We got his enthusiastic endorsement. Two years after graduation, we got married in the Gerry Gardens on Tech, with the reception following in the Dairy Barn, which I believe is now called the Student Activity Center. We will be celebrating 50 years together in August 2022, and it all began in 1968 in Dr. Dechter’s psychology class at New York Tech.

You just marked the 50th golden anniversary of your New York Tech graduation. Congratulations! Can you tell us about your involvement in the celebrations?
My wife, Helene, graduated in 1970 from Tech. Since she was still working part-time, I volunteered to serve on the 50th Golden Anniversary committee spearheaded by Don Vogel and Sabrina Polidoro from Tech’s Office of Development and Alumni Relations office in 2019. Planning was going very well, and then COVID-19 hit and threw a monkey wrench into the works. The physical graduation ceremonies for 2020 were canceled as well as those for 2021. We are scheduled to begin plans again. During the last two years, I was able to connect with several of my friends and former classmates, and we’re both looking forward to spending some physical time with them next year.

What advice do you have for students or young professionals just starting out?
Keep in touch with the alumni office at least every five years. Our hardest job on the planning committee has been the lack of addresses and phone numbers for the vast majority of our former friends and classmates. The time goes by a lot faster than you can imagine. I can still barely believe that it’s been over 50 years since I graduated.