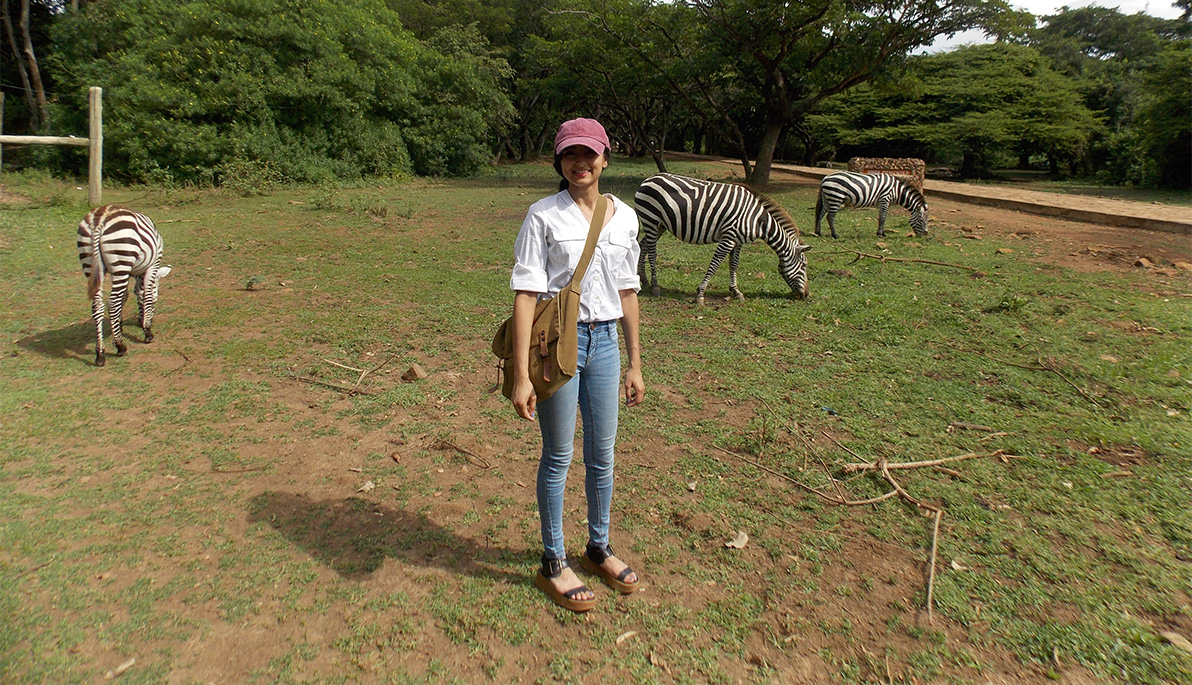 The World is Her Classroom

Krishna Parekh (D.O. ’19) has a passion for seeing the world and encourages all college students to travel.

“So much learning occurs outside of the classroom, in new environments,” she says. “You will think and learn more about yourself along the way. It doesn’t necessarily have to be a new country, but could be a different part of the U.S.”

She believes part of that curiosity for the world outside her door comes from being born into a family of immigrants, which she says gave her “the best of both worlds.”

“I am an American of Indian heritage, specifically Gujarati,” she says. “I was born in the U.S., and have been brought up speaking Gujarati, eating traditional dishes, and celebrating Indian holidays.”

Before starting classes at NYIT College of Osteopathic Medicine (NYITCOM), Parekh lived in Finland for a year on a Fulbright research scholarship in evolutionary and ecological biology. She studied stickleback fish genomics. “It’s one of my most memorable experiences,” she says.

Parekh has always had an interest in science and healthcare. At 18, she became an EMT (emergency medical technician). That experience convinced her to pursue medicine as a career. When it came to choosing the right medical school, Parekh said it seemed “meant to be.”

“I chose New York Tech because I knew that’s where I belonged,” she says. “I had an amazing interview experience, and I fell in love with New York Tech’s lush green campus in Old Westbury. I enjoy being outside and around nature, so having beautiful trees to study under was a plus for me.”

According to Parekh, she was drawn to osteopathic medicine because of the emphasis on looking at the patient as a whole. “It’s about understanding their body as a framework that supports their physiology,” she says. “We learn about the musculoskeletal system and how we can manipulate it to achieve better health.”

In her final year at New York Tech, Parekh went on a trip to Kenya organized through the Family AIDS Care and Education Services (FACES) in partnership with Kenya Medical Research Institute (KEMRI) and University of California San Francisco. There she assisted in clinics that are focused on improving HIV care for vulnerable populations in Kisumu County.

“In the clinic, I spent time seeing patients and prescribing the proper antiretroviral therapy (ART) regimen and gathering information regarding the level of HIV control and the state of their immune system,” she says. “At the end of the first day, approximately 400 patients had come through.”

“It’s very important to travel internationally to understand the world outside of your bubble,” she says. “Everyone is trying to live their lives one day at a time, and there are social determinants that prevent some people from reaching their full potential and achieving optimal health.”

Her trip to Kenya was not the only time Parekh traveled on a service-learning trip. She also volunteered with New York Tech’s Science and Technology Entry Program, mentoring high school students. She was also an intern for New York State Area Health Education Center, where she worked on a qualitative research project at the National Multiple Sclerosis Society in Manhattan; and she volunteered for New York Tech’s Rock Steady Boxing, a non-contact boxing program aimed at using physical activity to alleviate some of the physical symptoms of Parkinson’s disease.

With all her experiences and passions, there are many directions Parekh’s life and career can take. For now, she is exploring her options one day at a time. “I know for sure I want to make a global impact whether through research or advocacy or both,” she says. “I am pursuing a neurology residency with an interest in various fellowships, such as neuroimmunology, neurogenetics, vascular neurology, and neurocritical care. I can see my life going in multiple directions.”

Parekh is currently doing her Postgraduate Year One residency in internal medicine at Northwell Mather Hospital “My first year focuses on gaining experience in internal medicine and building a foundation before focusing on my specialization in neurology,” she says. In July 2019, Parekh will begin a neurology residency at Stony Brook University Hospital.