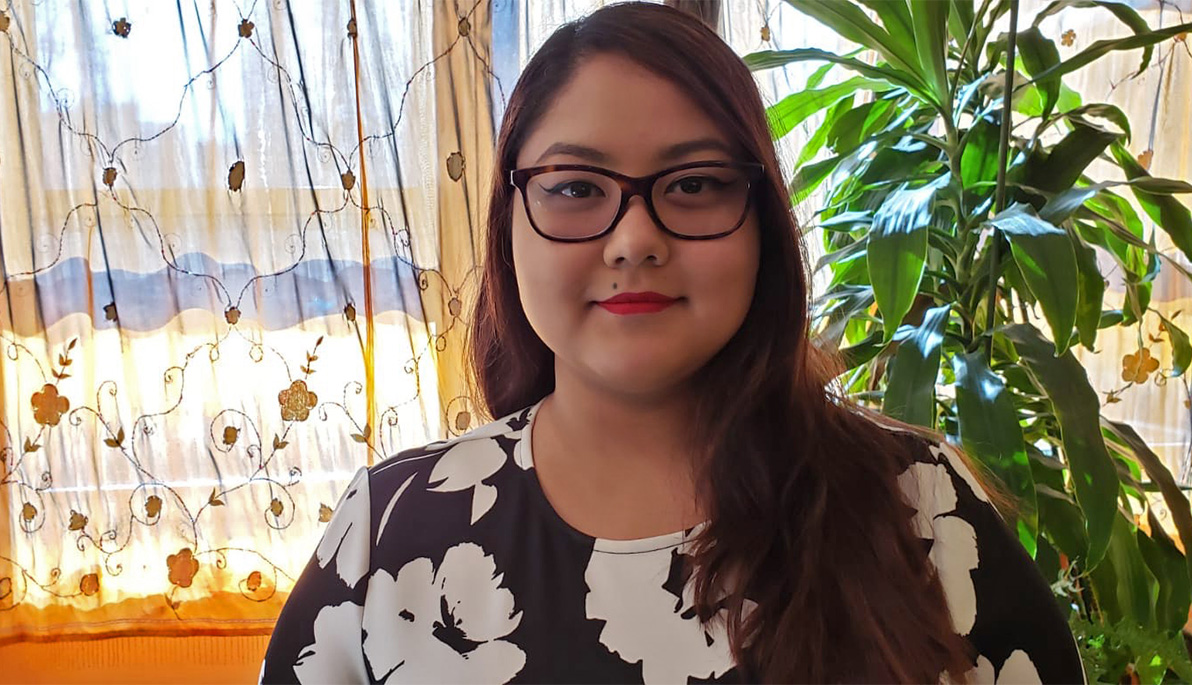 As a computer engineer, Dominica Jamir (M.A. ’21) says she “was always interested in how the back-end would connect to the front-end in order for users to have the best experience of new products.” These observations led her to the field of UX/UI design and development and New York Institute of Technology’s master’s in UX/UI (user experience/user interface) design and development program.

Since graduating, Jamir launched her own company, AR-VR & UX-UI Enterprises. The company collaborates with clients for empathic solutions resulting in the best user experiences for their services and products.

Before coming to New York Tech, Jamir earned a bachelor’s of engineering in computer science at Dayananda Sagar College of Engineering in Bangalore (Bengaluru), India, a southern city sometimes called “India’s Silicon Valley.” Her undergraduate degree had taught her the ins and outs of technology, and her first job taught her about some critical needs in design and human/computer interactions. “Developers and creators of new technologies,” she says, “need to approach future products with a thoughtful, empathic eye toward user-friendliness. I chose New York Tech because of its reputation, the UX/UI curriculum, and its location,” says Jamir. “The curriculum provides students with necessary design and hands-on development skills, including AR (augmented reality) and VR (virtual reality). These are essential for a successful career in industries such as entertainment, gaming, engineering, science, medicine, and the military.”

At New York Tech, she received the hands-on, project-based learning that gave her the knowledge and the edge to venture out on her own. “When it comes to learning,” she says, “I prefer experiments over theory. In hands-on learning, I get to experience, learn, and retain via three senses: visual, audio, and touch. In my opinion, working on real projects improves a student’s learning experience and ability to retain knowledge.”

Perhaps Jamir’s most important takeaway from her master’s degree will be the in-depth acquaintance she is gaining in the fields of AR and VR. “The use of VR and AR is incredibly powerful,” she says. “As an avid video game player, I was always mesmerized by the evolution of video game technology, and I wanted to know the tech behind video games in VR. I was thrilled to discover that at New York Tech, I would be learning about something I was already so passionate about.”

Jamir sees a big role for AR and VR technologies in the future. “The need for AR/VR platforms is growing, as is the need for UX/UI understanding,” she says. She envisions VR applications for fields like recruiting employees, online shopping, getting fashion advice, or even “experiencing live concerts from anywhere you choose.”